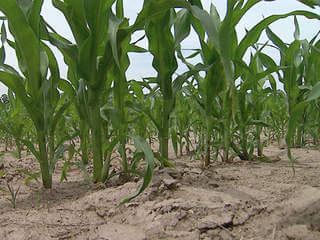 Researchers have developed a new variety of biotech corn that carries a natural resistance to the herbicide 2,4-D. Some NGOs are trying to stigmatize this innovation by dubbing it “Agent Orange corn,” after the infamous defoliant used during the Vietnam War.

Activists are concerned, primarily because the new strain of corn has an engineered resistance to the herbicide 2,4-D that allows it to be used all season long. They claim that exposure to the herbicide can cause severe health problems, such as cancer, liver toxicity and reproductive problems, and that “2,4-D damages neighboring crops more so than any other weed killer.”

Scientists contend that this new herbicide resistant corn has been tested for years and promises to become a useful tool in crop protection, due to the fact that weeds are continuously developing greater resistance to other herbicides.

The herbicide 2,4-D, it is the most commonly used herbicide in the world, and it is registered in more than 60 different countries. 2,4-D was a key active ingredient of Agent Orange. But as Bill Horan, a director of the pro-industry website Truth About Trade & Technology and full time farmer points out, 2,4-D was not the harmful part of what came to be known as Agent Orange.

Since December 2011, when the USDA approved a strain of the genetically modified corn, more than 140 activist groups have urged the USDA to re-examine the product more closely. They are pushing for a rejection of the application made by Dow AgroSciences, the seed’s creator.

The Agent Orange corn controversy is just one facet of an ongoing anti-biotech campaign. Members of “Just Label It” are lobbying to label all foods produced in whole or part using biotechnology, even though the cost would be significant and leading international science agencies suggest the benefits to consumers would be minimal.

The government has not yet made a decision regarding the release of the 2,4-D corn seeds. But many of those who are on the front lines of farming, the farmers themselves, just want solutions.

As Irvin Handy, a farmer in Delaware, said in a CBS News interview, “Farming is a lot easier with the chemicals and the chemistry that these people have produced for us.”