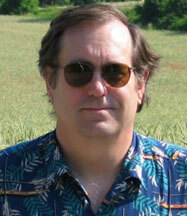 The ongoing hullabaloo over the controversial Seralini study and questions about the safety of foods made from genetic modified crops has obscured another line of attack on biotechnology by the Hydra of GM critics: claims that GM crops are environmentally unfriendly.

Noted organic scientist Charles Benbrook of the University of Washington recently released a summary of his published study assessing the use of pesticides since the introduction of GM crops in the 1990s. A fierce and respected critic of GM technology, Benbrook claims his data shows that pesticide use has gone up in the US over that time.

News coverage of the Benbrook study was motley and often highly politicized. There was the expected selective presentations from anti-GM journalists such as Tom Laskawy at Grist, Tom Philpott at Mother Jones and at organic publisher Rodale. But more disappointing was the botched context provided by more mainstream sources. Reuters, for example, echoed Benbrook’s views uncritically, blaring in a headline that “GMO crop technology backfires.”

Within days of the first wave of media coverage, the more responsible press weighed in and contextualized analysis emerged. Keith Kloor, the respected Slate contributing writer, offered his analysis of how many reporters misplayed the story out of the gate.

Former UC Davis scientist Steve Savage, who had nice things to say about Benbrook, put the organic advocates claims in a different perspective, and reached a far different conclusion. He viewed the extremely modest multi-year increase in the use of some pesticides—less toxic versions than ones used previously—as a sign of significant environmental progress.

The blog Big Picture Agriculture broke down Benbrook’s numbers and found that pesticide use is actually falling on a yield per acre basis—in accord with what biotech proponents have claimed would happen—but warned that trouble may lie ahead.

Benbrook’s broadside aside, what’s most interesting as the debate unfolds are signs that a scientific consensus is gradually but surely emerging that GM crops do not pose unmanageable environmental threats. Supporters and critics of biotech crops agree that crops bred for a natural resistance to pests harm biodiversity less than conventional crops because glyphosate, the pesticide used in conjunction with GM crops, is less persistent in the environment and less toxic to animals.

As New Scientist noted this week conservationists, once diehard opponents, have sharply reduced their vitriolic opposition. It noted, for example, that in 2004, the International Union for Conservation of Nature called for a halt to the release of GM organisms, but by 2007 it had published a report saying there was “no conclusive evidence of direct negative impacts on biodiversity of GMOs that have been commercially released”.

By 2010, Michael Marshall also noted, the once skeptical US National Research Council Reporter had concluded: “[G]enerally, GM crops have had fewer adverse effects on the environment than non-GM crops produced conventionally”. The same year, a European Union report summarized 10 years of research, saying GM crops “are not per se more risky”.

The evolution in views, Marshall wrote, is largely because “claiming that GM crops are environmentally harmful is difficult to back up.” But what about Benbrook’s claims? The magazine quoted scientists who believe there are more than nits to pick with his methodology and conclusions.

Benbrook made subjective estimates of herbicide use because the data, provided by the US National Agricultural Statistics Service, doesn’t differentiate between GM and non-GM crops, said Graham Brookes of PG Economics, a consultancy firm in Dorchester, UK. Brookes crunched the almost identical data and published a peer reviewed report earlier this year that reached a far different conclusion: GM crops may actually have reduced worldwide pesticide use by 9.1 per cent.

The disparity can also be explained by the unique toxic profile of glyphosate. While traditional herbicides don’t work on all weeds, resulting in farmers spraying their fields multiple times, the far more effective glyphosate, which attacks most weeds, can be sprayed fewer times for the same effect.

Every technology comes with trade offs. Farmers have seen an emergence of weed varieties—22 at current count—that are resistant to glyphosate. That’s a problem in conventional agriculture as well of course. So-called superweeds may signal danger ahead—or as New Scientist suggests, perhaps it’s only a temporary reflection of the current market reality that farmers have a limited menu of GM crops to choose from. With more variety of crops using different pesticides, resistant-specific weeds would be less likely to emerge. The issue then morphs into a debate over patent protections and not the science behind GM technology.