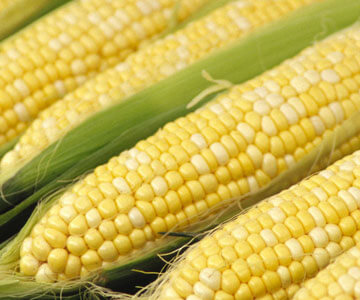 We are now two months into L’affaire Séralini—the publication of a maize rodent study by French scientist Gilles-Eric Séralini and seven co-authors, which has been vigorously dissected by the media and scientists on all sides of the genetically modified organism (GMO) debate.

The study concluded, controversially, that rats fed corn genetically modified for herbicide resistance (NK603), with or without the herbicide, Monsanto’s Roundup, developed grotesque tumors—findings that contradict known studies, dozens of them, published to date.

The immediate and consistently acidic reaction by most scientists was compounded by the ire of mainstream science reporters miffed at the Séralini team for not providing journalists with an advanced copy of the study, publishing an anti-GM book on the same day that the study was released and for promoting similar studies in the past that purported to ‘prove’ the dangers of GM foods that were later discredited as scientifically weak.

The French and Russian governments quickly launched investigations into the safety of NK603 and Russia and Kazakhstan placed temporary bans on its imports. Six leading French academies quickly reviewed the study and issued an unequivocal condemnation: “Hyping the reputation of a scientist or a team is a serious misdemeanor when it helps to spread fear among the public that is not based on any firm conclusion,” the academies’ statement said.

After an expedited review, the French food safety authority ANSES, concluded that the study “did not cast doubt on previous assessments of [the safety of] NK603,” although the agency called for large-scale studies on “insufficiently documented health risks.”

Food and Chemical Toxicology, which published the study in September, recently released more than three dozen response letters from top scientists in its November issue and a response from the Séralini team. Among the highlights:

Alexander Y. Panchin, Russian Academy of Sciences:  Analyzed and dismissed the study because of its lack of statistical significance in the mortality rates or the number of tumors in rats.

Andrew Cockburn, University of Newcastle, contended the study had no “logical hypothesis” and does not “meet current standards of scientific adequacy.” He questioned “how this paper passed review in its current form and the impact of this for the normally high standards adopted by your Journal.”

Frederick Schorsch, European Society of Toxicologic Pathology (ESTP), cited numerous methodological deficiencies, including the misinterpretation of lesions, the bungled presentation of pathology results, the absence of reference to ‘good practices’ in toxicologic pathology and the mistreatment of animals (which showed immense tumors) in what appeared to be an attempt to make a political point.

There were requests that the paper be retracted.  Mark Tester, Australian Centre for Plant Functional Genomics, University of Adelaide, noted that Seralini’s research is anomalous. Previous peer-reviewed rat feeding studies using the same products (NK603 and Roundup) have not found any negative food safety impacts. The Japanese Department of Environmental Health and Toxicology released a 52-week feeding study of GM soybeans in 2007, finding “no apparent adverse effect in rats.” Earlier this year, a team of scientists at the University of Nottingham School of Biosciences released a review of 12 long-term studies (up to two years) and 12 multi-generational studies (up to 5 generations) of GM foods, concluding there is no evidence of health hazards.

More than two dozen scientists from around the world co-signed a stinging rebuke of the Séralini study, concluding: “We appeal to you to subject the paper to rigorous re-review by appropriate experts and promptly retract it if it fails to meet widely held scientific standards of design and analysis, as we believe it fails to do.”

Séralini and his seven co-authors mount their own defense in Food and Chemical Toxicology. They dismissed most of the criticism as coming from industry sympathizers or corporate scientists, claiming they had “no right to review the results” because of their alleged conflicts of interest. They produced a chart to respond to some of the criticisms, and offered more substantive responses on some issues, for example defending the choice of a rat strain prone to tumors. They reiterated their refusal to release their raw data, yet concluding, defiantly, “GM NK603 and R cannot be regarded as safe as long as their safety is not proven by further investigations.”

Some scientists (although few geneticists), almost all of them from the activist-scientist anti-GM community, have come to Séralini’s defense. Two anti-GM science groups, the European Network of Scientists for Social and Environmental Responsibility (ENSSER) and the French Committee for Research and Independent Information on Genetic Engineering (GRIIGEN), which partially funded the study, rebuked some of criticisms but generally mounted an ad hominem response over what it maintained were ad hominem attacks against Séralini.

The activist sizable anti-GM NGO and journalism communities, which have been the study’s most vigorous defenders have been stunned by the critical reaction to Seralini’s study and his attempt to manipulate media coverage. On the defensive for the first time on this issue, they came together to compose an “open letter,” apparently fearing that the public tide may turn decisively against GM critics—which in fact may be happening if the rejection of California Proposition 37 is any indication. Their tactic: frame mainstream scientists as corporate apologists and dismiss the overwhelming and unprecedented reaction by the science journalism community against Séralini’s tactics as manufactured by “corporate influence.”

“When those with a vested interest attempt to sow unreasonable doubt around inconvenient results, or when governments exploit political opportunities by picking and choosing from scientific evidence, they jeopardize public confidence in scientific methods and institutions, and also put their own citizenry at risk,” the letter concluded. The polemic concluded that both the peer review process and the public debate are “rigged in favour of [corporations and] backed up by systematic suppression of independent scientists working in the public interest.”

In a just-released Nature commentary about the Séralini paper, Francois Houllier, President and Chief Executive of France’s public research Institut National de la Recherche Agronomique (INRA), asked, “How do we address the questions about the impact of GM crops, and how do we prevent this kind of negative reaction?” He proposed a laser focus on rigorous science, including an emphasis on more public finding for risk-benefit analyses—a position generally rejected by anti-GM activists—as well as “proper academic standards.” He specifically called for allowing research data to be inspected and outside experts to comment on the results—standards notably lacking in the handling of the Séralini paper).

Houllier also noted the vehemence of the anti-GM activist community, citing a GM grapevine rootstock study that was publicly funded with no intention to develop a commercial variety, but nevertheless vandalized.

Considering the science-resistant views of many in the anti-GM community, it’s questionable whether Houllier’s appeal to reason will have any impact. A thoughtful post on the blog New Antropocene by an Australian research scientist highlights the skepticism. “[R]igour is by all means valuable and something academic research should strive for, however none of this has much to do with the proceedings of Séralini et al. (2012), the author wrote. “The paper clearly had a preconceived agenda that had nothing to do with improving our understand of and human application within the known universe.”

The author continued: “Of course we want to know that the food we eat and give to our children is of the highest quality and safe, thus it seems plausible to conclude that the individuals behind this paper attempted to cash in on these rational fears by appealing to expert authority without submitting the basis for that authority to the critical review of the expert community! They took a short cut to maximise their impact—something that has, as Houllier states, undermined confidence in GM produce. This is unfair to the wealth of human knowledge as well as potential human well-being and entirely motivated by personal gain. … Rigour is not the point here at all; but instead it is academics knowingly subverting the course of public awareness of scientific understanding for personal gain. What needs to happen is more rigour in how science should be communicated to the public.”

A recalibration of the ethics and practice of science journalism may be in order, the author suggests. “Science communication needs to live by the principle of fair weight, not equal weight, to various ideas,” he writes. In other words, giving “equal time” to discredited, suspect or unscientific ideas may damage public discourse.

Jon Entine is senior fellow at the Center for Health & Risk Communication at George Mason University and executive director of the Genetic Literacy Project.