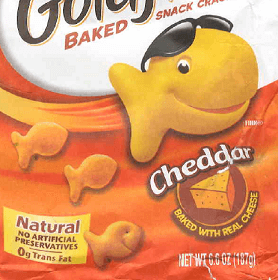 Defeated at the polls in California, anti-GM forces behind Proposition 37 have resurrected their campaign under the moniker GMO Inside. And they’ve come out guns blazing, backing a lawsuit that claims Goldfish crackers shouldn’t be labeled as “natural” because they contain genetically engineered soybean oil.

GMO Inside appears to be a rebranding of the coalition that lost 52-47% in November. The GMO Inside’s steering committee include many of the same organizations behind the California initiative: Green America, Food Democracy Now!, Nature’s Path, Nutiva and even the scientifically discredited Institute for Responsible Technology.

All of the same campaign elements of the original effort appear intact. They are demanding that all raw or processed foods offered for sale to consumers be labeled if its genetic material has been altered in a laboratory process and the banning of advertising of any transgenic food as “natural”. They are promoting the new effort on Facebook and Twitter.

Their first post-defeat initiative was an attack on Thanksgiving—a news release warning consumers to screen their turkey spread to make certain that genetically modified foods would not be “an unwelcome and hidden guest at your Thanksgiving celebration.” What if you had already bought a food with GM ingredients, which is almost a certainty? “[Y]ou can print GMO’ labels, place them on food, photograph and upload the photo to social media to warn family and friends,” suggested GMO Inside

The campaign strikes the same strident chords that turned off many California voters. Alisa Gravitz, CEO of Green America, which is the point NGO on the new effort, blamed their defeat on “corporate America” and accused corporations for using consumers as “lab rats” for genetically engineered foods.

The new website slams specific companies and products as being “suspect for GMOs” and provides lists of supposedly known non-GMO alternatives. Rick Keller, an agriculture reporter, notes that GMO Inside echoes the “don’t let a friend drive drunk” campaign by telling the public to warn their friends and families of GMO ingredient products—don’t let friends eat GMOs. “The suggestion is to use social media to post product pictures of those thought to have GMO ingredients,” he writes. 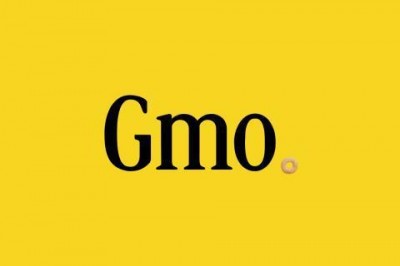 Their first viral attack came last week against Cheerios, which has a long-running Facebook promotion. General Mills launched a new “app” on their page allowing fans to post their thoughts about the cereal, which like most cereals contains genetically modified ingredents. GMO Inside jumped on the opportunity, launching a counter campaign urging anti-GMO activists to post negative comments on the company page—which is now filled with anti-GMO diatribes.

GMO opponents have also doubled down on their favorite weapon: litigation. This time they are targeting Pepperidge Farm, Inc., owned by Campbell Soup. A class action, filed in federal court in Colorado, alleges that Pepperidge Farm “has mistakenly or misleadingly represented that its Cheddar Goldfish crackers … are ‘Natural,’ when in fact, they are not, because they contain Genetically Modified Organisms … in the form of soy and/or soy derivatives.”

The California initiative would have banned bioengineered foods from being labeled as natural, but the language of Prop 37 was so sloppy that almost all foods made with soy oil—perhaps the most popular oil used in the food industry—would have been prevented from using the word.

A hidden battle here, as an editorial in the Los Angeles Times notes, is over the word “natural.” Ben & Jerry’s ice cream, a GMO opponent and a favorite of anti-GMO activists, was forced to drop the world “natural” from its label because its ice cream contained, among other things, partially hydrogenated soybean oil, which is made through a chemical process and has been implicated as an artery-clogging ingredient to be avoided. In contrast, there is no evidence that genetically engineered foods pose any harm to human health and there has not been one reputable study that suggests any harm is likely.

The U.S. Food and Drug Administration has never defined the term “natural” and has only stepped in when it’s used to describe products containing artificial coloring, flavoring or “synthetic substances.” Although it did not refer to Prop 37 directly, the FDA has said that a labeling policy like the initiative would be “inherently misleading.”

Should the FDA change course based on the simple idea of a “right to know,” as anti-GMO activists contend? Biofortied, the most prominent blog in the “Green Genes” movement that promotes the sustainable qualities of genetically modified crops and foods, has deconstructed that perspective. Safety, contends Rob Hebert, has always been the main labeling concern of the FDA. The agency determined it had no reason to single out bioengineered foods for special labeling because recombinant DNA techniques were really just extensions of traditional methods for developing new plant varieties–such as hybridization–which had not received special attention in the past. Curiosity alone shouldn’t be enough to spur new FDA labeling requirements, he wrote:

First, it places an enormous financial burden on industries that would have to investigate, document, and label the “level” of bioengineering that went into their product; second, it may mislead consumers into thinking that bioengineered crops are somehow less safe than their conventional counterparts; third, it places a burden on the FDA itself which must then divert efforts from safety labeling issues to consumer curiosity labeling issues; and fourth, it places no end on the information that consumers could require manufacturers to disclose

Sarah Fecht is a writer and editor at the Genetic Literacy Project.

Jon Entine is executive director of the Genetic Literacy Project and senior fellow at the Center for Health & Risk Communication at George Mason University.