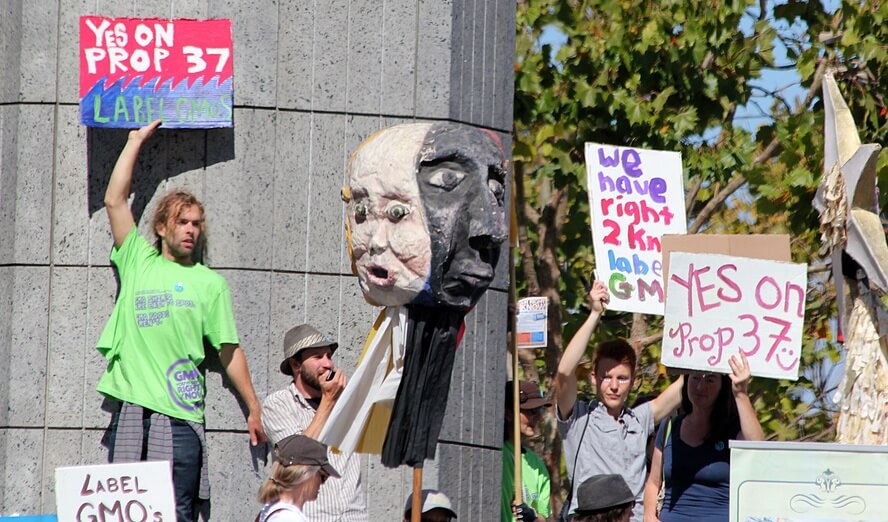 Genetic modification is neither good nor bad. Like any technology it is a tool. Like nuclear technology, fracking or advanced chemistry, it has the opportunity to provide vast benefits that should be weighed side by side with its potential costs, including unintended consequences. Any person or organization that focuses only on benefits or only on costs is not serious.

That’s why the international discussion touched off by the public apology, disavowing his once strident opposition to GMOs, by influential British writer and environmentalist Mark Lynas is so significant.

As Torie Bosch noted in Slate, “If you fear genetically modified food, you may have Mark Lynas to thank.” During the 1990s, Lynas emerged as a respected voice in opposition to global warming, nuclear technology and genetic modification of crops. He touted his focus on science to justify his positions and in fact had become a lay expert in climate science, making his writings on global warming compelling and convincing.

But that exactitude was missing from much of his other environmental writings, particularly his analysis of genetically modified organisms. Britain has been at the forefront of the anti-GMO movement and Lynas has been its philosopher and spokesman. As recently at 2008 he propagated the familiar line that greedy corporations are the biggest threats to the future of the planet.

“Thanks to the efforts of Lynas and people like him, governments around the world—especially in Western Europe, Asia, and Africa—have hobbled GM research, and NGOs like Greenpeace have spurned donations of genetically modified foods,” Bosch wrote.

But Lynas has more recently exhibited a rare quality for someone with such an unnuanced perspective: self-reflection. In 2011, in his book, The God Species: Saving the Planet in the Age of Humans, he publicly reversed course, reassessing his opposition to both GMOs and nuclear energy.

Then last week he went even further in a dramatic speech that sent shock waves through the sclerotic environmental movement. In an appearance at the Oxford Farming Conference at Oxford University he literally apologized for the damage he has done to the public welfare for his prior his anti-technology orthodoxy on genetic engineering in crops.

Lynas had become a folk hero among enviro-romantics for throwing a cream pie in the face of Bjorn Lomborg in 2001 (at Oxford University, curiously enough), screaming “pies for lies,” as the Danish author signed copies of his best-selling book, The Skeptical Environmentalist. Lomborg, who also used to echo the doomsday rhetoric of Greenpeace, Friends of the Earth, Center for Food Safety, Consumers Union, and Environmental Working Group, committed heresy by introducing metrics into his analyses and trying to apply cost-benefit and welfare economics theory to address environmental and social problems. In other words, he sought accountability for his opinions.

Lynas had attracted a cult following for rejecting exactly what Lomborg had embraced—seeking scientific accountability for his opinions. Now he has publicly reversed himself, sounding much like Lomborg, as Andrew Revkin, the New York Times’ environmental writer, noted in his piece.

Rather than summarize Lynas’ speech—it is enlightening and refreshing—we’ll provide some extended excerpts:

For the record, here and upfront, I apologize for having spent several years ripping up GM crops. I am also sorry that I helped to start the anti-GM movement back in the mid 1990s, and that I thereby assisted in demonizing an important technological option which can be used to benefit the environment.

As an environmentalist, and someone who believes that everyone in this world has a right to a healthy and nutritious diet of their choosing, I could not have chosen a more counter-productive path. I now regret it completely.

When I first heard about Monsanto’s GM soya I knew exactly what I thought. Here was a big American corporation with a nasty track record, putting something new and experimental into our food without telling us. Mixing genes between species seemed to be about as unnatural as you can get – here was humankind acquiring too much technological power; something was bound to go horribly wrong. These genes would spread like some kind of living pollution. It was the stuff of nightmares.

These fears spread like wildfire, and within a few years GM was essentially banned in Europe, and our worries were exported by NGOs like Greenpeace and Friends of the Earth to Africa, India and the rest of Asia, where GM is still banned today. This was the most successful campaign I have ever been involved with.

This was also explicitly an anti-science movement. We employed a lot of imagery about scientists in their labs cackling demonically as they tinkered with the very building blocks of life. Hence the Frankenstein food tag – this absolutely was about deep-seated fears of scientific powers being used secretly for unnatural ends. What we didn’t realize at the time was that the real Frankenstein’s monster was not GM technology, but our reaction against it.

So I had to back up the story of my trip to Alaska with satellite data on sea ice, and I had to justify my pictures of disappearing glaciers in the Andes with long-term records of mass balance of mountain glaciers. That meant I had to learn how to read scientific papers, understand basic statistics and become literate in very different fields from oceanography to paleoclimate, none of which my degree in politics and modern history helped me with a great deal.

I found myself arguing constantly with people who I considered to be incorrigibly anti-science, because they wouldn’t listen to the climatologists and denied the scientific reality of climate change. So I lectured them about the value of peer-review, about the importance of scientific consensus and how the only facts that mattered were the ones published in the most distinguished scholarly journals.

My second climate book, Six Degrees, was so sciency that it even won the Royal Society science books prize, and climate scientists I had become friendly with would joke that I knew more about the subject than them. And yet, incredibly, at this time in 2008 I was still penning screeds in the Guardian attacking the science of GM – even though I had done no academic research on the topic, and had a pretty limited personal understanding. I don’t think I’d ever read a peer-reviewed paper on biotechnology or plant science even at this late stage.

Obviously this contradiction was untenable. What really threw me were some of the comments underneath my final anti-GM Guardian article. In particular one critic said to me: so you’re opposed to GM on the basis that it is marketed by big corporations. Are you also opposed to the wheel because it is marketed by the big auto companies?

So I did some reading. And I discovered that one by one my cherished beliefs about GM turned out to be little more than green urban myths.

I’d assumed that it would increase the use of chemicals. It turned out that pest-resistant cotton and maize needed less insecticide.

I’d assumed that GM benefited only the big companies. It turned out that billions of dollars of benefits were accruing to farmers needing fewer inputs.

I’d assumed that no one wanted GM. Actually what happened was that Bt cotton was pirated into India and roundup ready soya into Brazil because farmers were so eager to use them.

But what about mixing genes between unrelated species? The fish and the tomato? Turns out viruses do that all the time, as do plants and insects and even us – it’s called gene flow.

“In the history of #environmentalism, has there ever been a bigger mea culpa than that given here?” Discover blogger and independent-minded science writer Keith Kloor, tweeted. The Twitter string on Lynas’ speech has been remarkable. Many of them are from die-hard anti-GMO activists, who continue to embrace doomsday scenarios on GM technology that are literally fantastic—rooted not in science but science fiction.

Related article:  Agricultural science is back in fashion for college students: Here's why

Lynas’ explanation of how and why he changed his mind—captured in an interview with Discover blogger Keith Kloor in 2011—is worth reflecting upon:

Well, life is nothing if not a learning process. As you get older you tend to realize just how complicated the world is and how simplistic solutions don’t really work… There was no “Road to Damascus” conversion, where there’s a sudden blinding flash and you go, “Oh, my God, I’ve got this wrong.” There are processes of gradually opening one’s mind and beginning to take seriously alternative viewpoints, and then looking more closely at the weight of the evidence.

Jon Entine, executive director of the Genetic Literacy Project, is senior fellow at the Center for Health & Risk Communication and STATS at George Mason University.