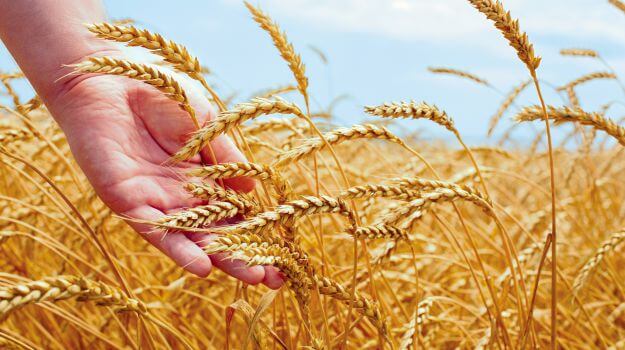 A few plants of a genetically engineered wheat variety not approved by the U.S. Department of Agriculture for widespread commercial use allegedly have been found growing on a single, unplanted field in Oregon. It is important to emphasize “allegedly,” because there is much that remains uncertain and puzzling about this story.

What we do know is that an Oregon farmer who applied the herbicide glyphosate (Round UpR) to eliminate all the vegetation from a wheat field in preparation for leaving it fallow noticed that a small number of wheat plants survived. He sent them off for testing by an Oregon State University professor, who supposedly found that they had been genetically engineered for glyphosate resistance. However, such tests are notorious for giving false positives, and as wheat plants grow larger and if they’re under stress, they’re harder to control with glyphosate. In other words, the determination that the plants are genetically engineered may be spurious.

Some relevant history… From 1998 through 2005, Monsanto received approval from USDA to field test genetically engineered, glyphosate-resistant white spring wheat in 16 states, including Oregon, but because of the expense of R&D and lack of interest from wheat farmers (who have since changed their minds), Monsanto dropped the project before the wheat was “deregulated” — that is, approved for unconditional release.

The glyphosate-resistant wheat in the farmer’s field in Oregon presents a conundrum: It is winter wheat, which is distinct from the white spring wheat in the old field trials, and Monsanto’s internal investigation found in any case that there was no “prior test site at the location where the material under investigation was reported to have been present.”  Because the two varieties pollinate at different times, it is unlikely that the glyphosate-resistance trait was transferred by wind. Robert Zemetra, a professor of plant breeding and genetics at Oregon State University, expressed “some doubts” that we’ll ever discover the events that led to the recent appearance of the genetically engineered wheat (assuming it is there at all).  Monsanto’s conclusion currently is that if the plants found in the fallow field are genetically engineered, they arrived there through “accidental or purposeful mixing of seed.”

A frenzy of testing by Monsanto, USDA, the South Korean Ministry of Food and Drug Safety, and others has found no genetic insert conferring glyphosate-resistance  in the wheat seeds planted by the Oregon farmer who discovered the glyphosate-resistant wheat, in hundreds of varieties of wheat seed planted in Oregon, in 600 samples of the two seed types the Oregon farmer had planted, in samples of flour milled in Oregon, or in wheat for export from the United States.  In addition, scientists at Washington State University have screened public and private varieties representing 90 percent Washington’s soft white wheat crop and almost three-quarters of spring wheat varieties and found “no evidence of glyphosate-resistant wheat.”

Thus, the situation is murky. But for the sake of argument, what if the glyphosate-resistant wheat found by the Oregon farmer were genetically engineered and somehow found its way into the food supply? It would be inconsequential to the health of humans or livestock. (The FDA found no safety problems when it evaluated glyphosate-resistant wheat in 2004.) That situation would be roughly analogous to buying a new Toyota Camry and finding that the radio in it is from a Lexus.

There may be significant ripple effects from this flap anyway, and USDA’s contrived, unscientific, self-serving regulatory policy is largely to blame, a manifestation of the Law of Unintended Consequences and its corollary, the Law of Bureaucratic Cupidity and Stupidity.  USDA’s jurisdiction over the genetically engineered, glyphosate resistant wheat found in Oregon (assuming it is there at all) is a historical fluke, an anomaly. Some of the sordid history is recounted below.

In 1986 the White House Office of Science and Technology Policy published a policy statement on the regulation of biotechnology  that focused oversight and regulatory triggers on the risk-related characteristics of products, such as plants’ weediness or toxicity, rather than on the process used for genetic modification. This approach was reaffirmed in a 1992 policy statement that set forth the overarching principle for biotechnology regulation: The degree and intrusiveness of oversight “should be based on the risk posed by the introduction and should not turn on the fact that an organism has been modified by a particular process or technique.” Thus, it reflected the broad consensus in the scientific community that the newest techniques of genetic modification were essentially an extension, or refinement, of older, less precise and less predictable ones.

But intent on building a gratuitous regulatory empire, USDA heeded neither the consensus of the scientific community nor the directives from the White House. The resulting stultifying regulation has inhibited research and development, particularly in public institutions, ever since, and provided a never-ending source of all manner of mischief, including the current furor in Oregon.

In what way was USDA’s new biotechnology-regulation apparatus gratuitous? The department’s Animal and Plant Health Inspection Service had long regulated the importation and interstate movement of organisms (plants, bacteria, fungi, viruses, etc.) that are plant pests, which were defined by means of an inclusive list – essentially a “thumbs up or down” approach. A plant that an investigator might wish to introduce into the field is either on the inclusive, prohibited list of plants pests — and therefore requires a permit — or it’s exempt.

This straightforward approach is risk-based, in that the organisms required to undergo case-by-case governmental review are an enhanced-risk group — organisms that can injure or damage plants — compared to organisms not considered to be plant pests. But for 26 years, this risk-based USDA regulation has had an evil twin — a parallel regime focused exclusively on plants altered or produced with the most precise genetic engineering techniques. USDA tortured the original concept of a plant pest as something known to be harmful and crafted a new, jury-rigged category: a “regulated article,” defined in a way that captures virtually every genetically engineered plant for case by-case review, regardless of its potential risk.

In order to perform a field trial with a regulated article, a researcher must apply to USDA and submit extensive paperwork before, during and after the field trial. After conducting field trials for a number of years at many sites, the developer then submits a vast amount of data and requests “deregulation” by USDA, which is equivalent to approval for unconditional release. These requirements make genetically engineered plants extraordinarily expensive to develop and test.

USDA’s discriminatory treatment of genetically engineered plants makes no sense. Plants have long been selected by nature and bred by humans or irradiated to create mutants with enhanced resistance or tolerance to external threats – insects, disease organisms, herbicides and environmental stresses – to their survival and productivity. They have also been modified by farmers and plant breeders for other qualities. Corn has undergone gradual but drastic modification that has seen it evolve from the original grass-like plant, teosinte, with primitive, meager kernels into modern varieties with regularly arranged kernels bulging with carbohydrates, oils, and protein. Primitive wheat breeders crafted durum (hard) wheat for pasta and softer varieties for cakes.

Plant breeders have learned from experience about the need for risk analysis, assessment and management. New varieties of plants (whichever techniques are used to craft them) that normally harbor relatively high levels of toxins — such as celery, squash and potatoes — are analyzed carefully to make sure that levels of potentially harmful substances are still in the safe range.

The degree of regulatory oversight should be proportionate to the perceived risk of the genetically engineered plant, which is a function of certain characteristics of the host plant (weediness, toxicity, ability to outcross, etc.) and the introduced gene. It is not the source or the method used to introduce a gene but its function that’s important. But for decades, plants made with the newest, most precise techniques have been subjected to the most regulation, independent of risk. Moreover, the fact that USDA’s regulatory policy makes “deregulation” a “major action” triggers certain required assessments under the National Environmental Policy Act, which has provided an opportunity for activists to enlist the courts in obstructing the deregulation of various genetically engineered plant varieties.

Whether or not we do solve the mystery of the wheat, we need science-driven public policy that captures for review those products that require it and exempts those that don’t.  Everything else is just chaff.