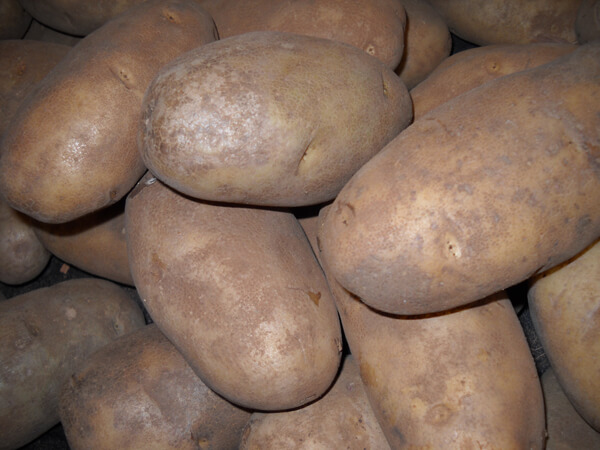 Potatoes, the cornerstone of a hearty diet and the main ingredient in a fast food favorite, are the next food making waves with anti-GMO activists. A battle is being waged over a healthier, genetically modified potato that McDonald’s is reportedly exploring. And now, yet another GM potato variety, a blight resistant spud that could save the Irish potato from extinction, has been developed.

Late last year the biotech company Simplot began marketing, Innate potatoes, a GM potato, as a healthier and more environmentally friendly alternative to traditionally grown spuds. Although the potatoes produce higher usable yields, due to reduced bruising, and are safer to fry because they produce less asparagine, an amino acid that can become carcinogenic when it reacts with sugar, they were greeted with concern. Food and Water Watch and the Center for Food Safety both urged McDonald’s, the world’s largest buyer of potatoes, to reject the GM potato, alleging serious health risks.

The fast food company already uses GM corn, oil from GM soybeans, and GM corn and soy are used to feed the cows that eventually become its burgers. But McDonald’s has listened to GMO concerns before: “In l998, Monsanto introduced NewLeaf potatoes, which were engineered to repel a pest called the Colorado potato beetle. Several years later, Monsanto withdrew from the potato business after anti-GMO activists persuaded McDonald’s and Frito-Lay to tell their suppliers, including Simplot, not to grow NewLeaf potatoes,” Marc Gunther wrote in the Guardian.

This time around, a spokeswoman told The Guardian that “food, industry, and regulatory experts” would guide McDonald’s decision.

Of course, anti-GMO groups often say that neither companies nor government can be trusted to thoroughly test these foods.

Simplot’s remains confident. Haven Baker, the vice president of plant sciences told the Guardian, he expected the USDA would conduct a thorough environmental review and that an FDA report would deliver “an important endorsement of food safety.”

“Simplot’s extensive testing shows these potatoes have the same nutrients, taste, and appearance as conventional potato varieties, which have been proven safe over many years,” he said.

Various consumer and anti-GMO groups have continued to express fear in the face of extensive research that has found no safety issues with these foods, though.

This week GM potatoes are in the news again, this time researchers have developed a potato that can battle the virus that has plagued farmers since the Irish Potato Famine in the 1700s. Some farmers could benefit from the results of a three-year trial on genetically modified potatoes resistant to blight. The results were published in the journal Philosophical Transactions of the Royal Society B (PDF) and was part of an EU-wide investigation into the potential for biotechnology to protect crops, led by scientists at the John Innes Centre and the Sainsbury Laboratory. Researchers added a gene to Desiree potatoes, from a South American wild relative of potato, which triggers the plant’s natural defense mechanisms by enabling it to recognize the pathogen.

This new potato boasts not only resistance to late blight but also produced larger tubers and could be grown without the use of pesticides. For centuries farmers in Europe and around the world have been fighting late blight with pesticides, often spraying crops as many as 10-15 timesduring a growing season. Although the research was funded by BBSRC in the UK, it might be awhile before these potatoes are widely used in Ireland or anywhere in Europe.

“Unfortunately, the problems in the current European regulatory process, which is expensive and extremely slow, means that this advance by UK scientists is far more likely to help farmers in other countries,” Chris Pollock, a plant physiologist and former Director of the Institute of Grassland and Environmental Research in Aberystwyth University in Wales, told Science Media Center.

In fact, researchers have licensed the technology to Simplot, the American company that marketed Innate and NewLeaf.

Currently the EU regulatory system makes it nearly impossible to grow GM foods, while the US grows large amounts of GM corn, sugar beets, and soybeans in the country, although GM foods often face protests.

Is there any reason to believe that this potato will meet a different fate than its predecessors even in America?

Liz O’Neil, director of GM Freeze, a UK-based anti-GMO organization, told the BBC she doubted UK farmers would plant something they could not sell.