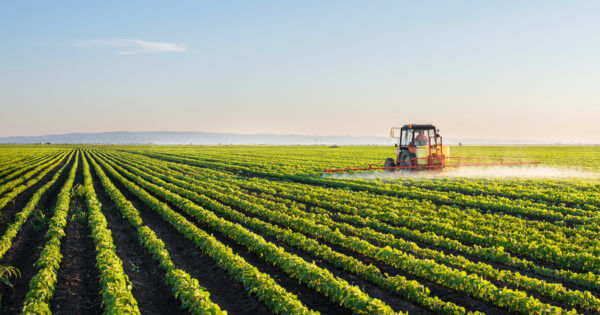 When I was a Special Assistant to FDA Commissioner Frank Young in the 1980’s, a woman approached me after she had heard him speak at a public lecture about the importance of regulation. She told me how much she appreciated his diligence and passion about government oversight because, “My entire family and I are allergic to all known chemicals.”

This statement was extraordinary, inasmuch as our foods and, indeed, our own bodies and the air we breathe are comprised of chemicals. But chemophobia, the irrational fear of chemicals, has long been with us. Concerns about mercury fueled the anti-vaccine movement and even some opposition to tooth fillings; and there continues to be sporadic controversy over the fluoridation of public drinking water, a hugely successful intervention for dental health.

The latest scare tactic of the chemophobe lobby promotes the fear of chemicals in food. For some reason, the phrase, “if you can’t pronounce it, it shouldn’t be in your food,” seems to resonate with a growing number of consumers. But like the woman who spoke to me after Dr. Young’s talk, they seem oblivious to the fact that we exist in a sea of chemicals, the names of which may sound esoteric or even intimidating. Dihydrogen monoxide or sodium bicarbonate may sound scary if you don’t realize that those chemicals are commonly known as water and baking soda, respectively. And consider that a banana is comprised of chemicals with names like palmitoleic acid, phylloquinone and 2-hydroxy-3-methyethyl butanoate.

Foods (and the cells of our bodies) also contain radioisotopes, naturally-occurring, radioactive variants of elements like hydrogen, carbon, phosphorus and potassium, which are completely harmless as we commonly encounter them.

Conversely, just because a chemical is naturally derived doesn’t make it “safer” than a man-made one. Arsenic or botulinum toxin, anyone?

The reality is that new chemicals we come in contact with through food have been tested and found safe before they reach a grocery store or dinner table. In the same way, modern fertilizers and herbicides are safer and more effective than ever before, making it possible for growers to use better chemicals to produce our food than in the past.

Chemicals have spurred progress in agriculture dramatically over the past 20 years, and farmers’ fields are more productive and sustainable than previously. Before the availability of effective herbicides to control weeds that compete with crops and reduce productivity, farmers tilled their fields, which resulted in unsustainable environmental impacts like the loss of topsoil and release of CO2. Now, chemical weed control enables farmers to till less, with reduced soil erosion, cleaner water, less energy use and lower greenhouse gas release into the atmosphere. It is widely accepted among policy makers, regulators and scientists that herbicides can be safely and effectively used by farmers as a tool to provide safe, affordable food to consumers.

Thanks to the innovations of just the past couple of decades, we can get higher crop yields per acre, which reduces the amount of land that is required to grow plants for food and fiber and helps to protect habitats and biodiversity. Also, animals grow at faster rates with improved feed efficiency, and much of that gain is supported on marginal lands or from byproducts not consumed by humans.

Glyphosate is a non-selective, broad-spectrum herbicide that targets an enzyme in plants not found in humans and has the ability to bind to soils, which prevents it from leaching into ground water. And when it unbinds, it is degraded by soil microbes. Because of its safety profile and value to farmers, it has become the most popular herbicide worldwide.

Therefore, it is surprising and disappointing that some environmental activists continue to vilify chemicals in general and, recently, to target glyphosate in particular. It is especially strange that a herbicide in the EPA’s “most favorable” safety grouping is the object of so much antagonism. Glyphosate is, in fact, less toxic to humans than some “natural” pesticides used in organic production, such as rotenone and copper sulfate.

The results are revealing. They suggest that before you mix up a homemade vinegar-based “natural” weed killer that has become trendy online, you should consider the EIQ. You might be surprised to find that white vinegar (aka the chemical acetic acid) diluted as recommended on the Internet has a higher EIQ than glyphosate when used as its label recommends. In other words, the vinegar solution has a greater overall negative impact on the environment than glyphosate. (Glyphosate is also more benign to humans and animals than most other commercial herbicides.)

Glyphosate has been found to be safe by regulatory agencies around the world and is registered by several companies, which means there are multiply-replicated studies that have led to this conclusion:

For human safety evaluation the results of oral, dermal and inhalation toxicity studies following single, repeat and lifetime exposure in rats, mice, rabbits and dogs are assessed. Additionally, there are specific tests that evaluate whether glyphosate has any impact on genotoxicity, neurotoxicity, reproductive and developmental parameters and to assess if glyphosate has any carcinogenicity potential following long term exposure.”

More than 200 toxicology studies have been performed on glyphosate which have been reviewed by over 160 countries globally. When regulators evaluate pesticides (including herbicides), their review typically takes years. They review all publicly available data as well as unpublished data from the companies seeking registration. Global regulatory bodies have consistently found glyphosate to be safe–not a carcinogen, teratogen or endocrine disrupter.

Moreover, once glyphosate was registered it needed to be re-registered, which is under way now in the European Union and United States. As part of the re-registration process, applicants must file a significant amount of additional data. For example, in Europe:

1) physical-chemical properties, 2) impact on human health following single, multiple or lifetime exposure, whether for workers, consumers or the general public, and includes consideration of neurotoxtic, mutagenic, carcinogenic and reproductive effects; 3) the nature and amounts of residual traces remaining in food; fate and behaviour in soil, surface, ground and drinking water and air; 4) impact on birds and mammals, aquatic species, earthworms and other soil borne organisms, bees and other invertebrate insects, micro-organisms and non-target plants. Furthermore, data on efficacy is requested and peer-reviewed publications have to be searched systematically for evidence of potentially adverse effects.

Within the next few days, the International Agency for Research on Cancer (IARC), a component of the UN’s World Health Organization, will evaluate whether glyphosate is a carcinogen. A recent peer-reviewed article assessed “the epidemiology literature to evaluate whether exposure to glyphosate is associated causally with cancer risk in humans.” Their review “found no consistent pattern of positive associations indicating a causal relationship between total cancer (in adults or children) or any site-specific cancer and exposure to glyphosate.”

The IARC panel will likely include that study, among others, in their review, but their process is different from that codified by global regulations. Instead of reviewing the entire history of studies that have been used by global regulatory bodies, as would the U.S. EPA for example, this panel will evaluate only a selected subset of that information. They will not consider the consensus of scientists from around the world over the past four decades but will base their decision solely on public sector data examined over a few days.

Will the IARC panel consider fully the weight of scientific evidence and draw conclusions based on credible scientific evidence, or will politics, whim and individual biases influence the outcome? On the basis of the past performance of UN agencies, including the World Health Organization, I fear the latter.

It would be shameful if a rushed review of a limited data set by a UN agency were to give activist groups additional ammunition with which to disparage an important agricultural chemical. Comprehensive safety reviews over 40 years by hundreds of global authorities have affirmed that glyphosate does not pose unacceptable risk to human health.

So, who benefits from these spurious attacks?  The organic agriculture and food interests benefit most directly, because they prohibit the use of glyphosate, a fact that could make their overpriced products more attractive to consumers. But there are other beneficiaries as well, including the alternative-health and herbal supplements charlatans, who claim (among other falsehoods) that their products possess curing, detoxification and/or cleansing qualities to address the alleged toxic, persistent effects of synthetic chemicals.

Finally, discouraging the use of glyphosate, either because of consumer preferences or government actions, would not stop farmers from applying herbicides to their fields; they would simply switch to alternatives that are more toxic to humans, animals and the environment.  That would be a bad outcome for us all, and for the planet, which is why science-driven public policy is so critical.