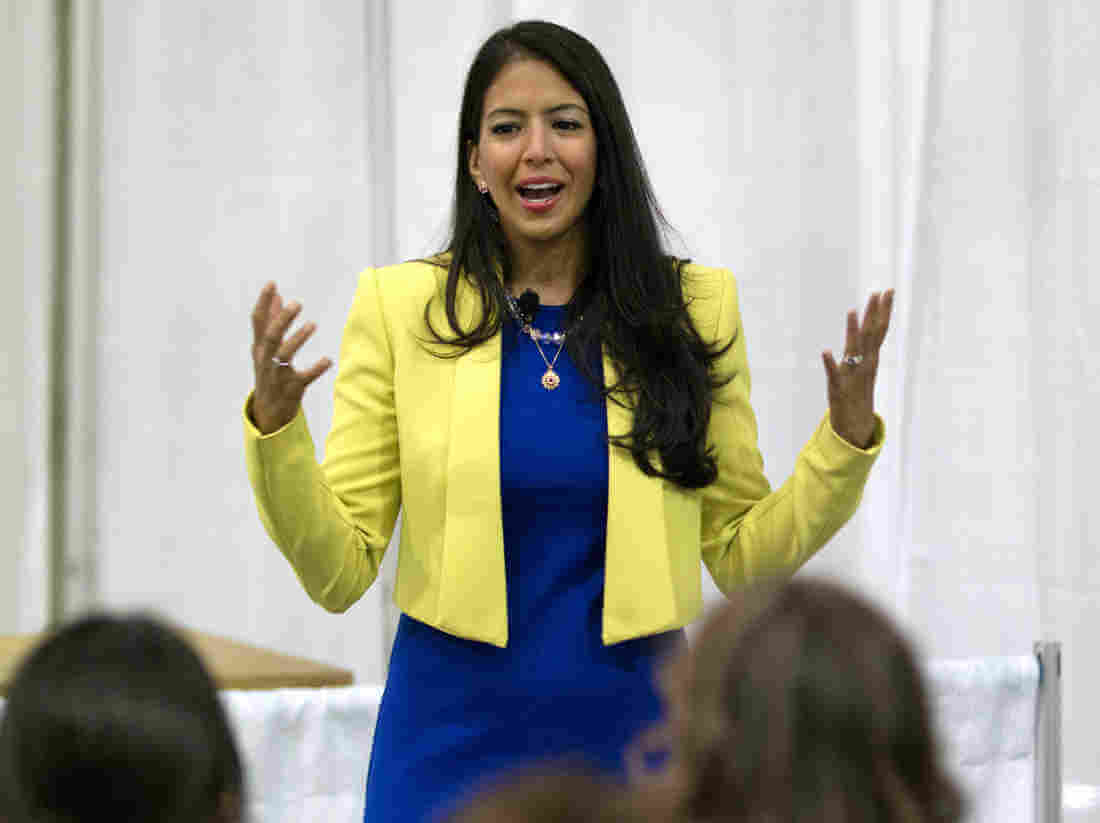 If you don’t know who Vani Hari is by now, just ask Subway. Under her nom de plume, Food Babe, she and her legion of followers pounded the fast food company until it removed a harmless chemical with a scary sounding name from their bread.

That’s Hari’s stock and trade as self-proclaimed consumer advocate–demonizing benign ingredients, focusing on their seeming “yuck” factor but ignoring the science. In the case of the Subway fiasco, for example, although azodicarbonamide, a dough conditioner is perfectly harmless and widely used in foods, it’s also used in yoga mats. Guess who won that ‘public debate’?

Hari often recounts her self-authroed narrative, her personal journey from unhealthy and frumpy to beautiful “babe.” She claims to have achieved this transformation by rejecting standard American fare and its reliance on unhealthy ingredients in favor of an organic diet. Her book, The Food Babe Way, hit shelves in February with the promise of revealing food-industry secrets and helping readers improve their health and waistlines with exclusive tips and tricks. It shot to the top of many bestseller lists–but the science community sees her less of a defender of the culinary downtrodden than as a fearmonger and promoter of chemophobia and dangerous misinformation.

Alison Bernstein, AKA Mommy Ph.D.–co-author of this piece–attended one of Hari’s book promotion appearances last month at the Marcus Jewish Community Center in Atlanta. Bernstein, who recently launched the Scientists Are People campaign to showcase the humanity of oft-demonized scientists, made waves in the science-based food community when she challenged Hari during the Atlanta event’s Q&A.

The event started out in typical Hari fashion–all Food Babe, all the time, replete with her fabulous tale of sickly and homely waif to the organic world’s superwoman. For years, she said, she felt lousy because she was sleep deprived, and regularly gorged on fast food and candy. She was overweight and plagued with eczema. Voila. Now she’s bikini ready–and all by eliminating “chemicals and GMOs,”

Hari’s typical narrative drew on misguided sympathy. She recounted growing up as a child of Indian immigrants. Wanting to fit in, she rejected her mother’s traditional home cooking, which she “shunned as a child,” complaining that it looked and tasted funny. Instead, she and her brother subsisted on Wendy’s, Burger King, McDonalds, microwavable salisbury steak, and Betty Crocker meals.

Hari’s food misadventures continued as an adult. A peripatetic businesswoman, she would dine at high-end restaurants such as Morton’s and Ruth’s Chris on her company’s expense account. All of that changed, she said, after suffering from appendicitis. It was a wake up call. She examined her food eating patterns, and learned, she said, that she had been “duped” by the food industry. She changed her habits and launched her crusade. Now she asks people to follow the Food Babe Way (which many experts say promotes orthorexia).

Some of what she advocates is just food nutrition 101. Dieticians, physicians, and scientists argue that switching to a diet high in produce, getting adequate sleep (by leaving a high pressure job), and cutting calories and junk food would improve anyone’s health and mood, Food Babe Way or not. Her transformation had nothing to do with avoiding specific chemicals or any specific food.

Hari vigorously disagrees. In Atlanta, following her script, she claimed that an organic diet is the best to avoid “harmful” chemicals. She not only touted eating produce–a good thing–she said it is imperative to purchase organic–something science does not support. She cited the Consumers Union and Environmental Working Group as her sources for her recommendations; both use flawed methodology to arrive at their lists of so-called “safe” and “dangerous” produce. And she promoted the common misconception that organic farming doesn’t use pesticides–or that the natural ones that are used are necessarily safer than targeted, synthetic alternatives.

When Bernstein challenged Hari’s claim that organic farming don’t use pesticides, Hari first falsely contradicted her, then changed the subject and finally entered attack mode, accusing Bernstein of being one of those “people who don’t want the [pro-organic] message spread.” Bernstein, she implied, wasn’t an independent scientist–she is–but a shill for the food industry.

It was surprising that Hari even answered questions. At most events–such as an appearance earlier this year at the University of Florida–Hari refused to respond to audience queries. Taking questions implies a commitment to dialogue. Rather, Hari motivates by instilling fear, uncertainty and doubt. She demonizes what she doesn’t understand, and has become quite wealthy in the process. Indeed, the hypocrisy of her calling science advocates “shills” is astonishing.

Bernstein observed that Hari courts her audience by making it seem as if she is empowering them: knowledge is power is her narrative. As per her M.O., Food Babe gushed about empowering consumers with information of the dangerous ingredients that haunt their foods. But is arming consumers with misinformation empowering? Or does it exploit their fears of the unknown? People can only make wise decisions when they have access to accurate information. Instilling unfounded fears of food is the opposite of empowering.

To be truly empowered, consumers must have access to accurate information. Even Hari admitted that truth has not been her stock and trade. “It was just a hobby,” she said of her early blog. “It wasn’t this well-researched facts kind of thing. It was just my opinion about things.” She claims to have cleared up her act, but medical and science experts disagree.

Hari’s perspective is a mixture of the mystical and misinformation. At one point, she described the body as acidic in the morning, advising drinking lemon water to combat the acidity because “lemon water is very alkaline”. Nothing about what she said is correct. The body’s balance between acidity and alkalinity is referred to as acid-base balance. The pH of the human body is naturally regulated, using different mechanisms to control the blood’s acid-base balance. Lemon juice is not alkaline (basic), it’s acidic. Food does not alter the body’s pH.

Hari also fails to assess the quality of the information that she passes on to he unquestioning followers. And she makes it seems that she,and only she, has cracked the wall of deception built by Food Inc. Most of the supposedly top-secret information she claims to reveal is publicly available at university and government websites, including FDA, USDA, EPA and NIH, as well as non-government websites for the organic industry like OMRI, and various publicly available science publications.

With notoriety comes responsibility. Spreading misinformation and fear is irresponsible and distracting.

The best place for consumers to get accurate information is from those with training and experience in food, farming and nutrition. At the MJCCA event, she repeatedly described scientists as people who hoard information and intentionally deceive the public about “chemicals.” She painted farmers as uncaring, and only out for profit. In contrast, she positioned herself as the anti-expert, rejecting “people who say this is too complicated, you can’t understand this, you need an advanced degree, they don’t want to empower the individual.”

Hari’s assertion that scientists hoard knowledge–even as a scientist was engaging he in open discourse–was baffling. Hari’s fans are hungry for real information. After the Atlanta Q&A, a small crowd formed around Bernstein to ask questions about Parkinson’s disease, pesticide toxicity and where to find accurate information. Many of them had no idea that much of this information is publicly available.

The huge number of scientists, science communicators and farmers who actively, and often selflessly, share medical food information on social media, and cordially engage with the public, serve as proof that Hari’s characterization is wrong, even offensive. She apparently believes she needs to demonize trained experts to convince people to listen to her.

Alison Bernstein is a scientist studying Parkinson’s disease. She lives in Atlanta, GA with her husband, 2 kids and 2 cats. Follow her on her Mommy Ph.D. Facebook page and on Twitter @mommyphd2.