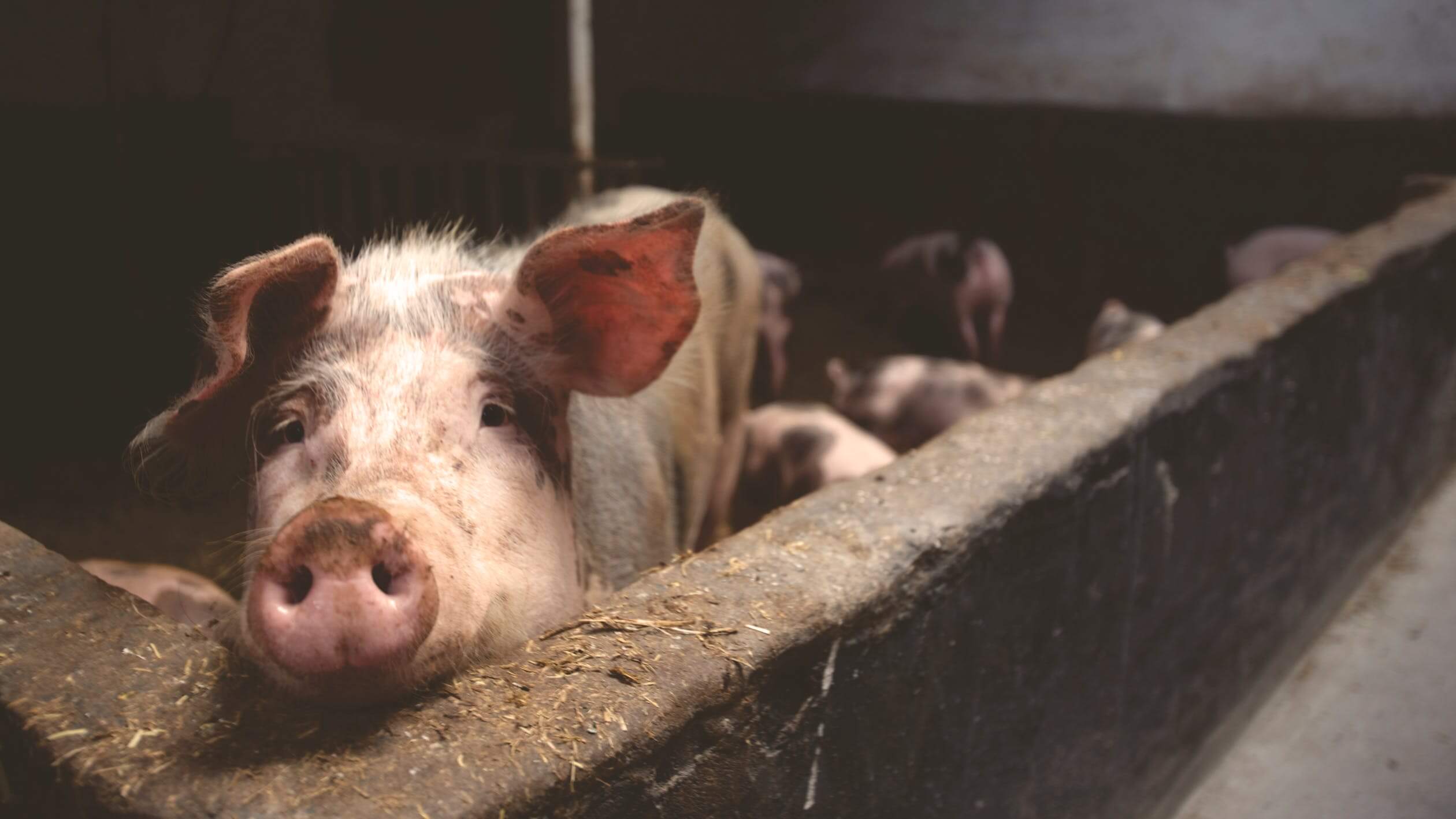 It’s unusual for an obscure procedural federal law to attract much attention, especially if it’s 20 years old, but the Congressional Review Act is creating buzz. A game-changer for regulatory reform, it could be a significant stimulus to job creation and economic growth.

The CRA enables Congress, with only simple majorities, to overrule regulations and other policy guidances from the executive branch, and congressional leaders are champing at the bit to use the law to bring down some of the most egregious excesses of Executive Branch agencies. House Majority Leader Kevin McCarthy has disclosed the first five Obama-era rules that his chamber intends to reverse. Before I get to those–and my own nomination for reform–here’s how it works, as described by Wall Street Journal columnist Kim Strassel:

. . .the CRA requires any federal agency promulgating a rule to submit a “report” on it to the House and Senate. The 60-day clock starts either when the rule is published or when Congress receives the report—whichever comes later.

“There was always intended to be consequences if agencies didn’t deliver these reports,” [Todd Gaziano, a congressional staffer who helped to draft the bill] tells me. “And while some Obama agencies may have been better at sending reports, others, through incompetence or spite, likely didn’t.” Bottom line: There are rules for which there are no reports. And if the Trump administration were now to submit those reports—for rules implemented long ago—Congress would be free to vote the regulations down.

According to Gaziano, the CRA also applies to the numerous “guidance” documents issued by federal agencies, a kind of bureaucratic shortcut around formal rulemaking. According to Ms. Strassel’s sources, “It is highly unlikely agencies submitted reports to lawmakers on these actions,” and if that’s the case, they, too, can now be challenged. Moreover, the ability of Congress to issue challenges extends back to regulations and guidance documents dating all the way back to 1996, when the CRA was passed.

This will be a bonanza for members of Congress who want to revisit regulations that are wrong-headed, inappropriate or just not cost-effective. House Majority Leader McCarthy’s hit-list includes:

My own prime candidate is an Obama-era Food and Drug Administration policy that has decimated an entire once-promising biotechnology sector–the genetic engineering of animals with novel and valuable traits. After more than a decade of deliberation (read: dithering), the FDA’s Center for Veterinary Medicine finalized a policy that makes every animal crafted with the most precise genetic engineering techniques subject to the onerous procedures and regulations for new drugs used to treat animal diseases, such as pain relievers or flea medicines.

What kinds of animals? One that endured a 22-year review is an Atlantic salmon that contains a newly introduced Chinook salmon growth hormone gene that remains turned on all year round (instead of during only the warmer months, as in nature) thanks to a new regulatory sequence from the ocean pout. This cuts the time to marketable adult weight from 30 months to 18. The extra gene confers no detectable differences in the salmon’s appearance, taste, nutritional value or ultimate size; it just grows faster. (As a former FDA medical reviewer of biopharmaceuticals, I believe that that review was grotesquely incompetent; it should have taken much closer to 22 weeks than 22 years.)

At one time, there were numerous other food animals in various stages of R&D, including livestock with leaner muscle mass, enhanced resistance to disease or improved use of dietary phosphorous to lessen the environmental impacts of animal manure, but the FDA’s “new animal drug” policy and incompetent, endless salmon review discouraged commercialization of any of them. Until that policy–which was promulgated only as a clarification or “guidance” to industry, not as a rule, or regulation–the FDA had not chosen to regulate new lines of pets, farm animals or animals used for what might be termed “medical purposes.” For example, they have never required review of Australian shepherds bred by conventional techniques to enhance (DNA-mediated) traits that make them better herders, cats that are better mousers, or animals that have been genetically engineered for scientific research, which includes thousands of lines of rodents.

The “new drug” paradigm is a stretch. A more apposite model is the approach taken by another FDA component, the Center for Food Safety and Nutrition, which does not perform case-by-case-every-case reviews but places the burden of ensuring the safety of foods and food ingredients on those who produce them. The regulations prohibit the adulteration (contamination) or misbranding (mislabeling) of food, but the agency does not inspect or evaluate food prior to its sale on farms or in shops, supermarkets or restaurants. Rather, federal oversight relies on market surveillance, or post-marketing regulation, and the FDA takes action if there is an apparent problem. This approach has worked quite well over many years.

The law does require a pre-marketing safety review for certain food-related products. These include most food additives — a class of ingredients that includes preservatives, emulsifiers, spices, sweeteners and natural and synthetic flavors or colors, among others. In general, a food additive must be pre-approved if it becomes a component of or otherwise affects the characteristics of a food and if it is “not generally recognized as safe (GRAS) by qualified experts for its intended use.”

The FDA’s existing approach to biotechnology and to foods in general could be adapted easily to transgenic animals (those that contain DNA from more than one species). Traditionally, the combination of two GRAS substances is still GRAS. Similarly, because adding a GRAS gene to a GRAS organism is likely to yield a GRAS outcome, an FDA pre-marketing review would not be necessary for genetic constructions like the faster-growing salmon, or for an animal that has had a gene substitution–for example, to make a horned cow hornless, or “polled.” But the FDA treats every new genetically engineered animal as though it contains a “new drug,” the evaluation of which can take many years even if there is negligible likelihood of harm to the animal or risk to the food supply.

The FDA’s approach to “novel” foods, published in 1992, is compatible with the GRAS/food additive paradigm. It emphasizes that the Center for Food Safety and Nutrition does not impose discriminatory regulation based on the use of one technique or another, but that greater scrutiny is applied only when certain safety issues are raised. These include the presence of a completely new substance in the food supply, increase in levels of a natural toxin, or the presence of an allergen where a consumer would not expect it.

Officials at the FDA’s Center for Veterinary Medicine say a newly introduced gene from a different species expressed in an animal is analogous to the injection of a new drug because the genetic modification mediates the introduction of the substance synthesized under the direction of the new gene–a hormone or enzyme, for example. But this view ignores that neither the FDA nor any other government agency routinely conducts pre-market review of new genetic constructions that occur “naturally.” (We call these “mutants.”) An example is the Zucker rat, a naturally occurring mutant more than four times the size of its normal siblings, and which is available from commercial breeders for research. Another more familiar example is the mule, a horse-donkey genetic hybrid which, by any reasonable definition, is certainly transgenic, although it doesn’t involve the use of molecular techniques. There is also the beefalo, a cross between the bison (buffalo) and the domestic cow, animals which are classified in different genera.

To make matters worse, hours before the end of the Obama administration, FDA doubled down on its flawed “new animal drug” policy. A newly-published guidance document for producers and developers of genetically engineered animals and their products defined all intentional DNA alterations in animals as drugs, irrespective of their end product consequence – even if they’re not “transgenic.” University of California-Davis animal geneticist Alison van Eenennaam, one of the nation’s most eminent experts on animal genetic engineering, characterized the new guidance as “nonsensical.”

Why would the FDA adopt such dubious, disingenuous policies? Bureaucrats thrive by arrogating new responsibilities and expanding their empires. “Dogs bark, cows moo, and regulators regulate,” FDA Commissioner Frank E. Young used to quip. Well, the dogs and cows can continue to do their thing, but the Congressional Review Act or the actions of the new FDA commissioner can rein in regulators’ expansionist, anti-social tendencies.