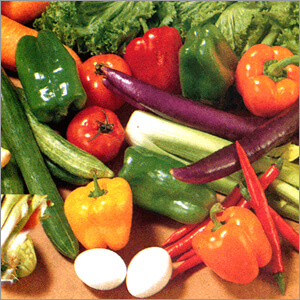 There is remarkably little difference in nutritional value or risk for bacterial contamination between more expensive organic and conventional foods made using fertilizers, pesticides or genetically modified organisms, according to a new study published in Annals of Internal Medicine. “Some believe that organic food is always healthier and more nutritious,” said Stanford School of Medicine research instructor Crystal Smith-Spangler, MD MS, the lead author of a groundbreaking review of hundreds of comparative studies, published in the Annals of Internal Medicine. “My colleagues and I were a little surprised that we didn’t find that,” said Smith-Spangler.

This scientific study contradicts much of the information distributed by organic food activists, especially those who are fighting to approve Proposition 37 in California, which would require companies to label any genetically modified foods. One such organization, The Organic Consumers Association, reported that “organics is 25% more nutritious in terms of vitamins and minerals than products derived from industrial agriculture.” The Stanford study does not support this claim.

In the past few years, organic food and beverage sales have jumped to nearly $52 billion worldwide. More and more people are buying these organics, with the belief that they are healthier. Other people buy organic because they believe organic foods are pesticide-free. However, there are over 20 chemicals commonly used in the growing and processing of organic crops that are approved by the US Organic Standards. The actual volume usage of pesticides on organic farms is not recorded by the government. In fact, the top organic pesticides, copper and sulfur, are used at a volume twice as high as their synthetic alternatives designed to do the exact same thing.

Some organic groups are trying to use the Stanford study to their advantage. The Organic Trade Association released a statement which implies that organic foods help reduce consumers’ exposure to pesticides. The actual study said that although organic foods do contain fewer pesticides, the level of pesticides is miniscule for both and is well below any levels considered potentially harmful.