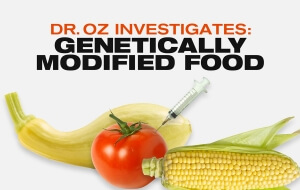 Dr. Mehmet Oz, a popular television celebrity, is a living example of why talk show health and science should never be confused with the real thing. He is infamous among public health professionals for exaggerating the latest scare concern: origins of autism, vaccines, dangers of BPA and chemical additives, arsenic in foods. But even by his low standards Oz’s ability to do public mischief has reached new heights with is recent foray into the debate over genetically modified crops and foods.

Oz’s latest adventure in questionable pop science was an October 12 program titled “GMO Foods: Are They Dangerous to Your Health?” During the show, which was promoted as an “investigation,” Oz provided uncritical time for Jeffrey Smith, an activist with no scientific or medical background, and Dr. Robin Bernhoft, a California doctor known as a leading proponent of unconventional medical interventions and a belief, unsupported by mainstream science, that most chronic medical problems are caused by “ toxic environmental exposures.” Both have Neither has the slightest expertise in the science of genetics or agricultural genomics and both are known for their near-hysterical criticism of biotech foods.

On Oz’s show, the two activists displayed graphic images of tumor-riddled laboratory rats in an attempt to link biotech crops to increases in human health problems ranging from cancer to ulcerative colitis to gastrointestinal disorders. The pictures were lifted from the infamous maize study, published in September by Gilles-Eric Séralini, which has been dismissed by the mainstream science community and even liberal journalists as a prototypical example of biased, activist science at its worst.

Both smith and Bernhoff, with Oz’s encouragement, also attacked the US Food and Drug Administration for ‘ignoring’ these problems.  In fact, agricultural biotechnology has been under continuous review by the FDA for decades and no dangers unique to GM technology have yet been identified. Numerous federal agencies in the US and around the world have found no evidence that GM foods are processed by the body any differently than conventional or organic foods.

The Oz show, which also showcased his endorsement of California Proposition 37, the controversial regulation, widely opposed by mainstream science and health groups, which would impose mandatory labeling on GM foods, has led to extraordinarily sharp and public reactions from mainstream scientists.

In a highly unusual move, Academics Review, an association with global membership including academics, researchers, teachers and authors who commit to peer review for the purpose of establishing sound science, savaged the Oz program for relying on activist boilerplate criticisms rather than peer reviewed science for information about biotech crops.

Bruce Chassy, Professor Emeritus of Food Science, Nutritional Sciences at the University of Illinois at Urbana-Champaign and a member of Academic Review, had been contacted by the producers before the program aired. (The only scientist to appear on the show—Martina Newell-McGloughlin, who directs the Biotechnology Research and Education Program at all ten University of California campuses and is one of the world’s most respected plant geneticists, was given only a few minutes to balance the mountain of misinformation that preceded her before she was whisked off stage to make way for an appearance of another GM critic.)

Well before the program aired, Chassy said, he had advised Oz’s producers of Jeffrey Smith’s dubious credentials. Although Oz would later refer to him on the show as a “scientist,” Smith’s employment history consists of a stint as a ballroom dance teacher, yogic flying instructor and political candidate for the Maharishi cult’s natural law party before assuming the mantel of anti-GM crusader.

Based on his conversations with show producers and concerned that crop biotechnology would face a ‘kangaroo court’ on the Oz show, Chassy wrote an open letter to the program’s producers and its production company, Oprah Winfrey’s Harpo Studios, requesting that Oz present a more scientific perspective on GM foods and crops, and he asked that the show disavow unsubstantiated claims of health dangers.

“Thousands of published and peer reviewed studies conducted over the past thirty-plus years contradict [Oz’s] claims and bizarre hypotheses associating health dangers linked to foods derived using biotechnology production methods,” reads the letter posted on Academics Review. “This is corroborated by such respected scientific and medical authorities as the American Medical Association, World Health Organization with the Food & Agriculture Organization of the United Nations, Institute for Food Technologists and the American Dietetic Association. Regulatory bodies including the U.S. Food and Drug Administration (FDA), European Food Safety Authority (EFSA) and Food Safety Commission of Japan (FSCJ) all confirm this safety.

“Your assurances and the tactics of the Dr. Oz show fall short of even the lowest standards of media and medical ethics,” the letter concluded.

Considering the audience reach of his program, Dr. Oz had a chance to elevate the quality of public discourse on a widely misunderstood subject. Instead, he rang the hysteria bell. The Dr. Oz show represents a new low in the sometimes-elusive quest to encourage genetic literacy.