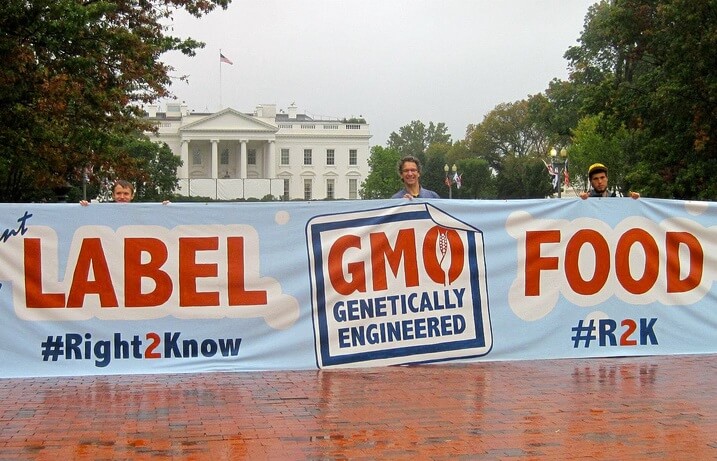 As of today, more than a dozen states or localities are considering bills or planning labeling initiatives. But despite the flurry of activist activity, there is no clear sign that voters or legislators are inclined pass such measures.

Within just a few short months, GMO labeling mandates failed in a California referendum and measures introduced in New Mexico and Colorado didn’t even make it out of committee to floor votes. On February 21, after an emotional five hour debate, a Colorado House committee voted 7-2 against a labeling bill, in part because they thought that GMO labeling should be regulated at the federal level, not at the level of the state.

Activists have been counting on state mandates to gain momentum to eventually push through national labeling laws. But now it seems as if the tide may be shifting from a state-by-state strategy to a nation-wide movement. Congressman Rep. Jared Polis (D-CO) has announced plans to introduce a national labeling bill, and several mega-sized food companies—including Wal-Mart, PepsiCo and ConAgra—are discussing lobbying for a national labeling law. This may be a turning point for folks on both sides of the debate.

A coalition of agricultural companies and food manufacturers—“Big Food” in the lexicon of activists—spent more than $40 million to help defeat California’s labeling initiative, Prop 37. So why the apparent change of heart?

Some pro-label advocates see the change as proof that their boycotts and social media attacks are working. “Money talks both ways, but now they are starting to get it,” writes labeling activist Heather Callahan. “Big companies like Wal-Mart and food giants finally voicing labeling desires is a step in a good direction.”

“Could it be that bad press and consumer backlash have dulled the enthusiasm of these former biotech cheerleaders?” asks Ronnie Cummins, director of the Organic Consumers Association, which helped fund and run the labeling effort in California. “Or is Big Food just cozying up to the FDA so they can derail the growing organic and anti-GMO movement, and finagle a federal labeling law so toothless it won’t be worth the ink it takes to sign it?”

Although the companies haven’t explained their apparent strategy switch, it’s likely the reversal was prompted by the prospect of having to deal with piecemeal state or local legislation that would undoubtedly result in lengthy and expensive court battles. Many activists, like Cummins, view the shift cynically.

“We should be wary of any compromise deal at the federal level, one that would preempt the passage of meaningful state GMO labeling laws that have real teeth,” he writes, emphasizing the need for pro-labelers to keep working at state and local levels. “We need to pass mandatory GMO labeling laws in the current frontline states of Washington, Vermont and Connecticut…”

The reality is that either route that activists are pursuing—state or federal—faces long odds. Policy experts believe that any state mandate would be overturned by the courts. “If I were a betting man, I think the odds are good that the Supreme Court would … strike down a GMO labeling requirement,” said Hank Greely, director of the Stanford Center for Law and the Biosciences. Henry Miller, also at Stanford, at the Hoover Institution, agreed. Miller pointed out that federal law usually trumps state law, and in 2011 a federal court in Los Angeles ruled that a statewide requirement to label genetically engineered foods went against federal law.

Rep. Polis’ bill is predicated on the labeling movement’s slogan that consumers have a “right to know” what’s in their food.  Anti-GMO “Just Label It” campaigners have amassed more than a million signatures asking the Food and Drug Administration to label genetically engineered foods.

[Consumers] also have the right to know when a food contains something new that makes it materially different, such as an allergen or unexpected nutrient. Soybean varieties that are genetically engineered to contain high amounts of the monounsaturated fat oleic acid must bear labels that make that property clear, said FDA spokesperson Morgan Liscinsky. But there is no requirement that food producers use those labels to say how they raised those oleic acid levels, according to the FDA.

Miller adds that “similar to informing [consumers] about whether a fruit or vegetable was hand- or machine-picked, telling them only that a product was ‘genetically engineered’ conveys no useful information.”

That was exactly what the United States Second Circuit Court of Appeals concluded in 1996 in International Dairy Foods Association v. Amestoy. The court overturned a 1994 Vermont law that had required dairy producers to label milk that came from cows treated with a genetically engineered protein, ruling that food labeling cannot be mandated simply based on consumer curiosity.

“Were consumer interest alone sufficient,” the judges wrote, “there is no end to the information that states could require manufacturers to disclose about their production methods.”

The FDA and federal courts have set several precedents that would predict another rejection of GMO labeling mandates at both the federal and the state levels. But now that Big Food may be throwing its hat (and wallet) into the ring, it’s hard to predict where this giant food fight will go from here.