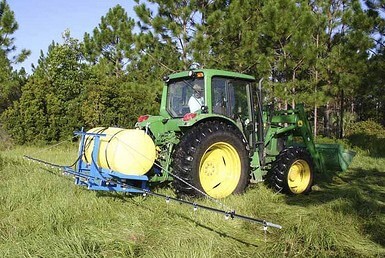 Despite what you have read on the Internet, an MIT study has not shown that glyphosate, the herbicide used in conjunction with Monsanto’s line of Roundup Ready genetically modified seeds, is behind “most of the diseases and conditions associated with a Western diet,” including “gastrointestinal disorders, diabetes, heart disease, depression, autism, infertility, cancer, and Alzheimer’s disease.”

Last week, an overly credulous Reuters article summarizing a study by non-experts in a “pay for play” journal with no credibility among scientists quickly spread around the web, under headlines that almost invariably cited “an MIT study” and linked the herbicide and the biotech plants it is used with to a litany of diseases and disorders. Respected science journalists Keith Kloor and Paul Raeburn have written thorough take downs of the paper and Reuters article in question. In short: It’s not a study (no data is presented); the “MIT” comes from the fact that one of the researchers happens to be affiliated with the university in a way that has nothing to do with genetics or chemistry;  and shame on Reuters for propagating such sketchy journalism masquerading as “science.”

I should be used to credulous journalism and suspicious science; as someone with a background in evolutionary biology, I know the tactic of taking ideology, trussing it up like proper science by placing questionable articles in questionable journals and brandishing science-like jargon and parading it across the cultural stage—the folks behind Intelligent Design have been doing this for ages. Yet here I am, M.S. in science writing from MIT itself,  having been taken in—at least momentarily—by the shoddy work of two people who have at best produced a terrible effort at science and at worst an ideology-driven bit of scaremongering dressed up in science’s clothes.

I’m here not to trash the uncritical coverage or the paper itself but to offer some perspective on navigating the intellectual landscape of agricultural biotechnology which is full of well-hidden mines just like this one, primed to explode on well-meaning, intelligent, educated—and trusting—laypeople. I’m here to admit how difficult it can be, even for people with relevant training, to invest the time and mental energy required to calibrate their bullshit detectors. All the same, it is possible and necessary to separate science from pseudoscience. I want to walk you through my own process of evaluating the paper—not from a position of authority but from that of an educated person trying to muddle through.

Seth Mnookin, author of The Panic Virus and current member of the MIT graduate program in science faculty, offered his comments about the fiasco via email: “Anytime a study is claiming to have discovered the reason for a literal grab bag of diseases—in this case, everything from IBD and ADHD to autism and Alzheimer’s—huge, blaring alarm bells should go off. These are dramatically different diseases; presuming to find one cause doesn’t just stretch the imagination, it sounds insane.” Mnookin was one of several people who blasted Michael Pollan on Twitter for sharing a link to the Reuters report.

This is bullshit detection 101: If someone claims they’ve figured out everything that’s wrong with American politics and it’s all because there was a second shooter at JFK’s assassination, you would rightfully give them a sidelong look.

When alarm bells fire, it’s time to dig. Even if you lack formal scientific training, it’s good practice to call up a copy of the paper if you can (here’s the one we’re talking about). The abstract is almost always readable, and you can find out who the authors are and what sources they cite.

At a quick glance, this paper gives the impression of being a proper piece of scientific writing. It’s in what sounds like a reputable journal, Entropy, and formatted like other academic papers, with an interminable list of citations. You might laugh at the idea of being tricked by formatting, but the human brain is particularly good at recognizing patterns, and conscious or not we’re influenced by how “official” a document looks. Why else would a resume in comic sans evoke laughter?

Related article:  Does the Seralini corn study fiasco mark a turning point in the debate over GM food?

However, from the first page, the report is riddled with danger signs. The two people listed as authors are an “independent scientist and consultant” and a member of MIT’s computer science and artificial intelligence laboratory – neither is a geneticist or biochemist or biologist or botanist or nutritionist or anything else that might lend them expertise in the matter of glyphosate’s effects on human health.

By the second page, despite those 280-odd citations, the authors have made a major claim without citing any evidence: “Research indicates that the new RNA and DNA present in genetically engineered plants … have not yet fully understood biological effects.” Given the impressive literature that exists documenting the safety of genetically engineered plants, it seems rather glib to hinge your entire argument on a premise without providing a single piece of supporting evidence. In fact, the biological effects of new RNA and DNA in genetically engineered plants has been widely studies in dozens of articles. With a few controversial exceptions, the overwhelming consensus of mainstream geneticists and major international science bodies is that the biological impacts of genetically modified crops are benign and GE foods are safe for human consumption.

The authors ignore 98% of the studies to focus on a single discredited one. The authors cite the now-infamous work of French scientist Gilles-Eric Seralini, whose deeply flawed study linking Roundup to cancer in rats has been roundly rejected by the scientific community. Not good.

The paper doesn’t get any better. The authors jump from unsupported conclusion to unsupported conclusion and from one disorder to another, daisy-chaining the supposed deleterious effects of glyphosate on our gut bacteria as a facile explanation for colitis and autism and obesity. At no point do they perform any original experiments or provide any direct evidence of the links between the various rungs in their daisy-chain of doom – it’s all couched in far-fetched plausibility-as-evidence.

Anyone with a clear head can tell you that just because something is remotely possible does not make it so. This entire paper is simply 30 pages of long-shot arguments for the plausibility of a too-bad-to-be-true story using the world’s most notorious herbicide to explain every ailment under the sun.

Even worse, they wave away all of the evidence of safety accumulated over glyphosate’s 30 years of use. It’s extensively tested and is known to be one of the mildest herbicides used in agriculture today—as much as 100 times less toxic than many commonly used agricultural chemicals. It is widely used for agriculture, horticulture, and silviculture purposes, as well as garden maintenance (including home use). The EPA considers glyphosate to be noncarcinogenic and relatively low in toxicity. It does not bioaccumulate and breaks down rapidly in the environment.

There are other factors pointed out to me by Mnookin, Kloor and Raeburn—including the fact that the journal Entropy requires authors to pay for publication, much like the vanity presses that churn out terrible books for the sake of author’s egos and a quick buck.

The fact remains that it took a few hours—and the help of more experienced journalists—for me to fully grasp the massive scale of flaws in this study; simple baseline skepticism wasn’t enough. That’s a huge amount of time that few people have at their disposal (especially folks who are not getting paid to look into these things).

Unfortunately, this is the state of affairs surrounding the trumped-up, histrionic and admittedly exhausting debate around the health and safety of genetic modification and agricultural biotechnology—it’s as rife with pseudoscience and misleading wooly-headed nonsense as discussions over Intelligent Design and the alleged dangers of vaccines (pet pseudosciences of the right and left, respectively). If you want to be involved in the discussion, or even just want to make informed decisions, though, wading through this mess is the price of entry.

Kenrick Vezina is Senior Editor for the Genetic Literacy Project and a freelance writer and educator based in the Greater Boston area.