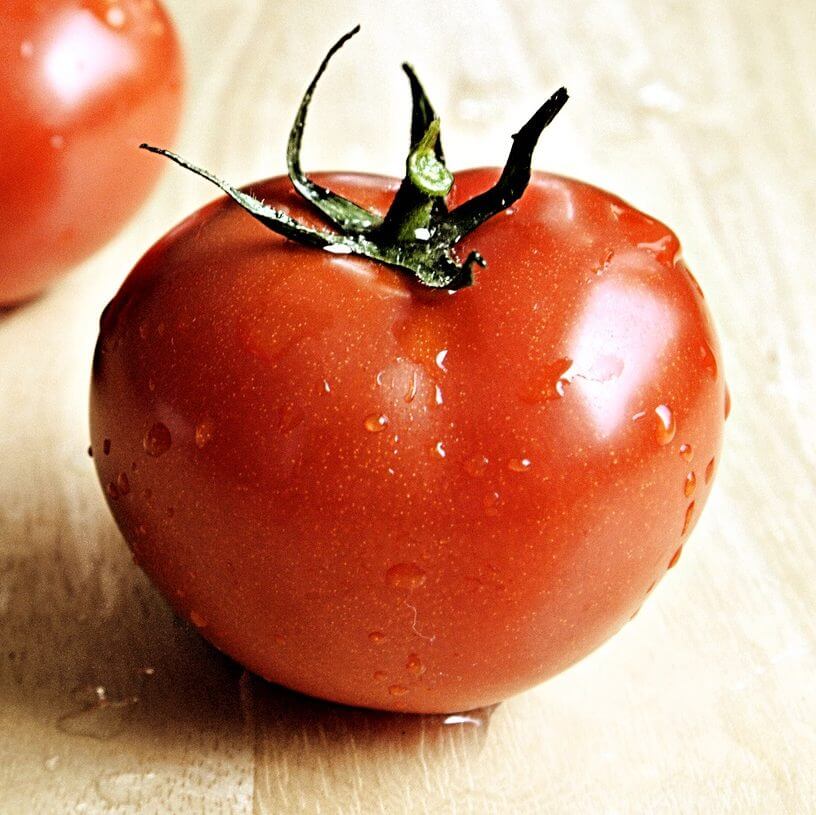 Many consumers—especially those who consider themselves ‘progressive’—have come to embrace the hard-edged beliefs, promoted by factions of the organic industry, that gene-altered crops are less safe, nutritious and sustainable than organic crops and foods.

The chief promoter of anti-biotechnology claims is the Organic Consumers Association led by Ronnie Cummins, with some help from foodies like Michael Pollan and Mark Bittman. The OCA has campaigned relentlessly against conventional agriculture, but it’s greatest ire is reserved for biotech crops and foods.

The OCA’s home page promotes a litany of anti-science posts—mostly tirades written by Cummins or from well-known anti-biotech advocacy groups, usually with no reputable sources linked. The centerpiece of its current campaign is a guide titled “GMO Myths and Truths.” If only to ridicule them, OCA lists claims made by prominent scientists and endorsed by every major science organization of note in the world, including in Europe where politicians, but not scientists, have promoted bans and restrictions. According to OCA, these miscreants falsely believe genetically modified crops:

According to every leading national and international science body, those statements are accurate, although the specifics of each claim are complicated and worthy of nuanced discussion. But one won’t find that kind of serious dialogue at the OCA site. Rather, it promotes blind anti-biotech advocacy and non-education, making the sweeping and false statement that “a large and growing body of scientific and other authoritative evidence shows that these claims are not true.”

The OCA’s “authoritative evidence” is contained in “GMO Myths and Truths,” written by anti-biotech Earth Open Source, a British NGO that bills itself as committed to “collaborative approaches for sustainable foods.” Like OCA, it is a campaigning organization that has no scientists of any note on staff and no track record of serious science analysis or journalism.

From a science perspective OCA and its associated groups are a mess of a resource for anyone interested in a discussion of the data on the environmental and health impacts of biotech crops and food—let alone an honest appraisal of the benefits and limitations of organic agriculture. Unfortunately for public discourse, the OCA’s misinformation campaigns have become templates for other organic and foodie groups, obscure and mainstream.

Just last week, for example, the popular website Eating Local and Organic published a bizarre post purportedly addressing the question “What is GMO?”  Its sole example: gene-altered tomatoes. It claims that the tomato was modified by process that causes tumors in rodents, killing them, implying that humans faced the same fate. “The foreign DNA ends up inside the good bacteria in our gut that’s responsible for digestion,” the unnamed writer for the site writes. “Have you wondered why so many people are needing pro-biotics these days? What about all of those Activia commercials to ‘make you regular?’”

This is fear mongering at its baldest; Health problems including the threat of gastronomic suicide must ultimately be caused by conventional agricultural products containing GMOs!

In this case, the anti-biotech argument focuses on a product that is not even in available—the Flavr Savr tomato. The source for this outrageous claims is a “documentary” called “The Future of Food” produced by an anti-biotech front group founded and funded by Cummins’ OCA. Like almost all anti-biotech claims by radical NGOs, it has a speck of truth embedded in exaggerations and flat out misstatements. In 1994, the Food and Drug Administration approved the first commercially grown genetically altered food for human consumption, a tomato called the Flavr Savr, which was altered to slow the ripening process, preventing it from softening, while still allowing it to retain its natural color, flavor and nutritional value. The tomato was evaluated extensively by independent and industry scientists, as well as by the Food and Drug Administration, and found healthful and environmentally benign.

To get those characteristics into the tomato and into transgenic crops, geneticists use what’s called a “promoter”, which is a nucleotide sequence that acts like a motor driving production of a genes’ message. The article on the organic site—and similar claims on hundreds of other foodie and anti-biotech web pages—makes the alarmist claim that something weird and dangerous must be going on because the promoter is carried by a virus and in this instance because it commonly infects cauliflowers (known as the cauliflower mosaic virus or CaMV).

In fact, viral vectors are key to bioengineering; they have been rendered noninfectious, are just transporters and are utterly harmless. The FDA extensively evaluated the Flavr Savr tomato, concluding that it “is as safe as tomatoes bred by conventional means” and that the process used to make it is “safe for use as a processing aid in the development of new varieties of tomato, rapeseed oil and cotton intended for food use.”

Despite the new tomato’s obvious benefits activists campaigned against it, calling it a “mutant veggie.” It never caught on and was eventually discontinued. A safe and nutritious food was removed from the market by a disinformation campaign. Even today, palpably false accusations about the tomato’s safety are re-circulated by Cummins and by other anti-biotech campaigners, such as Jeffrey Smith, who falsely claim that the Flavr Savr tomato or its ingredients killed rats in lab tests. (In fact, in lab tests, some rats fed an exclusive diet of tomatoes did show esophageal lesions, which speaks to the acidity of tomatoes; there was certainly no evidence of toxicity as Cummins and Smith have implied).

A sad twist in the fevered efforts of anti-biotech advocates is the degrading of the integrity and credibility of more mainstream organic groups. Although the leaders of the Organic Trade Association sometimes distance themselves from Cummins’ anti-science guerilla tactics, they now swim in the same cesspool of pseudoscience. The OTA no longer publicly rebukes his outrageous statements, and in fact they end up circulating many of his insinuations or outright falsehoods.

The OTA’s primary vector is its regular “consumer survey” that trumpets the anti-biotech beliefs of its green washed supporters. It’s latest tracking poll, released in March, indicated “32 percent of parents who learned about GMOs in the news are significantly more likely to increase their organic purchases.” Those numbers have risen in recent years—not because of any new data suggesting biotech crops are harmful. Rather, it’s the result of scare campaigns, which the OTA, like its less reputable cousin OCA, encourages.

“Results from the latest consumer survey conducted for the Organic Trade Association (OTA) reveal that as U.S. families are becoming increasingly aware of the presence of unlabeled genetically modified organisms (GMOs) in foods in the marketplace, they turn to organic as the food labeled by law to not have been made with genetically engineered ingredients,” the OTA boasts in its press release. That news release drove hundreds of news articles and thousands of posts that ricocheted through the Internet echo chamber.

The organic industry has been growing in part by promoting the false claim that organic products are more nutritious than conventional varieties. According to its latest survey, “Families continue to cite their desire for healthful options, especially for their children, in choosing organic foods,” the survey notes. That’s green washing; study after study, going back to the 1960s, has found that organic foods are neither safer nor more nutritious alternatives to conventionally grown crops. The most recent, considered definitive—and in line with all major past studies—examined 237 scientific reports over the past 50 years evaluating the nutrient content of organic and conventional foods. Researchers at Stanford University concluded that organically and conventionally produced foodstuffs are comparable in their nutrient content.

Organic supporters also ignore the sustainability contradictions at the heart of their passion. Although organic farming may be environmentally benign when producing small quantities of crops for regional markets, they are environmentally precarious on a large scale. In 2008, as part of its Census of Agriculture, the USDA conducted the Organic Production Survey, the largest every study of organic farming yields. As Ramez Naam has written in his recent book on sustainability, The Infinite Resource, it takes one and a half times to two times as much land in the U.S. to grow food organically than it does to grow food via conventional methods. That, in turn, puts more pressure on farmers around the world to grow more. In the developing world, that often means slashing and burning forest into farmland, a process that emits a tremendous amount of carbon dioxide into the atmosphere and harms both the water cycle and species that live in forests.”

In other words, although organic farming might require the use of fewer pesticides (genetically modified crops also use far less pesticides, of course), its broader impact could be environmentally disastrous: it would require more acres cut out from virgin woodlands and an estimated 5 to 6 billion additional head of cattle to produce enough manure to fertilize that farmland—and there are only about 1.3 billion cattle in the world today.

“Clearing that much land would produce around 500 billion tons of CO2, or almost as much as the total cumulative CO2 emissions of the world thus far,” Naam summarizes. “And the cattle needed to fertilize that land would produce far more greenhouse gasses, in the form of methane, than all of agriculture does today.

Organic activists led by the OCA, OTA and foodies may believe they are on the side of the angels, but their campaigns are often ignorant of science, selfishly focused on the desires of the affluent and ultimately destructive. Their policies also drive up costs to many consumers who cannot afford the price premiums charged by the organic industry for what is largely, in scientific terms, a ‘feel good’ purchase. Even worse, their efforts if emulated in the developing world could seriously damage world food security, resulting in an increase in malnutrition and even premature deaths.

The organic industry has a direct commercial interest in sowing confusion and doubt about genetically engineered crops and food ingredients derived from them.  Anything that creates doubt or concern about foods that may have genetically modified ingredients in them, or are labeled “May Contain Genetically Engineered Ingredients” is doing the organic industry’s marketing work for it and driving confused consumers to higher-priced products.