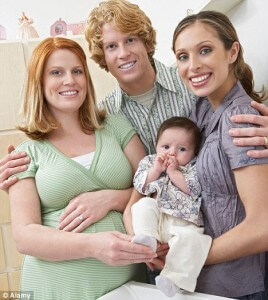 The approach is controversial mostly because it could result in genetic alterations that can be passed on to subsequent generations. Up to now, policy in the US and some other countries has been not to approve gene therapies that would affect the germline, the cells that give rise to eggs and sperm. Mitochondrial replacement has been under consideration in Britain for some time and may be approved there soon if Parliament agrees.

The FDA is trying to avoid getting into the hot topic of germline modification, but that may not be possible. It has declared ethical and public policy issues to be outside the scope of the meeting, which is supposed “to consider scientific, technologic, and clinical issues that would be relevant to future applications in this field.”

Lots of luck with that. It’s a public meeting, and will be webcast too, which surely invites comment from opponents of this work as well as those who want it to go forward. Not to mention the obvious fact that germline modification is a scientific, technologic, and clinical issue as well as a matter of ethics and public policy.

What are mitochondrial manipulation technologies?

Mitochondrial manipulation technologies are those that change the normal distribution and inheritance of mitochondria, tiny DNA-containing structures in a cell. The media love to describe the product of this approach to assisted reproduction as a baby with three parents. It’s true enough in a strictly genomic sense.

The three-parent baby has Mom and Dad’s combined nuclear DNA in the usual way, DNA from a cell’s nucleus being what we usually mean when we speak of “the genome.” But our cells contain another genome too: the DNA in mitochondria, known as mtDNA. That DNA is supplied by a third person in the form of an egg from a donor.

The simplest way to correct mitochondrial disorders (conceptually simplest at least, it’s quite a technical feat) is to eliminate the defective mtDNA from the mother’s egg before in vitro fertilization. This is done by removing the nucleus from a donor egg containing normal mitochondria and inserting a nucleus from the prospective mother’s egg instead.

Thus the fertilized egg has both mother and father’s nuclear DNA, but donor mtDNA. The resulting triparental embryo is then implanted in the mother’s uterus, just as in the usual sort of IVF. There are other mitochondrial replacement possibilities of varying complexity as well; see the FDA briefing paper (available free at the site) for descriptions. Much of the background information used here is from this paper.

Mitochondria, small and numerous, are usually described as the cell’s power plant. Their DNA contains only 37 genes, compared with the nucleus, which has 21,000 or so. But there are hundreds or even thousands of copies of mtDNA in a single cell, whereas there is only one nuclear genome. The nuclear genome is essential for mitochondria, however: a mitochondrion requires about 1500 proteins to do its work, and most of these are made by DNA in the nucleus, not the mitochondria.

MtDNA has a much higher mutation rate than the nuclear genome’s, and some mitochondrial diseases are serious or even fatal. Individual mitochondrial diseases are rare, but it’s not clear how common they are in the aggregate. The Mitochondrial and Metabolic Disease Center at the University of California San Diego estimates 1000-4000 children born in the US each year with mitochondrial disorders. In adults, mitochondria seem to be involved in aging and diseases associated with aging such as diabetes, dementia, cancer and others, but the exact role(s) mtDNA plays is unknown. The FDA document wisely avoids prevalence data, which are squishy at best.

In mammals, sperm contain nuclear DNA alone; mitochondria are only in the egg and therefore are inherited only from the mother, who passes them on to all her children. But because of the high mutation rate, the mitochondria in an egg can be very variable. It is not possible to predict whether a child will have a mitochondrial disease even if the mother does.

Heaven knows there are enough immediate issues of safety and efficacy surrounding mitochondrial modification to keep the FDA occupied for two full days. But the reason this approach to assisted reproduction is so fraught is that for the first time it could make possible the ability to create changes that can be passed to descendants.

As you probably know, enthusiasm for introduction of heritable changes into the human species, usually called eugenics, has been around since the 19th century. In the 20th, forced sterilization of the mentally retarded in the US, plus Nazi Germany’s espousal of race improvement, gave eugenics a deservedly bad name. A few decades ago, as genetic science became more precise, talk about germline modification revived. There was lots of discussion in the ’90s, pro and con, followed by comparative silence–perhaps because the technical hurdles for doing germline modification made clear that it was not just around the corner.

Now it is, and in unexpected fashion. The talk is of modifying mtDNA, not the nuclear genome. Germline modification would be a side effect of intricate attempts to eliminate mitochondrial disease. This is not a formal program of genetic improvement imposed by the state. If successful at preventing disease, it will be a medical consumer product available from the assisted reproduction industry.

Germline modification has created strange bedfellows; critics come from both left and right. On the left, we have organizations such as the Center for Genetics and Society in Berkeley, CA, and the Council for Responsible Genetics in Cambridge, MA. CGS’s Marcy Darnovsky has argued in Nature that mitochondrial replacement is a slippery slope, “a door-opening wedge towards full-out germline manipulation, putting a high-tech eugenic social dynamic into play.” CRG says, “There is no way to be accountable to those in future generations who are harmed or stigmatized by wrongful or unsuccessful germline modifications of their ancestors.”

Nonetheless, there continues to be enthusiasm for intentional germline modification. In a recent article reviewing potential techniques for deliberately changing human genomes, three British researchers argue that major benefits are likely to accrue through safe and effective genetic modification. It would be unethical, they say, to take a precautionary stance against it.

Jon Entine, executive director of the Genetic Literacy Project, has argued here that left-wing critics, “regularly present the most exaggerated and implausible scenarios, suggesting catastrophic consequences unless society embraces their recommended policy solution—shut down all germline research. Scientists do not work in a social and regulatory vacuum. They necessarily will be responsive to reasonable oversight, which is not what hyperbolic critics have in mind.”

It’s not at all clear whether the FDA deliberations will end in ruling against mitochondrial modification or in reasonable oversight. The briefing paper supplied to committee members (and available free at the FDA site) is, in its quiet technical way, fairly alarmist about the potential risks of mitochondrial modification–alarmist not about exotic futurist risks like germline modification, but about more immediate concerns, such as research risks to patients.

Still, the staff has produced draft guidelines for clinical trials, also available free at the site. The existence of the guidelines suggests that FDA expects trials of mitochondrial modification to go forward and simply wants to set some boundaries for the ways they should be conducted.