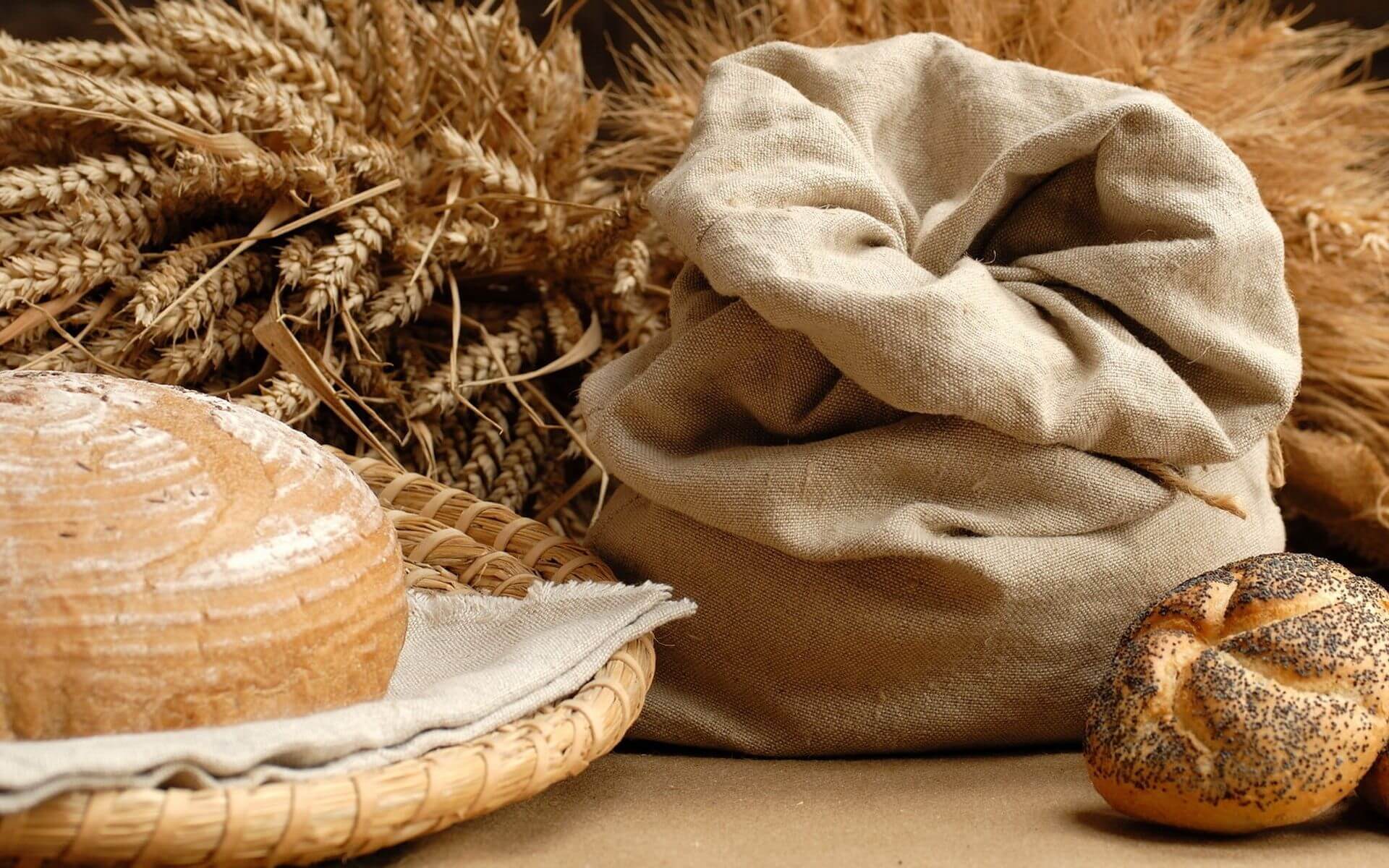 All flesh is grass, saith Isaiah. No grass contributes more to human flesh than the wheat that gives us our daily bread. Bread wheat feeds 30 percent of the human population and provides 20 percent of our calories. And bread wheat may be able to meet future challenges of feeding a hotter, drier, more populous world thanks to two major genetic research developments in just the last few days.

Last Friday, Science published a series of open-access papers describing the most detailed picture of the very complicated wheat genome so far.  On Sunday, Nature Biotechnology published an account of how Chinese researchers have used the latest gene-editing techniques to make bread wheat resistant to the fungal pathogen called powdery mildew, a major scourge of wheat growing.

The wheat genome sequence is a boon to plant breeders who want to bring to wheat not just disease resistance but other crucial traits such as the ability to withstand drought and pests.  The Chinese work gives hope that advanced gene editing techniques can yield improved wheats that are free of the stigma of GMOs and will not encounter consumer resistance.

These techniques — I wrote about the one called CRISPR and others here at GLP in February —are adaptations of naturally occurring genetic processes. In the wheat case, they did not involve traditional genetic engineering approaches such as inserting a foreign gene. They were gene deletions resembling conventional mutations.

In a Technology Review piece about the powdery mildew research, David Talbot quoted Xing-Wang Deng, who heads a joint research center for plant molecular genetics and agricultural biotech at Peking University and Yale. “And this could be considered as a nontransgenic technology, so that can be very significant. I hope the government would not consider this transgenic, because the end result is no different than a natural mutation.”

Give us this day the very complicated bread wheat genome

The genetics of bread wheat, Triticum aestivum, are far more intricate than the genomes of those other indispensable grains. First of all, the wheat genome is gigantic—well over 100,000 genes, five times as many as H. sap‘s paltry 20,000 or so. That’s because wheat has been a more than usually promiscuous plant. That hybridization history has been revealed in the just-published research by a huge team known as the International Wheat Genome Sequencing Consortium.

Like many plants, bread wheat has more than the usual two sets of chromosomes, the diploid condition we animals are accustomed to.  As Jennifer Frazer explains at National Geographic, several hundred thousand years ago two diploid grass species, Triticum urartu and Aegilops speltoides, hybridized to produce emmer wheat, a tetraploid  (with four sets of chromosomes.)

Wild emmer has been found in a 20,000 year-old hunter-gatherer archaeological site near the Sea of Galilee, and domesticated emmers date back well over 10,000 years. In recent times emmer has been eaten mostly in Italy, where it is known as farro. In the US, farro has lately been resurrected as a trendy boutique food item, a crunchy cooked grain served on its own or as an ingredient in salads and soup.

But emmer is not bread wheat. Bread wheat is the result of another mating, this time between emmer and the grass Aegilops tauschii, a mating that is believed to have occurred at the dawn of agriculture about 10,000 years ago. This hybridization yielded Triticum aestivum, a hexaploid plant (with six sets of chromosomes.)

Wheat is the Habsburgs of the plant kingdom

To complicate matters further, A. tauschii itself appears to have been the result of the mating of emmer’s parents, T. urartu and Ae. speltoides. In a post at Scientific American, Frazer observed dryly that wheat’s family tree resembles the Habsburgs’ because of what it reveals about matings between close relatives. One scientist, she said, calls this revelation “shocking.”

More than 80 percent of bread wheat’s six sets of chromosomes consists of long strings of repeated sequences, particularly ferocious to sequence. Which is why the T. aestivum genome is still incomplete, still technically only a draft sequence. Researchers have finished the more-or-less final reference sequence on just a single chromosome, known as 3B. The plan is to finish the other 41 chromosomes within three years. In the draft, the genes are on the correct chromosomes in the correct order, but the huge sequences between the genes are not yet known.

A signal accomplishment of the Chinese work on making wheat resistant to powdery mildew is that the researchers were able to disable all three copies of the genes encoding proteins that repress defenses against the fungus. “This is very, very interesting; it is quite an accomplishment to knock out all three genes at the same time,” Deng said.

Bread wheat as a GMO?

Which brings us to prospects for making T. aestivum into a GMO. In contrast to other crops like corn, no significant amounts of genetically engineered wheat are grown anywhere. In a New York Times op-ed last February, Jason Lusk and Henry Miller say this is because short-sighted US wheat farmers resist GM varieties due to fear of higher seed prices and consumer resistance abroad that would damage the wheat export market.

Monsanto is developing an herbicide-resistant GM wheat that will be ready to market in a few years, they say. “But the federal government must first approve it, a process that has become mired in excessive, expensive and unscientific regulation that discriminates against this kind of genetic engineering,” Lusk and Miller complain.

They think the problem with consumer acceptance of GM wheat lies in the fact that wheat is grown largely for human consumption, whereas most corn goes for animal feed and ethanol. They argue that drought-resistance in particular is a trait wheat badly needs, especially because the US breadbasket lies mostly in the central plains over the Ogallala aquifer, which is rapidly being depleted.

Drought-resistance is obviously a most desirable quality to breed into wheat. Lack of water is a problem for much of the world far beyond the Ogallala aquifer, and agricultural land is only going to get drier as the planet gets hotter in the next decades. What is not clear is whether the biotechnology techniques Lusk and Miller speak of are the only way to achieve superior dryland wheat, or even the best way.

It may be significant that the agricultural scientists reporters interviewed about the wheat genome papers were excited because they thought this new information meant much-improved ways of bettering wheat with conventional plant breeding techniques. None of them mentioned engineering new wheats via foreign gene transfer or any other of the usual biotech forms of genetic modification.

The Chinese work on powdery mildew suggests that advanced gene editing techniques could contribute new traits to food crops in ways that mimic natural mutations. That may mean that CRISPR and other such editing approaches will create superior plants that can escape the label “GMO.”