On Sunday there were dozens of reports, including on CBS, that GMO grass about “GMO” grass that killed cattle. It was trumpeted with hysterical headlines far and wide on anti-GMO websites. “Shockingly, (and quite disturbingly), the GM grass actually produced toxic cyanide and sent the cattle into a life-ending fit 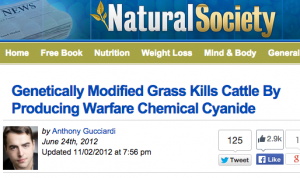 that included painful bellowing and convulsions. The deaths have led to a federal investigation centered in Central Texas, where the cattle had resided.”

Turns out it was not GMO grass at all—there is no genetically modified grass–but a hybrid—a conventionally bred variety. A CBS News affiliate that originally reported that story has since retracted it, although the false report still litters the Internet. In the meantime I received many inquiries about the difference between a GMO and a hybrid, as the latter sounded truly freaky and much more invasive than any frankenfood.

While hybrids are not the technology we usually think of with the terms genetic modification or genetic engineering, it is just that—humans manipulating plants by modifying the genes of an organism toward crop improvement. No lab needed, just cross two sexually compatible plants that are different! The next generation has literally tens of thousands of new gene variants, and maybe new genes, that are different from the parents.

Genetic Modification in the common vernacular means a gene (or genes, usually a couple) that are added to an organism to confer a valued trait. This requires a lab and recombinant DNA technology.

But this is what I call the Frankenfood Paradox. Transgenic modification in the lab is the least invasive genetically, it is the most well understood, yet it is the one most shunned by those that oppose biotech. 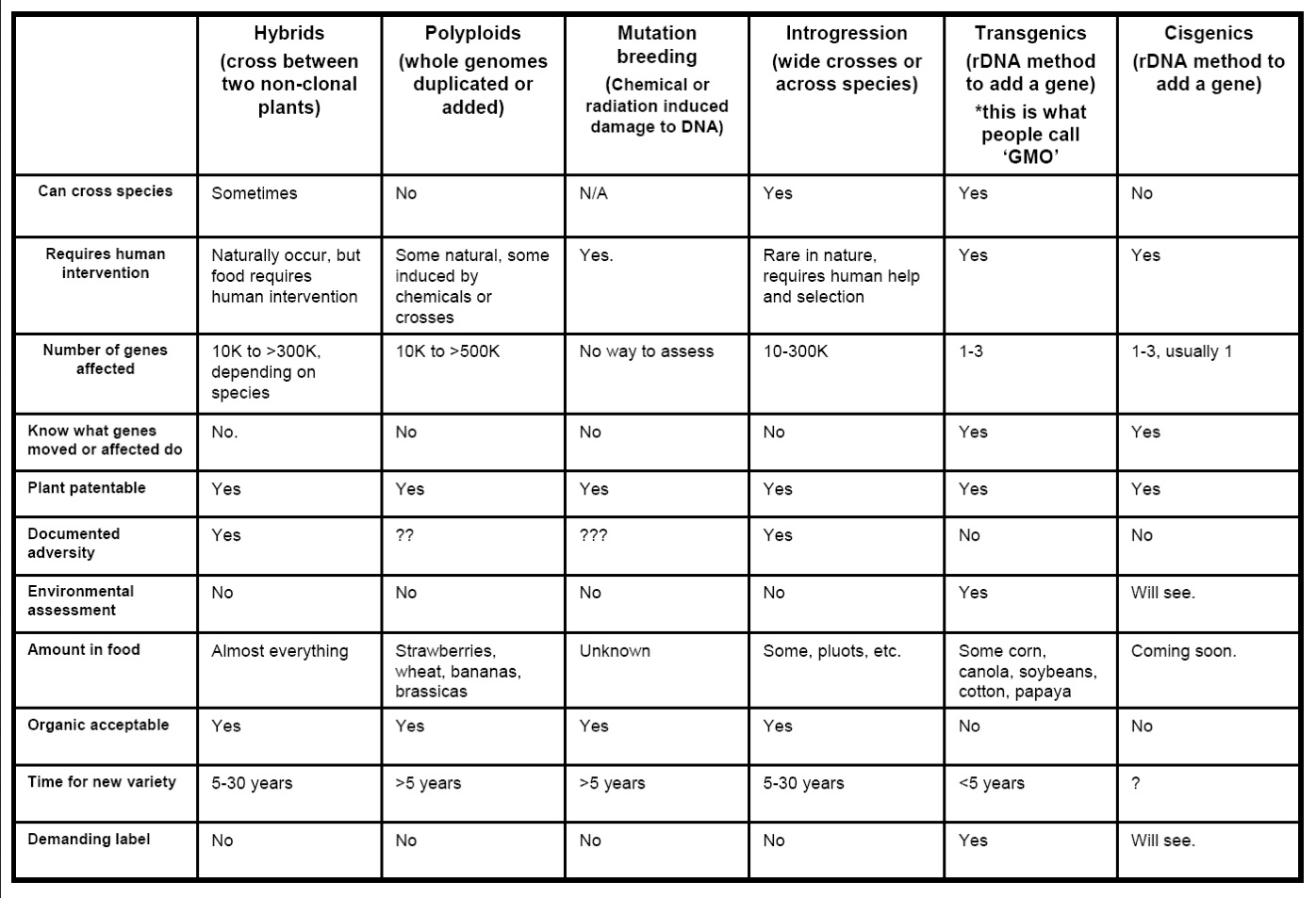 Here are the ways that plants are genetically altered. Note that all of them are acceptable to most people, despite having no idea what the heck is being changed, and the huge number of genes affected.

Here is the paradox! What you will find is that transgenic technologies are much more understood, predictable, traceable and safe. Fewer genes are moved and we know what the genes do. We can determine where genes land in the genome and where/if/when/how much they are expressed. However, these are not allowed in organic cultivation and people want to label them. The acceptable methods move or alter tons more genes in random ways that can’t be traced or even remotely understood.