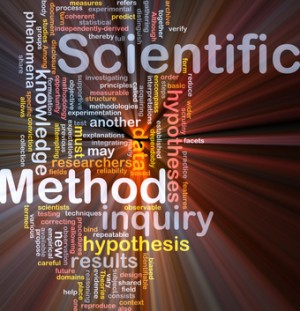 Where science trumps ideology…that’s the motto of the Genetic Literacy Project. It’s the perspective that we GLP writers are implored to take on every post, and by highlighting the science we try to make society as a whole evaluate genetics issue objectively. If people would think and vote about issues of science based on science, regardless of their ideology, things would work better.

This approach applies to genetic engineering and agricultural issues as much as it does to science education related to the evolution and origins of life, and to the immense ages of planets, stars, and the universe itself. It applies similarly to the science of climate change, vaccines, nuclear power, abortion, human embryonic technologies, and even seemingly minor issues, like male circumcision. But how easy will it be for science to triumph?

Logically, we should expect that education should go a long way in helping people make decisions based on the data, and history shows that it works to a certain extent. Our society does not make policy decisions related to witchcraft, for example, because, unlike 400 years ago, most people are educated enough not to believe in witches in the first place. Nor do many people today believe the Earth is flat, or that the Sun and planets orbit the Earth. Education and the spread of information eventually do lead people to shake off beliefs that are inconsistent with the discoveries that science makes about nature.

Nonetheless, history suggests that shaking off the beliefs often can take a great deal of time, and a study published last year tells us pretty much the same thing. Conducted at the University of Alabama, the investigation examined students’ acceptance of evolution. Education was found to be a factor with science majors showing a higher rate of accepting evolution and rejecting creationism compared with non-science majors. However, students’ religiosity was shown to have a greater effect, particularly for those learning about evolution in college classes. Specifically, only students identifying as not religious tended to accept evolution more and more as they learned about it more and more in college.

In contrast, students with a strong adherence to an organized religion (in most cases Christianity, due to the demographics) tended to maintain any rejection they held for evolution, and to hold strongly to creationist beliefs, even after being taught about evolution at the college level, and even upon accepting that the scientific community is not divided over evolution.

Whenever religion and evolution are discussed together, somebody always points out that there are religious people who work in science and reconcile evolution with the belief system underlying their religious practice. NIH director Francis Collins is the person they mention the most, because his genomics work of course relates intimately to evolution, and yet he is an evangelical Christian. Pope Francis is now too, because two months ago he said:

Evolution in nature is not inconsistent with the notion of creation, because evolution requires the creation of beings that evolve.

While the Pope’s words initially may sound progressive and open minded, they immediately came under harsh criticism as an example of religious double think, and the criticism can be applied similarly to the other Francis. Whether in Washington or Rome, saying that you agree with a theory that’s completed accepted by the scientific community and lies at the foundation of biology shows that you can communicate with the secular world, but how much it helps society depends on how it affects the religious person’s policy positions. Do these two high profile Christians support educational policies that keep religion out of public schools? I would guess that Collins probably does, but I’m not sure we can assume this about the Pope.

Expanding the caution that I outlined above to realms of ideology outside of traditional organized religion, the take home message is this: whenever a high profile individual of any kind of fundamental belief system claims to be OK with a scientific idea that seems to conflict with that belief system, we should ask them about the policy implications of their expressed open mindedness.

What does it mean, for instance, when the CEO of a tobacco company admits that he agrees that smoking causes lung cancer, emphysema and hundreds of other diseases? Does it mean he’s ready to stop manufacturing a delivery system for poison, or is it simply a strategic decision to admit what most people already have understood for decades?

What are the programmatic implications of admitting that greenhouse gas emissions from human technology are a major cause of climate change while also saying that there’s not point to stop burning coal because China and other countries are doing it worse than we are?

Finally, very relevant to the Genetic Literacy Project, what does it mean when a pro GMO labeling public figure, such as Jerry Greenfield of Ben and Jerry’s ice cream, says something like

Is that a middle of the road position, or is it a way of disguising an anti-GMO ideology, trying to appear objective.

When confronted with public statements along the lines of “I believe this, but I also believe the opposite, because I found a way to reconcile the two ideas”, we should challenge the person who says it. We should do this, because the implication of the University of Alabama study is that any kind of ideology, not just organized religion, can be really, really challenging to trump, even using the best tool we have: education.