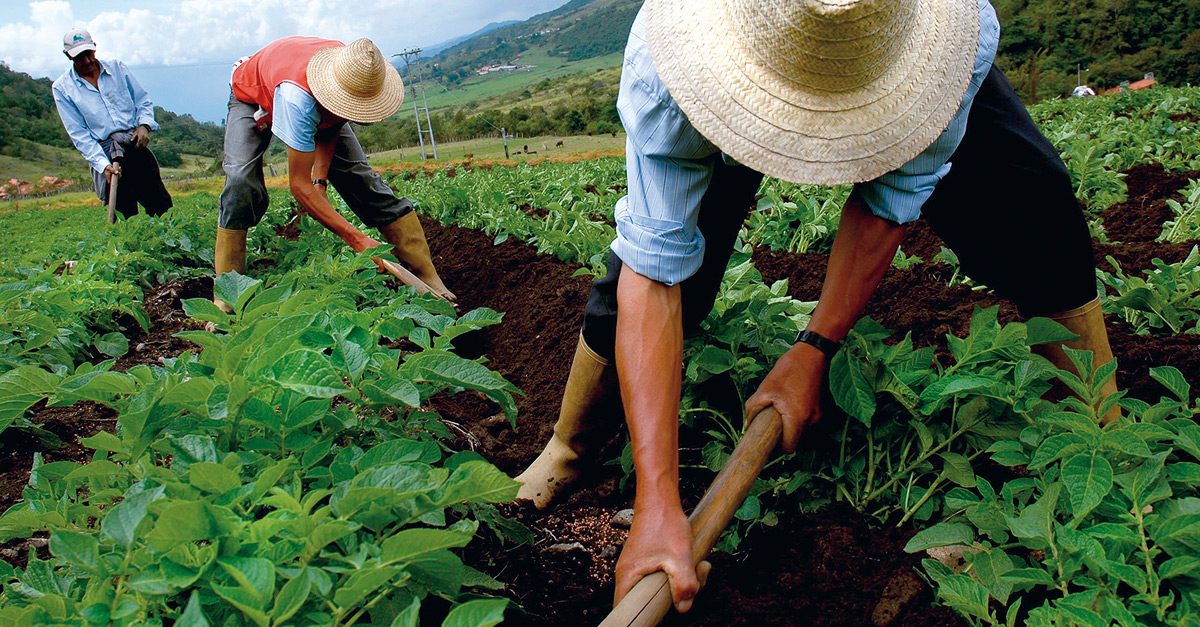 The recent regulatory approvals of genetically engineered potatoes and apples with consumer-friendly traits are a welcome development, but unscientific, excessive and hugely expensive regulation systematically prevents research institutions from commercializing their innovations.

Last Friday (March 20) the FDA certified that several new varieties of genetically engineered potatoes and apples are safe to eat, which follows closely the Department of Agriculture’s approval of them for unlimited cultivation and sale.

That will be welcome news to many consumers, but it was a tough row to hoe: The government’s regulation of these and similar products is a morass of unscientific policies, incompetence and politics.

By withholding or delaying approvals of new products that offer improvements in safety, agronomic traits and appeal to consumers, for years federal regulators have done their best to prevent U.S. researchers and companies from realizing transformative changes in American agriculture using the most modern techniques of genetic engineering.

In spite of the scientific community’s best efforts to educate them, the feds’ have failed to appreciate that the particular genetic technique employed to construct new strains is irrelevant to risk, as is the source of a snippet of DNA that may be moved from one organism to another. What matters are the traits that are related to risk, such as allergenicity or the presence of toxins, not the use of one technique or another. But regulators have consistently chosen to focus on the latter, and redundant, prolonged case-by-case reviews are the rule for organisms modified with molecular genetic engineering techniques. This is a particular problem at “gatekeeper” agencies, which must grant an affirmative approval before a product can be legally sold.

Based on data gathered by the U.S. government itself, from January 2010 through June 2013, the average time from submission to decision for genetically engineered plants was 1,210 days for USDA (compared to 372 days for Brazil and 771 days for Canada). Virtually identical products crafted with less precise, less predictable genetic techniques undergo no regulatory review at all.

Unscientific, excessive and hugely expensive regulation has discouraged innovation across the board and prevented research institutions, particularly those in the public sector, from commercializing their innovations. As eminent plant scientist and former federal official Roger Beachy testified before Congress, “[T]here are a growing number of examples of new inventions developed through genetic engineering that have good likelihood of success and that continue to be delayed in reaching the marketplace because of regulatory processes that are ill-defined and/or unpredictable, sometimes irrational, and always costly.”

The blame and shame are shared by senior officials at USDA and FDA and in the Obama White House.
Kathleen Merrigan, the Deputy Secretary of Agriculture during the first Obama term, was relentlessly opposed to genetic engineering and obstructed its advances at every opportunity. And the soon-to-depart head of the FDA, Dr. Margaret Hamburg, has capitulated consistently to directions from her political bosses, even when they were unethical and even illegal.

Genetic engineering has been a particular bête noire for Hamburg. She permitted the White House to hijack what should have been a routine, scientifically uncontroversial approval of a fast-growing, genetically engineered farmed salmon, the FDA’s involvement with which began more than 20 years ago. The result? An entire once-promising sector of biotechnology-genetically engineered food animals-is now dead, the victim of regulatory costs, delays and uncertainty.

Politically motivated delays also plagued the Innate potatoes and Arctic apples, both of which will offer palpable benefits to consumers. In fact, research by Iowa State University economist Wallace Huffman-in an “experimental auction market” design-found that there is “a willingness among consumers to pay more for genetically modified potato products that reduce the formation of acrylamide than for conventional potatoes.”

“Innate” potatoes are bruise resistant and contain 50%-70% less asparagine, a chemical that is converted to acrylamide, a presumptive carcinogen, when heated to high temperatures. The advantage of lower levels of a carcinogen is obvious, but the resistance to bruising is important to sustainability because of the potential to decrease waste. Moreover, Simplot is currently performing advanced field testing of second-generation Innate potatoes that will contain an additional trait: resistance to the destructive fungus called late blight, which caused the Irish potato famine of the mid-19th century and is still a problem.

Environmentalists take note: Potatoes resistant to bruising and late blight represent major advances in sustainability, because every serving of french fries and every potato chip made from them will represent less farmland and water consumption.

The Arctic apples are conceptually similar. Using genetic engineering to reduce the level of the enzymes involved in “enzymatic browning”-the unappetizing discoloration that occurs when an apple (or potato) is cut or bruised-the fruit is highly resistant to browning. The ingenious biology that made this possible is far more precise and predictable than conventional, older techniques that have been employed to create virtually our entire food supply (including even “heirloom” varieties and the overpriced organic stuff).

USDA deregulated the Innate potato varieties last November and the Arctic apples earlier this month. Those reviews were excruciatingly-and unnecessarily-long, but the “voluntary” consultations with the FDA were positively absurd: The dossier for the potato was at FDA for two years, and the agency’s consultation on the apple took nearly four years.

Neal Carter, president of Okanagan Specialty Fruits, the company that developed the Arctic apple, calls the delays “costly and unnecessary”:

“We expected our consultation to conclude years ago, and there are very real costs from the uncertainty and demoralization that stem from these delays. We would expect innovation from a small, grower-led company like ours to be encouraged, rather than stifled, yet here we are.”

The genetic changes in the just-approved potatoes and apples are well-circumscribed, well-understood and minimal, so the reviews should have been neither difficult nor time-consuming. In the 1980’s, when I was the FDA medical reviewer for the first genetically engineered drugs-human insulins obtained from bacteria-we approved them for marketing in five months. The shilly-shallying by USDA and FDA on the Innate potatoes and Arctic apples was a disgraceful abuse of power and an affront to innovators.

University of California Berkeley agricultural economist David Zilberman has observed that excessive regulation “comes at a cost-it prevents the introduction of beneficial innovation, and eventually lack of innovation is a source of heightened risk” to human health and the environment.