Future of crop biotechnology in Brazil, China and other BRIC nations

Nazimi Açıkgöz | March 8, 2016
This article or excerpt is included in the GLP’s daily curated selection of ideologically diverse news, opinion and analysis of biotechnology innovation.

What are the policies and prospects of the BRIC countries — Brazil, Russia, India and China — towards agrobiotechnologies?

The BRICs did not attain a prominent economic performance until the 2000’s. However, they have made great strides in economic development in the first decade of 21st century. Although they have hit recent economic headwinds, as much as 40 percent of the world GDP’s increase belongs to BRIC countries in recent years, whereas G7’s share of the mentioned increase were only 30 percent. The growth prospects for these countries is even more dramatic. 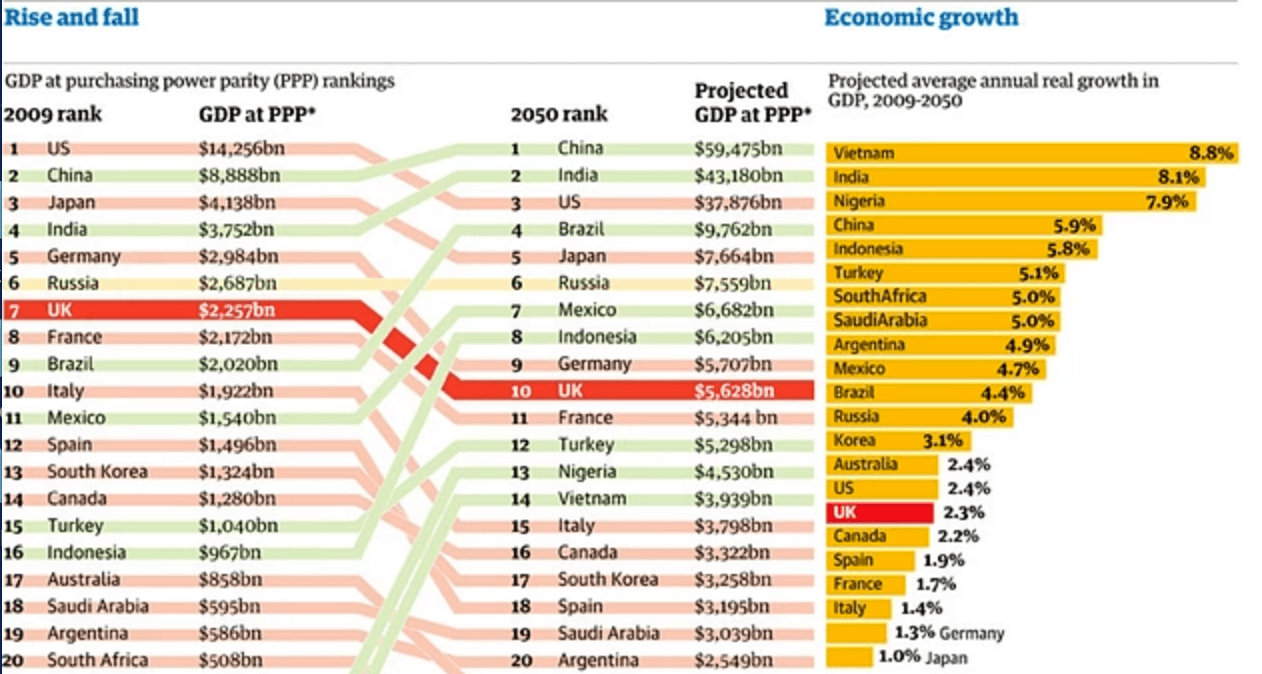 They are also engaging fundamental world problems. For example, collaborating with South Africa and Indonesia, they organized the International Climate Change and Food Security Conference (ICCCFS) in 2011 in Beijing (China) and presented its final declaration in “Climate Change Framework Program Meeting” (UNFCCC) in South Africa.

The spirit of the formation of the G20 economies is to collaborate with the fast growing, tomorrow’s potentially rich countries, on decisions about the future problems of the world. As can be seen from the graph, the BRIC countries have moved up in the world economic list, during the mentioned years. China, for example moved from sixth position to second, Brazil from ninth to seventh, India and Russia came from lower positions to the ninth and eleventh respectively. We can relate the mentioned improvements to different economic sectors for each country, however the main sector would be Agricultural. For example, Brazil’s agricultural export volume grew fivefold from 2001 to 2011 and reached to $80 billion from $16 Billion.

The major role of biotechnologies in agriculture and export performance in the developing world is impressive, and in 20111 surpassed that for the developed world.

Let us look at the details for each of the BRIC countries:

BRAZIL: 42 million hectares belonged to Brazil, second after USA (73 million hectares). Ironically, Brazil was officially banned from growing GMO crops until 2003, so for years GM seeds from Argentina or Paraguay were smuggled into Brazil. It is expected that the acreage gap with the U.S. will be closed in the near future. Brazil grew transgenic soybean, maize, cotton currently, but has in the pipeline many candidate crops waiting for approval on sugar cane, beans, papaya, potato and some forest trees. It is remarkable that, “EMBRAPA, Brazil’s agricultural R&D organization that has gained approval to commercialize its home-bread biotech virus resistant bean, planning to market it in 2016. A herbicide tolerant soybean which has been developed in a public-private partnership with BASF, is also waiting for an EU import approval to be commercialized in 2016.”

CHINA: Plant science has gained remarkable interest; this country is number one in the world on investing public money on plant research. Especially biotechnological studies have brought commercial results and, as of 2014, China had cultivated 4 million hectare (2014, 93% of national production) of transgenic home-bred cotton. By law, the all GM seeds must be produced by Chinese companies. Several domestic companies have been able to commercialize food related GM crops like poplars, papayas with virus resistance, tomatoes and sweet peppers. In 2014, the Ministry of Agriculture issued safety certificates for two national products, which are not commercialized yet. One is Bt rice with resistance to insect pests; second is phytase enriched maize, which should improve the feed rating and reduce especially the environmental impacts of manure. This country is also number one in the world importing GMO corn and soy.

INDIA: This country started cultivating Bt cotton in 2003 and growing area reached to 11.6 million hectares in 2014, representing 93 percent of all cotton production. Since growing Bt cotton, India has become a cotton exporting country. In 2006 India became the second biggest cotton producer after China, producing 21 percent of world cotton. Bt cotton has resulted in a dramatic reduction in insecticide use. While non-transgenic cotton were requiring 5.9g of pesticides for the production of 1 kg of cotton, less than 0.9g of pesticides are used for the production of 1 kg of Bt cotton.The number of cases of pesticide poisoning has also decreased by 88 percent, because Bt cotton farmers spray less frequently. Indian Bt cotton farmers spend 31 – 52 percent less on insecticides and achieve a 34 – 42 percent higher cotton yield per ha than farmers who cultivate traditional cotton. Although the total production cost price of Bt cotton is 15 percent higher than that of non-Bt cotton, the income of Bt cotton farmers is 53 – 71 percent higher. Despite enormous biotechnological investment, India has not yet commercializes any other Bt crops due to existing biotechnological regulations and fierce campaigns by anti-GMO activists.

It’s obvious that BRIC countries have greatly benefited from agrobiotechnologies based on GMO techniques. Considering climate change and food security, plant biotechnology seems to be one of the promising alternatives to overcome world hunger risk. Recent scientific progresses have enabled the breeders to edit genes, so genetic modification could be carried on without any foreign gene transfer. This new plant breeding methods with gene-editing, like ‘CRISPR’ or ODM (oligonucleotide directed mutagenesis) which has brought already new commercially variety to the market in U.S. and Canada, are cheap and very suitable; especially for SME breeding companies.

Now the question arises: Should those new techniques (without any foreign genes) be regulated like transgenic genetic engineering — so-called GMO’s — or not? If yes, the regulatory cost of any new candidate genotype would cost hundreds of millions for each innovation and need more than ten years to be commercialized.

Nazimi Açıkgöz is a freelance science writer on food security, agrobiotechnology and climate change. His Twitter handle is: @nazimiacikgoz.

97,000 school-age children tested positive for COVID-19 in late July — most had no or mild symptoms