If genetically modified (GM) and genetically edited (GE) plants face an uphill battle in moving from proof-of-concept to consumers’ dinner tables, then GM and GE animals are up against a proverbial Mount Everest.

GM and GE animals that have made it to the market, thus far, include fluorescent glowing fish, drugs made in the milk of GE goats and GE rabbits, and the GM mosquitoes being tested in Brazil and elsewhere to suppress populations of Aedes that carry Zika virus, as well as dengue, chikungunya, and yellow fever. But high tech animals going into the food supply are another matter.

Thus far, only AquAdvantage GM salmon is at the finish line in the pathway to market, and that’s after a history that started as early as 1989. Imagine, if those large, chunky cell phones conceived in the era when pop singer Madonna was the new rage were just becoming available to the public today. But that’s how things are with the GM salmon, and even those fish still have more hurdles before you can actually find them in the store.

Meanwhile, various other GM and GE animals have shown excellent promise in research, with potential advantages such as efficient food production (similar to the GM salmon), decreased environmental impact, improved animal welfare, and health benefits for humans who consume the meat. But they wait in the wings with no certainly of whether they will ever make it as far as the salmon.

Biotechnology-generated animals can stall in research stages, or be prevented from entering the food market, for a variety of reasons. Many promising GM animals have been developed only by public sector scientists, so there’s a lack of funding to scale up the project sufficient for getting it into consumer markets. In other cases, the obstacles are purely political, and here the AquAdvantage Salmon is a case and point. Officially, it has been on the menu since late 2015 when the U.S. Food and Drug Administration (FDA) approved it to enter the U.S. food supply, but the fish cannot be imported into U.S. markets, until it is labeled as GM based on guidelines that the FDA must establish. In all likelihood, the fish will swim past that final hurdle, but this is after years of delay that were marked by public discussions that lacked any rational basis.

What have been the main concerns expressed by critics of AquAdvantage? As with all GM and GE products, whether animal or plant, worries have centered around the prospect for environmental impact due to the new organism out-competing the “naturally occurring”, non-GE, non-GM species. Some worry that ingesting the new product could be harmful to human health. Knowing that there could be political obstacles due to public concern, AquaAdvantage set out to grow the populations in closed farm systems in Panama (later, an additional site was added in Canada), where it would be physically impossible for the fish to escape. The trait engineered into the GM salmon, which are a kind of Atlantic salmon, is an ability to grow really fast, even in cold water; thus, they can grow two to four times as fast as wild salmon. This is an advantage only in farm settings where food for the fish is extra-abundant, so the GM salmon would be at a disadvantage if they were to escape. 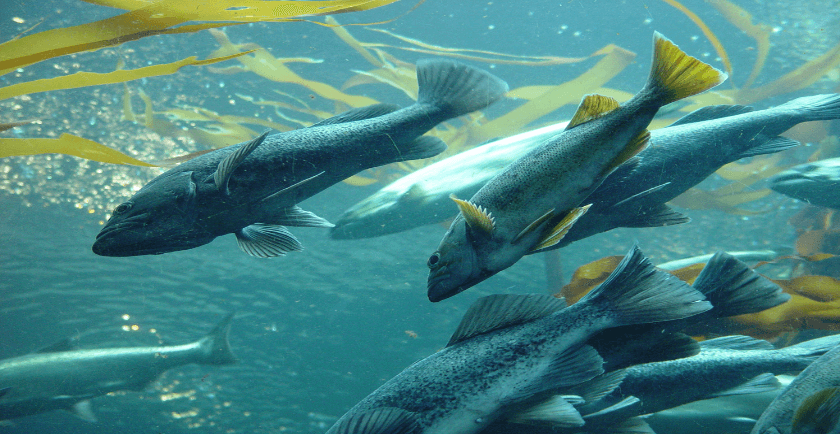 Furthermore, the AquAdvantage salmon are all female and were created with a triploid genome; they have an extra set of chromosomes. This renders them sterile, making it impossible that they could interbreed with wild salmon in the Atlantic. As for interbreeding with Pacific salmon—a prospect cited by Alaskan politicians pledging to defend the Salmon industry of their state—the GM salmon couldn’t breed with them anyway, even if they weren’t sterile, since Pacific salmon belong to an entirely different genus. In short, there are layers upon layers of safety features built into the GM salmon.

And so, after safety studies that delayed for years because of political factors, the FDA found exactly what you would expect: there’s no danger to humans who consume the salmon meat, since the fish differ from their wild counterparts in just one way, they grow faster in cold water. All of this notwithstanding, when the issue of the GM salmon struck big in public discussions in the early 2000s, it was activists group objections that were highlighted instead of the FDA analysis and statements of scientists that all positive on the potential impact of the new fish.

If the AquAdvantage salmon is the model in the U.S., other GM/GE animals intended as food sources could face a long road of hurdles and twists before they ever get to market. Some may never get there and could remain on the shelf in somebody’s lab indefinitely. Here are a few examples, all showing excellent promise in terms of their advantage, IF they ever find a way to consumers.

Hornless cattle: this a fairly straightforward idea, even if anti-biotech activists are calling them “Frankencows“. Normally, cattle have to go through the painful process of dehorning, but they also can be designed so that they lack horns in the first place. Angus cattle naturally lack horns, so using traditional breeding over a half century or so you could use them to create hornless cattle of any variety. But hornless cattle can be created much faster with gene editing technology. It’s working well in research, but you can’t buy the meat yet, and given the salmon history there’s no telling how long you’ll have to wait

Mastitis-resistant cows: You may think of mastitis (breast inflammation) as condition affecting only human women, but it’s a big problem in cows—which makes sense, given the huge amount of milking that they must endure. But in the very milk that comes out, an engineered variety of cows expresses a protein that prevents inflammation. They are on the shelf too, despite showing “utter success“.

Omega-3 pigs: Bacon and pork chops are favorite comfort foods that many people enjoy, knowing that either must limit their consumption to small quantities, or accept a increased risk of developing cardiovascular and cerebrovascular disease. This is due to high levels both of total fat and saturated fat (triglycerides containing fatty acids lacking double bonds between the carbon atoms of their hydrocarbon chains) in the meat. But modification of the pig genome has produced a breed of pigs whose tissues express an enzyme that produces a type of polyunsaturated fatty acids called omega-3 fatty acids. The omega-3 fatty acids replace many of the saturated fatty acid chains that normally exist in the fat surrounding pig muscle tissue. Developed at University of Missouri back in 2006, the modified pork ends up with a mix of fatty acid types more like that of salmon than that of pigs, but it tastes like pork. If it ever makes it to market, these pigs could provide meat that prevents disease rather than causes it. That’s in a society in which heart disease is the number one cause of death and cerebrovascular disease comes in fifth, while the number of deaths linked to the use of transgenic products in food is zero. But the omega-3 pigs have been on the shelf for the past decade.

Bird flu-resistant chickens: Developed early this decade at the University of Edinburgh, in Scotland, these chickens are immune to the H5N1 virus. They would not be infected, nor would they spread the virus that has been so devastating to poultry. GE chickens would be of particular advantage in the developing world, but they’re extremely expensive to produce, and so they too sit on the shelf.