Forget about counting steps—Fitbit, other activity trackers won’t help you much to get healthy

It made news earlier this year when the president, known for his fitness, showed off his presidential wrist during an appearance on Jerry Seinfeld’s web series Comedians in Cars Getting Coffee. The contraption has GPS tracking, a heart rate monitor, seven-day battery life and sleep tracking.

How many steps did he take that day? How far did he climb? How many miles was that?

People love the idea of activity trackers such as devices by Fitbit, Jawbone, Polar, and the Apple watch. They are part of the new ‘quantified self,’ in which people can measure aspects of their daily life which had previously been unmeasured. The intention of these devices is to improve our personal health. But the data are controversial to many in the medical field who question whether they are actually helping people live healthier lives. 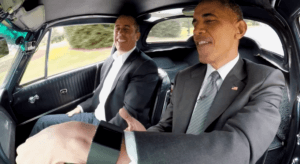 any health experts are worried that these health devices provide false assurance–when people see how much they are walking on a daily basis because they are shopping at the mall or wandering around at a fair, or just generally ‘living,’ they get a sense that they are significantly exerting themselves. Duke University Business school professor Jordan Etkin says there may be a number of “unintended consequences of personal quantification.”

Even though tracking output can encourage us to do more…it also sucks the fun out of activities we previously enjoyed, which makes us enjoy them less and be less likely to keep doing them in the future. 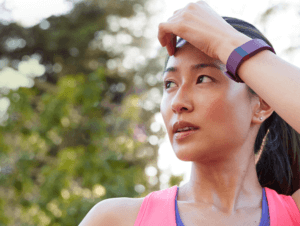 Another problem is that many people under exert, which has led to many health issues; they have convinced themselves they are more fit than they actually are. Activity trackers provide an attractive visual representation of an aspect of their daily lives; that may result in a fun chart to look at but for the most part what they see is probably not very meaningful.
These devices also could Increase the likelihood of overindulging in the ‘quantification of normalcy’–people becoming obsessing about precise measures of all that they are doing. It should be precisely noted here that these devices are somewhat imprecise: All of the products in this field have been found to have wildly inaccurate sensors. 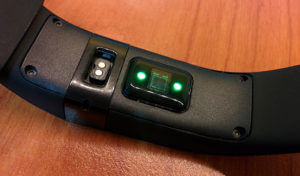 On the other hand, there is some benefit to evaluating one’s activity and tracking improvement over time (rather than discrete peaks and valleys), especially if a physician has prescribed a health-improvement regimen. Successful weight loss strategies have participants monitor their overall weight changes over longer time spans than daily; using these devices to look at long-term averages in performance and sustainable improvements compared with the past are indeed a benefit and could provide enough benefits over override the devices’ variation due to measurement error.

However, let’s be frank: health outcomes probably do not improve as a result of tying activity to trackers. Improvements have not been demonstrated in body mass index (BMI), cardiorespiratory fitness, systolic blood pressure, or quality of life by those who use activity trackers for moderate-to-vigorous physical activity. So either the people buying these devices are already fit (self-selecting) or the people buying them are doing so to become more body-conscious and improve their fitness, so these devices aren’t helping them accomplish their goals.

Even in the presence of financial incentives to track using the popular Fitbit and improve their activity (people were paid to increase their steps), researchers in Singapore found that behavior modification did not occur beyond the incentive window, and so there was no permanent change in their behavior. In fact, at month 12 in the study, the cash-incentive group performed worse than the tracker-only group.

Fitbit responded to the study, not by refuting the results, but by presenting some of its own data. According to Fitbit’s commissioned study, those who used its trackers reduced their employer health care costs by nearly 25 percent. Employees at a large company cost almost $1,300 less twhen they used a Fitbit for two years, the company claimed.

Eric Finkelstein, a professor at Duke-NUS Medical School, who was the lead author of the Singapore study, doesn’t consider these devices as ‘interventions,’ but only as measurement tools, I would tend to disagree. Anything that has a form factor that makes it interesting and engaging to the user can indeed lead to increased frequency of use, and therefore behavior modification. But it isn’t true that these devices are leading people on average to get healthier. For the moment, they are only providing data to people in a way that they have never seen it presented before.

Ben Locwin, PhD, MBA, MS, is a contributor to the Genetic Literacy Project and is an author of a wide variety of scientific articles in books and magazines. He is an expert contact for the American Association of Pharmaceutical Scientists (AAPS), a committee member of the American Statistical Association (ASA), and also a consultant for many industries including biological sciences, pharmaceutical, psychological, and academic. Follow him at @BenLocwin.