A study published … by the The New England Journal of Medicine added to a growing body of evidence that for every woman who has been helped by a mammogram screening for breast cancer, many more have been harmed.

The results were sobering…The idea behind cancer screening is that it saves lives by identifying cancers when they are more treatable…The new study found that although the incidence of cancers smaller than 2 centimeters rose quite dramatically after widespread mammography was introduced, by 162 cases per 100,000 women, the incidence of larger tumors fell by a much smaller amount — only 30 cases of cancer per 100,000 women.

Most importantly, the incidence of metastatic cancer, which is the type that causes most deaths, was flat. That means that screening finds a lot of small cancers that would never have killed anyone. 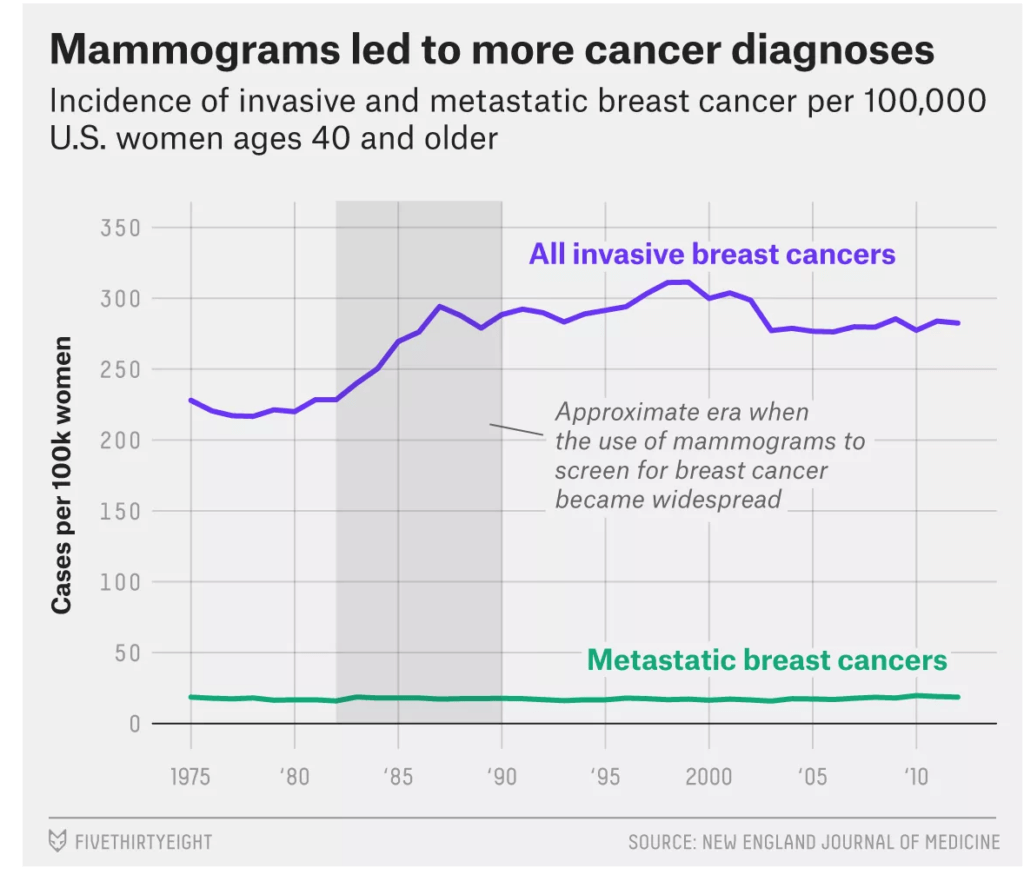 None of this is news — this study is simply the latest evidence that for every life saved by mammography, many other women are unnecessarily diagnosed and treated for a cancer that wouldn’t have hurt them.

That’s the bad news. Here’s the good: Since 1990, mortality rates from breast cancer have fallen by about a third. … Despite the findings that mammograms may lead to overdiagnosis, there are likely a small number of women who avert a breast cancer death by getting screened.

The GLP aggregated and excerpted this blog/article to reflect the diversity of news, opinion, and analysis. Read full, original post: Even More Evidence That Mammograms Have Been Oversold