The chicken and the egg metaphor might be too apt. A new study shows that the sons of men who were conceived using an in vitro fertilization (IVF) procedure gerw up to be men with low sperm counts who may eventually need to use that same procedure. The study generated a lot of buzz with several mainstream outlets publishing stories about the study, unfortunately for men, few got it right. The coverage of the story makes it clear that many are still confused about what IVF and similar treatments do to help couples conceive.

Fertility experts at University Hospital Brussels first developed the technique, called intracytoplasmic sperm injection (ICSI), in the early 90s. ICSI is ideal for men with low sperm counts or poor motility. These are men who already have issues with their sperm—but the treatment doesn’t fix their problems. Sperm motility is vital for conception because the sperm must swim through portions of the female reproductive tract to reach the egg. ICSI merely does the work for their sperm—it’s like picking up a small child to help them dunk a basketball. In this process, a woman undergoes hormone treatment and egg harvesting. Then, under a microscope, a single sperm is injected into the egg to fertilize it before the embryo is implanted in the woman’s uterus. 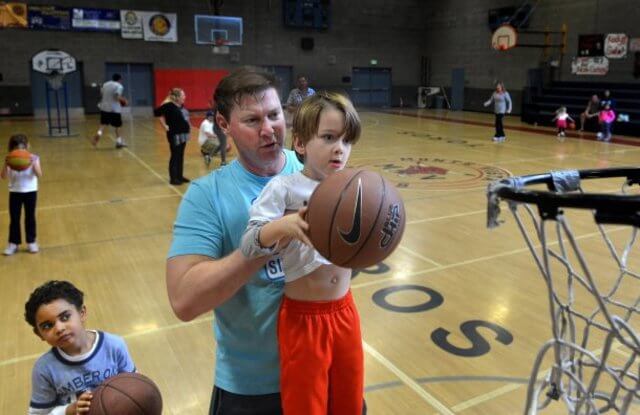 That same research group tracked down 54 boys conceived using the technique and compared their sperm count, motility, and shape to age-matched controls who were conceived naturally. The ICSI-conceived men had half the concentration of sperm as naturally conceived men, a little more than half the sperm count and 66 percent lower motility.

These first results from the oldest group of ICSI-conceived adults worldwide indicate that a degree of ‘sub-fertility’ has, indeed, been passed on to sons of fathers who underwent ICSI because of impaired semen characteristics.

Some of the reporting about the study suggests that some view IVF and other assisted reproductive technologies as a ‘cure’ for infertility. Here’s what Hannah Devlin wrote in The Guardian (emphasis added):

ICSI is normally used to help couples conceive when the man has a low sperm count, or where there are abnormalities in the shape or movement of the sperm. The latest findings suggest that these problems tend to be passed on to the next generation – there is no suggestion that they are caused by the technique itself.

But these techniques are not promised as a cure for infertility. It’s much better to think of assisted reproduction as a costly workaround for the problems at hand much like an insulin pump assists people with diabetes in controlling the disease but does not cure or treat the underlying condition.

Other outlets focused on the painted a misleading picture: If we keep using technologies to help sub-fertile people reproduce knowing their children are likely to have the same issues will we replace natural conception all together? From Medical Daily:

These results suggest ICSI is not exactly a treatment for male infertility, but rather a way to get through a problem that the next generation will have to deal with. Previous research has estimated if even half of affected men used ICSI to have kids, the incidence of severe male factor infertility could double nationwide within seven generations… This could potentially lead to a society of men who can’t conceive children naturally.

Although IVF has become a well-established procedure since it was pioneered 40 years ago, it still draws controversy. Early this year University of California San Diego evolutionary biologist Pascal Gagneux called it a massive social experiment:

…We’re engaging in an evolutionary experiment … I would compare it to high fructose corn syrup and fast food in the US. It took 50 years; it was fantastic, you got bigger and healthier, and now the US are the first generation that are shorter and heavier and die younger. But it took 50 years… 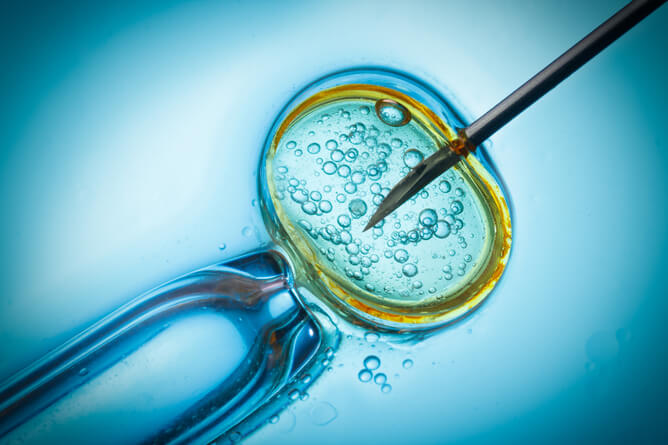 But correlation-not-causation works in another way, too. The study showed that these ICSI-conceived men had low sperm counts. But that doesn’t guarantee they can’t conceive:

That’s pretty common. There are many mysteries of male reproduction, as for years the fertility industry has mainly thought of a couple’s inability to conceive was a ‘female problem.’ But that thinking we know now is incorrect as at least in 40 percent of couples who can’t conceive the sole problem is with the man’s sperm. IVF is often the only answer. Usha Lee McFraling at STAT discussed the issues which come down even to a fundamental lack of biometrics to describe it:

“How many sperm do you have and how well do they swim? That’s been the gold standard forever,” said Richard Scott a fertility expert in New Jersey. “Unfortunately, that’s a very unsophisticated view of a very complex problem.” For example, many men with a low sperm count, or sperm that are misshapen, are able to conceive. And many men with seemingly normal tests results aren’t. “We need much more powerful insights into this process.”

Currently, all we tell men who are struggling to conceive is that they should lose weight and stop smoking to benefit sperm health. But since the problem may be largely genetic–the future of male fertility treatments could be gene editing.

Related article:  What are the odds? Family celebrates birth of 13th consecutive son