In one of the most memorable scenes from the 1999 blockbuster hit The Matrix, the antagonist, Agent Smith, a sentient computer program, interrogates rebel leader Morpheus by ‘hacking’ into his brain. As Smith waits for the information he needs, he infamously compares humans to a virus:

You move to an area and you multiply and multiply until every natural resource is consumed and the only way you can survive is to spread to another area. There is another organism on this planet that follows the same pattern. Do you know what it is? A virus. Human beings are a disease, a cancer of this planet.

Many interpret Smith’s monologue as a plea for environmentalism—an attempt to wake up humanity to the way we treat our planet and its natural resources. Viruses are parasites and as such are inherently bad. They cause devastating diseases—AIDS, cervical cancer, and the flu—which have led to a great deal of human suffering. Humanity has gone so far as to banish two viruses from the planet, Rinderpest and Small Pox, and are close to removing a third, polio.

But Smith’s sermon may hit a little closer to reality than even the movie’s writers, Lana and Lily Wachowski, realize. It turns out that human evolution has been strongly driven by these ‘undead,’ parasitic particles and without their intervention we might not even be here.

On their own viruses can’t do much and most scientists don’t count them among the living organisms of this planet. They generally operate by gaining access to the interior of a cell (human or otherwise) in order to take control of the cell’s machinery. Once in command of a cell, the viruses turn their host into a virus factory. Eventually, thousands of newly minted viruses burst out of the infected host, which move on to the next cell, and the cycle repeats.

Some viruses can incorporate their genetic material into the host’s genome. This is how, for example, the human papillomavirus virus (HPV) causes cervical cancer. HPV’s genome carries several genes that can trigger a human cell to become carcinogenic.

When viral DNA is inserted into the genome of a sperm or egg (instead of a cervical cell as is the case with HPV and cervical cancer), the sequence can be passed on to the next generation, and possibly even spread through the human gene pool. While this has happened with some frequency—researchers estimate that there are about 100,000 fragments of viruses in the human genome or over 8 percent of our DNA—most of these sequences don’t cause much of a stir. But in a few cases, their impact has been extraordinary.

Viruses have played a significant role in shaping many of the traits that make us unique and distinguish us from our relatives. According to Stanford University researcher David Enard, a whopping 30 percent of all protein adaptations since humans’ divergence with chimpanzees have been driven by viruses. Many of these genes are associated with immune function—which is to be expected. But Enard and his colleagues have found that many of these actually have no known or discernable immune function:

The big advancement here is that it’s not only very specialized immune proteins that adapt against viruses. Pretty much any type of protein that comes into contact with viruses can participate in the adaptation against viruses. It turns out that there is at least as much adaptation outside of the immune response as within it.

To some degree, this is to be expected. All the organisms that humans have ever interacted with throughout our evolutionary history have shaped our species. But viruses are unique because they can directly add novel genes to our gene pools. The gene for a protein called syncytin is one such case. 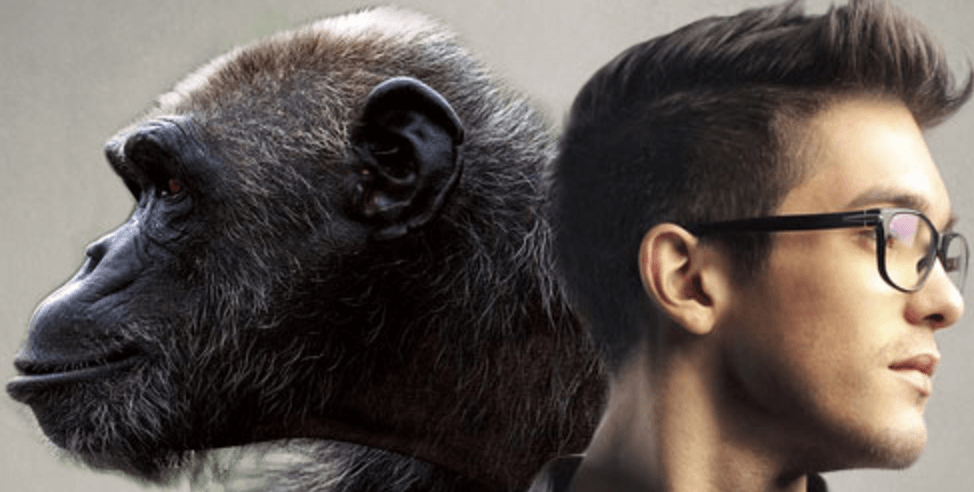 Syncytin is made primarily by the cells of the placenta that make contact with the uterus. The protein allows these cells to fuse into a single layer which is vital to ensure the fetus can easily draw nutrients from the mother. No syncytin, no fusion. The gene for syncytin likely came from a virus where it helped viruses to fuse neighboring host cells together—allowing easier spread to neighboring cells. Scientists are certain of the viral origin of this gene because it appears in the same spot in the genomes of humans, monkeys, gorillas and chimpanzees. Furthermore, the sequences are nearly identical. The best way to explain this, scientists say, is that a virus inserted the gene into the genome of a common ancestor to these primates, and the gene was so beneficial that it has been strongly favored, and left unchanged, by natural selection ever since.

Humans have two different syncytin proteins, both thought to be viral in origin. Altogether scientists have identified six in several different mammalian species: mice, rabbits, cats and dogs. The genes are not all the identical, though, which means different viruses infected, and left behind, unique versions of these syncytin genes.

While much of the focus of these genes has been on their role in the placenta, recent findings suggest that syncytin may be important in other organs in which the fusion of cells is vital—such as muscle cells. Mice that lack one of the syncytin genes (syncytin-B to be exact) appear about 1/5th smaller than normal littermates—a phenomenon that is only seen in males. Studies of cell cultures of sheep, dogs and humans are consistent with this finding. It is still unclear how, but scientists believe that syncytin-B contributes to the differences in muscle mass between the genders.

What led to complex animals on Earth?

Another protein which also has a viral origin and is important for cell fusion is EFF-1. The gene for EFF-1, or very similar versions of it, appears in many species, including humans. This protein was initially characterized as vital for the development of the skin of the roundworm, Caenorhabditis elegans. But some scientists are beginning to think that both EFF-1 and syncytin have roles much larger than merely placenta and roundworm skin formation.

There’s a growing belief that the viral insertion of these (and maybe other) cell fusion genes into the genomes of early single-celled organisms may have been the spark that led to all multicellular life on this planet.

“That’s the gut feeling we have,” Fasseli Coulibaly from Monash University in Melbourne, Australia told New Scientist. “It’s the most enticing hypothesis but as scientists, we need to look into it. If this is true, that’s a huge advance.”

Coulibaly explains that early single-celled organisms could have clumped together, but without the ability to physically fuse they could not have formed advanced any multi-cellular life, let alone humans.

“Before cells can make something like skin or a digestive tract in nematodes – or as soon as you are thinking muscles or bones in mammals – usually you need some kind of fusion,” he has written.

Felix Rey of the Pasteur Institute in Paris, France, who has done extensive work on EFF-1’s function and structure, is on board with this hypothesis, told New Scientist, “This makes me think that viruses have contributed enormously to the communication between cells, and to the appearance of multicellular organisms on Earth.”

In a way, the role of viruses on our planet is kind of an ironic one. Most scientists agree viruses are not living, but without their intervention among the living, complex life (including us) would not exist on this planet. And when you think of them in those terms, Agent Smith’s “insult” may not be such a bad thing after all.