In December 2016, the European Union member states will vote on proposed legislation that would mandate an ambitious program to identify and regulate “endocrine-disrupting chemicals (EDCs) in the environment. On November 22, the journal Nature carried an editorial entitled “Stand firm on hormone disruptors” by NYU pediatrician Leonardo Trasande. Rather than laying out the scientific issues relevant to consideration of the problem of chemicals in the environment and their effects on the general population, the editorial indulges in far-reaching speculation.

In his second sentence, referring to EDCs, Trasande writes, “These chemicals are everywhere – in food, personal-care products, electronics and furniture – and are widely detected in human blood and urine at levels known to affect health.”  He then goes on to state that the proposed regulation resulting in “removal of these pesticides could prevent autism and loss of cognition, which have been linked to exposure in utero.” And he claims that the annual costs associated with health effects from exposure to EDCs are in the hundreds of billions of dollars in the U.S. and Europe.

What is the evidence for Trasande’s and other advocates’ claim that EDCs are having detectable and widespread effects on public health from maladies of unknown etiology?  Rather than engaging in speculation, a number of crucial points need to be made.

First, we can agree that potentially endocrine-active chemicals are present virtually everywhere, i.e., they can be detected in the environment and in human populations by highly sensitive analytical techniques. However, Trasande and other advocates pay little attention to actual human exposure in the real world.  For most people, exposure to pesticides and industrial chemicals through food and water involves trace amounts. While these chemicals may be detectable in blood or urine using highly sensitive analytical techniques, there is little evidence indicating that they are having biological effects at these very low levels.  Not surprisingly, many of the associations that have been reported are not reproducible.

Second, Trasande and other EDC advocates ignore the fact that pesticides currently in use have been tested for toxicity and have a safety margin of several orders of magnitude below the level at which toxic effects have been observed.

Third, while focusing on trace chemical residues, advocates ignore the many real-world factors that have documented health effects and are likely to dwarf any effects of EDCs.  These include the increasing consumption of calorie-dense foods and its attendant effects on the prevalence of obesity and diabetes, medications, endogenous hormone production, and physical activity/sedentary behavior.

Fourth, advocates often resort to a sleight-of-hand to give unmerited weight to their hypothesis.  They choose disease states like breast and prostate cancer, obesity, or autism, where the causes are complex and poorly understood. They use the seriousness of the disease and the uncertainty about its etiology to frame the question and then provide a convenient “answer” in EDCs.

Finally, Trasande reveals his ideological bent when he asserts that only a “small group of scientists” question the endocrine disruption hypothesis. While academic investigators are more likely to accept this hypothesis, scientists within the regulatory agencies (e.g., U.S. FDA and EPA, EFSA) reviewing the same data often do not find sufficient evidence for adverse effects from EDCs, like BPA at current exposure levels.  Truth in science and legally-mandated risk assessments do not rest on consensus, but rather on what the best evidence shows when, interpreted in the light of relevant considerations.

Richard Sharpe, a leader in the field of male reproductive development and one the originators of the “environmental estrogen hypothesis” in the 1990s, has pointed out the fundamental bias that underlies the activist position on EDCs:  “I ended up disproving my own hypothesis/ideas (on the potential impact of environmental oestrogens on male reproductive disorders) early on in the ED saga … Plus I was lucky that the question that drove me was ‘what causes these disorders?’ not ‘how do EDCs cause these disorders? Such a simple difference, but it takes your thought processes in a very different direction.”  (correspondence with the author, cited in G. Kabat, Getting Risk Right, p. 113).

By refusing to make crucial distinctions and to put the problem of EDCs in perspective, activists divert attention from real problems of much greater magnitude.  Of course, contaminants need to be studied, and, particularly, in some heavily exposed subgroups of the population, these may turn out to be having detectable effects.  However, to ignore that twenty-plus years of research has failed to turn up solid evidence in support of the thesis does not do much to promote science.

When activists deftly exploit public anxiety, weak but fashionable hypotheses can take on a life of their own, becoming a “regime of truth” that cannot be questioned. However, the self-serving overstatement of what is known is not without consequences.  It can provide effective ammunition for those who are ideologically committed to rolling back even well-founded environmental regulation and to dismantling agencies like the Environmental Protection Agency. 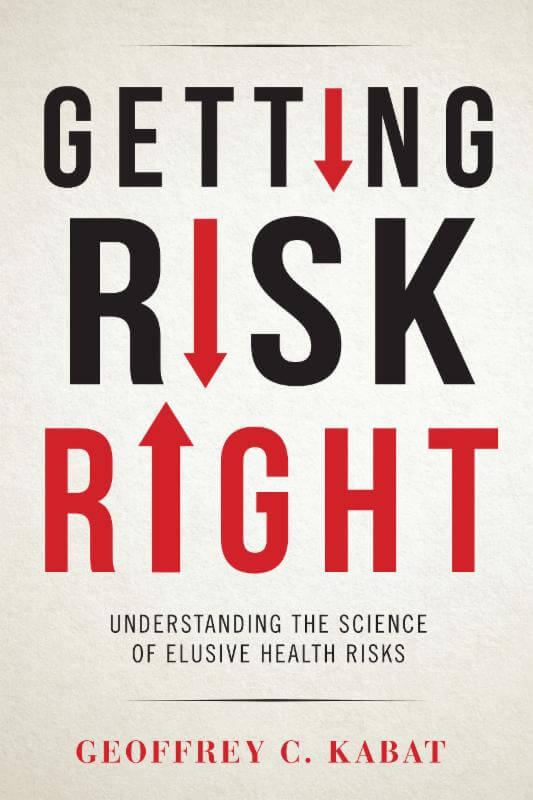 Geoffrey Kabat is a cancer epidemiologist at the Albert Einstein College of Medicine in New York City and the author of Getting Risk Right: Understanding the Science of Elusive Health Risks. Follow him on twitter @GeoKabat