At the earliest stages of life, in the embryo, our germ cells begin to develop. These are the cells that will go on to form the sperm and the egg, with half the usual number of chromosomes…But corals, sponges and plants make no such cellular plans. They initially develop only body (somatic) cells, each with a full complement of chromosomes. When the time comes to mate, they produce their sex cells, or gametes, as needed by forming them out of stem cells from adult tissue. 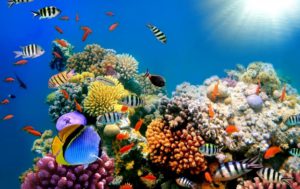 Why the difference? According to biochemist Nick Lane of University College London, more complex animals create a devoted germline to preserve the quality of their mitochondria….

According to the team, the problem for humans and other complex animals is that if adult cells were allowed to divide repeatedly in a growing organism before some of them were turned into gametes, then their mitochondria would rapidly accumulate genetic mutations and errors,…leading to poor-quality tissues in the offspring.

There’s a delicate balance between the benefits and drawbacks of having a germline.

The GLP aggregated and excerpted this blog/article to reflect the diversity of news, opinion, and analysis. Read full, original post: Why humans develop sex cells as embryos — but corals don’t