Do you get a better workout on a treadmill or outdoors?

Now, a team of French and Italian researchers has taken up the topic, measuring the physiological responses of fifteen college-aged males as they completed an interval training workout on both a treadmill and on a track.

The researchers found that subjects exerted themselves to a greater extent on the track compared to the treadmill, despite running at the same speed.

“[High-intensity] running exercise on treadmill reduces by 6.3% the mean oxygen uptake compared to the same exercise performed outdoors,” the researchers reported. “An increase in 15% of running velocity during an HIT training session performed on treadmill… appears to be a optimal solution to reach the same physiological response…” 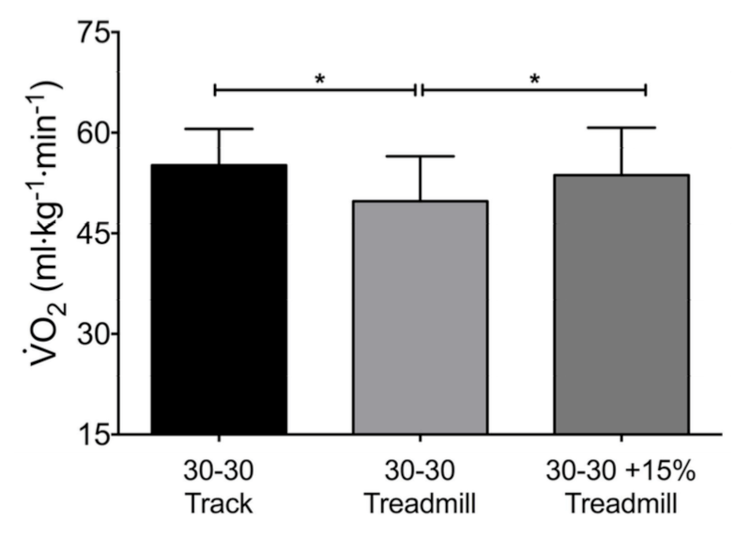 As to why the treadmill was easier, the researchers speculated that the flimsy board of most treadmills upon which the belt runs could return elastic energy to the runner with every step, literally putting a spring in their stride.

The GLP aggregated and excerpted this blog/article to reflect the diversity of news, opinion, and analysis. Read full, original post: You May Need to Run 15% Faster on a Treadmill to Equal Running Outside