They were all the rage on the pages of comic books in the 1930s and 40s, then into the television era. For generations, school children carried lunch boxes with their images, and modern times have seen remake after remake. We’ve seen Disney release a Captain American movie and Columbia reboot the Spider-Man franchise. Warner Brothers has produced a combined Batman-Superman picture, and Wonder Woman has been a raging success. Many of the original comic book superheroes themselves have roots in the tales of the gods and goddesses of Greece and other civilizations dating back thousands of years, and it seems clear that the characters will be recycled continuously into the future.

We love these characters, perhaps because we fantasize about having their superpowers. Whether as a child, or even as an adult, everybody has wanted something. Maybe, you’d like to fly like superman or shoot silk from your body to fling between buildings like spiderman. Wonder Woman’s ability to stop bullets with those bracelets made of metal from Zeus’s shield could come in handy, or even better — Superman’s entire body suit was bulletproof and a lot less bulky than today’s standard bulletproof armor. Could that be possible? The pace of genetic technology today says that it very well could be, and better yet; the same genetic technology that could enable a spandex-like bulletproof garment could also create bulletproof skin, and here’s the secret ingredient: spider silk. The formula for its physical strength can be transferred into virtually anything alive and spiders would no longer have a monopoly.

Whether from spiders or silkworms, silk is immensely strong. Stories passed down through the centuries claim that Genghis Khan gave his cavalrymen vests of tightly-woven silk to stop arrows of enemy archers. Spider silk is fibrous, light, and flexible with a tensile strength comparable with high grade steel and roughly half that of Kevlar, the material used to make bulletproof vests. The properties are due to a protein that’s similar to collagen and keratin, in combination with some non-protein molecules.

The high tensile strength of the protein is why spider webs can stop fast-moving insects and why a single strand can stop a falling spider in mid air. Transgenic applications of the web protein could be very useful, and spidergoats exist already. They’re not the gigantic web-making chimeric monsters that genetics-fearing alarmists might worry about, but they do secrete spider web protein in their milk. The protein is easily extracted and can be utilized in a manufacturing process aimed at creating super-strong materials. Similarly, taking the gene for the web protein and transferring it into a plant that normally makes other types of fiber could produce material that is light like spider silk, and with varying amounts of flexibility and strength, depending on what other proteins are mixed in, and in what proportions.

This can lead to bulletproof superman-like clothing, bracelets for anyone able to learn Wonder Woman’s technique, plus materials useful for implantable medical devices whose tensile strength could rival that of bone. Obvious applications include vascular stents (tubes that hold open otherwise stenotic blood vessels) far superior to those used today, because their walls could be as thin as a single layer of cells, yet with the strength of a slab of thick steel. That capability, in turn, also could allow for exquisite design of artificial tissues on a nanoscale. 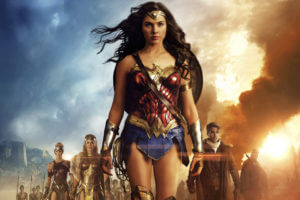 Along with inner space, high tensile strength materials using spider web protein can be developed for outer space and other aerospace applications. Spacesuits, for example, require the most advanced material technology. They have to protect astronauts not only from the space vacuum but also from profound temperature extremes and impacts from micrometeoroids, yet still be flexible for the astronaut to move. Spacecraft and high performance aircraft —including hypersonic, suborbital vehicles on the drawing boards that will be able to carry passengers from New York to Sidney in under two hours– require super strong materials in their engines. They also need those materials in the skin of the fuselage and wings to withstand enormous heating from the atmosphere.

Then, there’s the idea of a space elevator. Instead of accelerating people to orbital velocity at a huge cost in money and fuel, just to reach a stable low Earth orbit like that of the International Space Station, we could have stations in a much higher position known as geostationary orbit. Located over the Equator, at an altitude 42,164 kilometers above the center of the Earth (roughly 1/9th the distance to the Moon), craft in geostationary orbit must travel at a speed that takes them 24 hours per orbit, so they’re always over the same spot. That has been extremely useful for communication satellites, but in the future it could also be good for a spaceport. From such a location in space, we could hang cables weaved from immensely strong fibers that would run from the geosynchronous station down to the ground.

Futurists and aerospace engineers have considered synthetic nanomaterials as the basis of such fibers, but bioengineered fibers using the spider silk gene could also work. Either way, it could be possible to extend super strength cables that could support their own weight going all the way up to geosynchronous orbit. Elevators could run up and down those cables, linking the ground and space with as much ease as a spider jets from the floor to the ceiling of your living room. Spaceports could then be located close to Earth’s equatorial cities. Quito, Ecuador could be ideal, located just 26 kilometers from the Equator at an altitude of 2,850 meters.

Thus far, utilization of spider silk protein from the milk of the engineered spider goats has enabled synthesis of very strong wearable materials. The materials are not strong enough yet to stop the highest-speed bullets that come out of certain weapons, but they can stop slower bullets, like those that come out of many handguns, and presumably would also give you an edge against snakes and mosquitos.

“Imagine a spidersilk vest, capable of catching bullets, the modern day equivalent of Genghis Khan’s arrows,’ said Jalila Essaidi, of the Forensic Genomics Consortium in the Netherlands, where researchers have created superman suit-like fabrics that can protect against slower bullets. The Dutch team works in concert with other teams in the United States and other countries and they think it’s only a matter of time before they can develop spider protein clothing that also blocks the high-speed bullets. This would meet the standards of the Kevlar and other materials that are used in body armor, but the researchers want to go even further 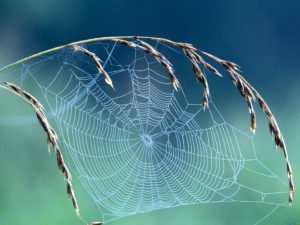 “Why bother with a vest?” asked Essaidi. “Imagine replacing keratin, the protein responsible for the toughness of the human skin, with this spider silk protein.” By transferring the spider silk protein gene into human skin cells, the researchers have been able to synthesize small patches of skin that can stop the slow bullets as well as the engineered fabrics can do it.

The research is still in the early stages, so there’s not much talk yet about how to move the bulletproof skin from the lab to a person. Certainly, theoretically, it should be possible to graft patches of it onto a person, but that would be useful only for an experiment in which bullets were shot intentionally at the transplanted patches. To protect an actual person, the bulletproof skin would have to be everywhere, in which case, we have to imagine gene editing scenarios. Using DNA scissors (special enzymes that cut and paste particular DNA segments and include CRISPRs, TALENs, and ZFNs), we’d want to snip out the keratin gene, replace it with the spider silk gene, and deliver the gene and all needed DNA scissors with a virus. We’d want to target keratin for replacement only in the skin itself, not in the hair and nails; otherwise, your hair might take on some wild properties beyond the reach of your barber’s traditional scissors and your manicurist might require some power tools.

In vivo gene editing at such a sophisticated level is currently beyond our capability, but given the swift pace of genetic biotechnology it’s not crazy to envision bulletproof skin becoming reality at some point in the near future. Even if that happens though, there’s another important caveat. Having skin that could stop a bullet would be a wonderful thing. Such an enhanced human would be a real-life Superman in that the bullets would not penetrate through the skin to the underlying tissues, but that still would not mean total protection. Parts of the body would remain vulnerable, not just areas that cannot be covered with skin such as the eyes, but the kinetic energy of even a non-penetrating high-speed bullet would impart the same kind of damage as other types of non-penetrating blows. It could break bones anywhere and cause life-threatening injuries in the head, neck, and torso, depending on the location of the hit. Any trauma would then be exacerbated by the problem of how one manages patients with bulletproof skin; how do you operate on them, and, before that, what kind of needle do you use to start the IV?

Considering all of this, while the wearer of the engineered skin would certainly have a promising future as a superhero, some caution might be in order. And so, the classic image of Superman standing in place confidently with hands on hips as the bullets bounce off his body like rain drops is likely to remain in the realm of fantasy.