This article or excerpt is included in the GLP’s daily curated selection of ideologically diverse news, opinion and analysis of biotechnology innovation.
Medical genetics has existed as a distinct clinical specialty within medicine for many years, just like surgery, pediatrics, or neurology. Despite such an environment, however, health practitioners with little or no training or perspective in genetics are dabbling in this rapidly advancing field. Utilizing results of consumer-oriented genetic tests, like those offered by 23andMe, they’re engaging in what amounts to blind screening for genetic mutations associated with, but not diagnostic of, a plethora of disorders and medical conditions.

The big mistake among these practitioners is a failure to appreciate the distinction between tests for Mendelian (single gene) disorders — such as sickle cell disease, cystic fibrosis, or Tay-Sachs disease, where absence of a functional gene is diagnostic — versus those for single nucleotide polymorphisms (SNPs), where the presence of a mutation is merely one factor affecting risk. There is a danger of interpreting test results out-of-context from the diagnostic workup needed to pinpoint which tests are appropriate for a patient in the first place. This could distract a clinician from the correct diagnosis, leading to inappropriate treatment.

Consider this warning from the National Institutes of Health regarding the limitations of what can be learned from genetic tests:

Genetic testing can provide only limited information about an inherited condition. The test often can’t determine if a person will show symptoms of a disorder, how severe the symptoms will be, or whether the disorder will progress over time. Another major limitation is the lack of treatment strategies for many genetic disorders once they are diagnosed. 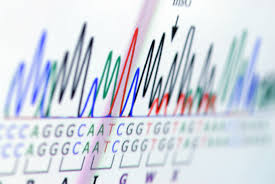 As to what’s driving the potential abuse of genetic data by clinicians, the motivations could be numerous, ranging from naive curiosity to outright incompetence. But it appears to be a growing trend among health professionals, from legitimate primary care physicians, who normally practice strong, evidence-based medicine, to so-called “alternative health” providers. The latter includes naturopathic doctors — practitioners of a system that avoids surgery and most approved drugs, relying instead on a range of alternative therapies that are either untested, or known to be ineffective. Inappropriate genetic testing by any health provider is a problem, but it’s particularly worrisome in the case of naturopaths, as genetic tests are being used to sell patients the latest snake oil treatments and to promote the illusion that the practitioner is scientific and up-to-date.

A genetic test for your shoulder?

Recently, a friend mentioned to me that he saw a naturopath to help him with shoulder soreness. He did this, despite reports that naturopaths are contributing to plummeting child vaccination rates, and that they are trained to ignore evidence and the scientific method on par with astrologers and palm readers. Though not a scientist, this friend is highly educated and shares my concern of the growing disdain for science in our society. What happened didn’t make sense to me, until he mentioned that he considered his naturopath to be “modern” and “science-based”, because her first recommendation was that he get his 23andme genetic test. Knowing genetics to be central to the world of biomedicine, but lacking the background to be able to distinguish clinically-appropriate genetics from “entertainment genetics”, he went ahead and sent his sample to 23andMe.

That may tell him something interesting about his ancestry. But as for his shoulder, those genetic results won’t be useful. Apparently, his naturopath recommended it as a means of assessing his overall health picture. It won’t be an accurate assessment, but for the naturopath it’s more than mere entertainment. An article published in Forbes in 2016, by ex-naturopath Britt Marie Hermes, suggests there is a growing practice among naturopaths to order genetic tests blindly:

Alternative practitioners are now forging highly profitable businesses based on patients coming to them with raw genetic data provided by testing companies, typically 23andMe, and walking away with hundreds if not thousands of dollars in nutritional supplements.

But scientific and medical experts recommend against blindly screening for genetic variants called single-nucleotide polymorphisms (SNPs). They warn that these tests carry problems of false results, over-diagnosis and meaningless information. Alternative medicine promoters argue otherwise, and they are spreading the message while churning big profits.

With the results in hand, the naturopaths have an easier time selling alternative remedies to the patients. Such remedies include homeopathic brews (substances that have been diluted to such an extent that what remains is only water), but they also include nutritional supplements, which many naturopaths sell from their clinics. And we’re not just taking about a bottle of multivitamins every few months, but hundreds of dollars worth of supplements each year for every patient.

“It’s becoming trendy for naturopaths and integrative MDs to “interpret” genetic data of patients. It’s the next snake oil side show,” Hermes wrote recently in a tweet to this writer.

In mentioning “integrative MDs”, Hermes was referring to clinicians who are medical doctors, who have worked peacefully with the alternative health industry. This can be for positive reasons, such as not criticizing naturopathy in order not to alienate patients who pursue alternative remedies. Consequently, they can provide those patients at least some legitimate health care along with the alternative treatments. This actually is something that naturopaths do when they recommend exercise, or when they prescribe legitimate drugs, like oral contraceptives and antibiotics (as they are permitted to do in certain states). But the motivation for real doctors also can be for negative reasons — including the desire to cash in on the alternative health market.

That said, the warning about misusing consumer genetic tests applies to MDs as much as it does to alternative medicine practitioners. Use of these data by the fringe may have the spotlight right now, because Hermes and others have brought the problem to the world’s attention. But patients need to keep their radar scopes on wide beam in any primary care setting as the field of genetics continues to expand.