This article or excerpt is included in the GLP’s daily curated selection of ideologically diverse news, opinion and analysis of biotechnology innovation.
The reality is that most people have transient periods of sleeplessness. But persistent sleep disorders are a plague for those who have them. Think about common reasons why people say they can’t sleep:

Do any of these ring true for you? If so, you’re in an overwhelming majority.

Notice how I separated ‘travel’ from the sleeping conditions that are incurred during travel. This is because there are two separate operating factors here: One is the stress that accompanies the act of traveling itself, and the other is the change in sleeping environment. We become well-calibrated to expect certain pre-sleep rituals at home (perhaps brushing teeth, reading books, etc.), and a change in the order or format of these rituals can spell the end for deep sleep. Part of the reason is because of certain cells in the brain devoted to location (the place and grid cells): When we are in a different location, the way we know this (besides that the wallpaper and hanging art may be strange and distasteful) is because there are activations of different arrangements of these pyramidal place cells.

One set of activity lets your brain know that it’s ‘at home in the living room,’ another neuronal firing pattern in this region lets it know that it’s ‘in aisle five of the local grocery store.’

The effect that novel places have on our sleep is well-known and is referred to as the ‘First night effect.’ Current research and brain imaging has indicated that sleeping in new locations keeps the left hemisphere of the brain active, scanning for threats. Sounds picked up by the right ear (more direct pathways to the left hemisphere of the brain) seem to induce wakefulness more effectively in new environments. 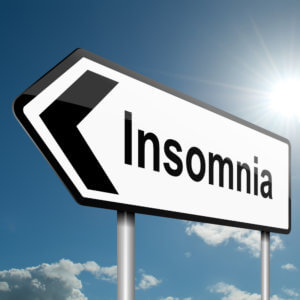 Where this gets even more interesting is thinking about the survival benefit of why these phenomena exist. Certainly, sleeping lightly and being roused by small noises or other environmental changes was likely responsible for the preservation of many of our ancestors: Those who slept too soundly may not have been able to defend against or evade emergent environmental stressors. Many animals rest one brain hemisphere at a time, with the other hemisphere passively patrolling for danger.

Back to the travel example as a common source of insomnia: We optimize our behavior when under stress, and so getting stressed allows us to perform slightly better during travel. This is the modern-era equivalent of fight-or-flight: the preparation for battle is the metaphor for our approach to getting on public transportation, airlines, etc. However, too much stress can make people less effective at battle (travel), and so hence the 268,000,000 Google hits I was just rewarded with by typing in ‘travel stress.’

When we travel, we’re on high alert, which activates our sympathetic nervous system and causes us to be more vigilant. This directly leads to reduced sleep duration and/or lower quality of sleep.

Also, there are several medications which can cause or contribute to insomnia, either by directly interfering with neurochemicals involved in sleeping, or by affecting (nor)epinephrine levels, blood pressure, heart rate, etc. For these situations, there are effective pharmaceutical treatments, however some can have very long half-lives and remain in physiologically-relevant levels in the blood stream well into the next day, leading to grogginess.

The other causes and contributors of insomnia are in a certain way more difficult to identify than those on the list above, because they are part of genetics and brain structure. They are innate, and therefore difficult to separate out as a background variable. I’ve written previously about genes associated with sleep, most notably ‘Chrono.’ The genetic predisposition toward insomnia is a hypothesis still in its early stages of research, though several influential genes have been identified.

Related article:  False memories: Why marijuana users may not be the best eye witnesses

Depression is also often ironically associated with insomnia. The relationship between mental status and sleep is one in which the direction of causality has not been unequivocally determined: Often those with clinical depression have a difficult time sleeping properly; but it could also be that an underlying sleep disorder is contributory to the presence of the depression.

Another factor which appears to be associated with insomnia is the presence—or lack thereof—of white matter in the brain. Specifically, researchers observed less white matter in the right hemisphere in people who had reported suffering from insomnia. Interestingly, lower levels of white matter tend to be found as a causative mechanism in certain strokes and dementia. Problems or deficits in white matter lead to poorer information transfer across different brain regions.

The newest research focusing on white matter in the brain used a novel technique called diffusion-weighted magnetic resonance imaging, which is able to detect small variations in diffusion of water molecules within tissues of the body. Though fundamentally, there is not enough empirical data as to what a diffusion MR image should look like for nominal white matter levels, so determining certain features and considering them aberrant is a bit of a stretch. Also, the finding regarding white matter content in the brain is associative in nature, meaning that less white matter structure was associated with—but not necessarily causal in—the respondents’ insomnia. The sample size was also very small: 23 people, and a control group (regular sleep patterns) of 30 people. Additionally, the 23 people who reported insomnia were self-reporters, meaning that there were no comparative objective measures of sleep comparing the quality, type, or duration of sleep within and between the two groups. 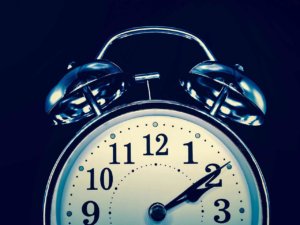 Sleep clinics have had good success improving sleep outcomes in those suffering with sleep disorders. As we learn more about the mechanisms and physiological architecture involved in sleep, future treatments will be targeted to deal with specific types and aspects of insomnia, making the therapy more effective. Until then, the most effective practices to optimize sleep remain:

For those of you who have tried these palliative methods and still haven’t found substantive relief, the new recommendation for first-line treatment of chronic insomnia is to seek out cognitive behavioral therapy (CBT), which teaches more positive psychological approaches to sleep hygiene and beliefs about insomnia.

“By engaging patients to be active participants in their sleep health, CBT-I therapists teach cognitive and behavioral skills that resolve or attenuate chronic insomnia in 70% to 80% of treated persons, often without supplemental medication.” – Roger G. Kathol, MD, from the University of Minnesota in Minneapolis, and J. Todd Arnedt, PhD, from the University of Michigan Medical School in Ann Arbor

Kathol and Arnedt also note that psychological alternatives to pharmacologic therapy for insomnia will accomplish better and safer patient outcomes. Ensuring receipt of proper care is a patient’s right, and some health practitioners don’t consider insomnia to be a health problem — but it is. Sleep is an important part of good health, and the important takeaway is that it can be properly managed.