Here’s what we really know about transgender genetics—so far

This article or excerpt is included in the GLP’s daily curated selection of ideologically diverse news, opinion and analysis of biotechnology innovation.
The week started strangely.

On [March 19], the author of a new book on transgender identity emailed me, asking about my research (I don’t have any). She’d read my comments in The Daily Mail about an abstract from a meeting identifying gene variants associated with transgender identity in a handful of people. But the writer, with whom I hadn’t communicated, didn’t name the researcher. So people thought it was me.

Soon, Google Alerts sent me the full version of the article in The Times, by Oliver Moody, and then I recalled having emailed with him. (This is the Times of London; the New York Times rejects anything I send.)

Since then I’ve been quoted in several outlets with whom I never corresponded – such is the nature of echo-chamber journalism these days – and I’ve had requests from people seeking genetic testing for transgender identity. It’s way too soon!

How hype is born

I deduced that Moody had contacted me after reading “Is Transgender Identity Inherited?” at DNA Science from about a year ago, or had heard an NPR interview follow-up. The end of my post states that “a genomewide SNP screen, or even genome sequencing, might one day identify a genetic ‘signature’ for individuals more likely to identify as transgender.” 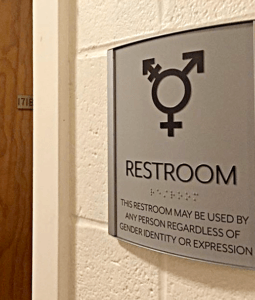 In the new abstract, “Understanding the Genetic Basis of Transgender Identity,” presented at the Society for Reproductive Investigation’s annual meeting in San Diego March 6-10, J. Graham Theisen, MD, from the Medical College of Georgia at Augusta University and colleagues described a strategy midway between my suggestions. They sequenced exomes (protein-encoding portions of the genome) of 30 individuals who identify as transgender.

When Moody sent me the abstract last month, I was ready to tear it apart – but I was impressed. Hence my quote, “These are highly reputable folks going about this exactly the right way, searching the genomes of transgender people to highlight which genes they have variants in. It lends legitimacy, if that needs to be added, that transgender is not a choice but a way of being.”

Alas, despite Moody’s emphasis on the preliminary nature of the findings, and a spot-on lede (“Transgender men and women may carry genetic variants that influence their gender identity, a study suggests,”) his article fell victim to hyped editorial packaging.

The headline “Science pinpoints DNA behind gender identity” is absolutely untrue. Worse is the image beneath the headline of a stereotypical bespectacled, lab-coated old white dude pointing seriously to a DNA sequencing gel, with the caption “The DNA of those with gender dysphoria was found to have nine variants that may cause the condition.” Cause? I don’t think so. And the project leader, Dr. Theisen, actually looks like a young Chris Reeve (aka Superman), not the older guy.

Looking for genetic clues in 30 individuals

The researchers sequenced the exomes of 14 female-to-male and 16 male-to-female people identifying as transgender. In the “round-up-the-usual-suspects” approach used for various types of genome-wide studies, the investigators began with variants of a logical group of candidate genes (which regulate steroid metabolism in the brain during development) and are rare (fewer than 1 in 10,000 individuals) in the general population. A database called ExAC compiles gene variant frequencies from many research groups.

Would the selected rare gene variants show up among the participants, and if so, would that trend persist in a much larger group? Then those variants might be associated with some aspects of transgender identity. But it’s a long way from association to correlation to causation. Some comments from readers of the Times piece pointed out the small sample, but conducting a pilot study is how science works. Funding agencies aren’t about to fork over the pounds or dollars for a large-scale investigation without a preliminary look-see. 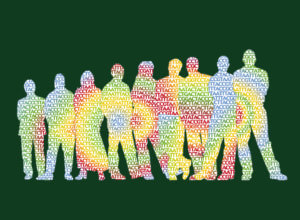 The team whittled down 120,000 genetic variants of possible interest among the participants, then selected 30 variants, representing 20 genes, for further investigation (the exact figures haven’t been analyzed yet). Eleven of the variants changed one amino acid in the encoded protein to another (a missense mutation), and 9 variants were deemed “pathogenic” for neurological development and/or sex steroid metabolism – adding up to the 20 of interest.

Related article:  Why is former basketball player Shawn Bradley so tall? His DNA could offer the answer

“Pathogenic” is genetics jargon for a gene variant that has an effect—it doesn’t mean that transgender identity is a disease. I have a few pathogenic gene variants myself – we all do. Most are recessive and present in only one copy (heterozygous) so are never noticed. The researchers are still re-sequencing the candidate genes for confirmation, but so far only 2 variants are present in two copies (homozygous) in anyone.

The conclusion is clear: “We identified genetic variants in 20 genes that may play a role in transgender identity.” But it is still a powerful statement, for it lends justification to the idea that identifying as transgender is neither a mental illness nor a lifestyle choice – it is a variation on the theme of being human, as we all are in one way or another.

Dr. Theisen cautions, “Our research is still preliminary in nature, and we are a very long way from knowing what (if any) significance our findings have. The DNA of any randomly chosen individual will contain unique variants, and as a result, identifying variants alone is not sufficient to make any claims regarding causation of, or even relation to, a given phenotype. Therefore, we have not yet identified any particular genes or genetic variants that we know to be involved in the development of transgender identity, though that is the eventual goal of our research.”

I’m not an expert on gender issues by any means, despite my being quoted this week in Gay Times and LGBTQ Nation. But I think and write a lot about genetic information. Would genetic testing for transgender identity do harm or good?

If Dr. Theisen’s team or another validates a panel of gene variants associated with transgender identity in a larger population, a few things could happen. 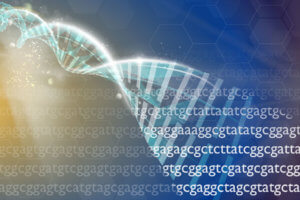 Companies will spring up, like mushrooms after a spring rain, to package and pitch products to consumers. This could happen with more thought to economics than to the potential problems that might arise, such as a parent sending off a spit sample from a young child convinced she is a he or vice versa.

Then, with more research, if the association becomes a correlation or even a cause (such as zeroing in on a particular mutation), might health insurers cover a greater variety of transitioning-related procedures? Again, it’s economics versus consequences. Could expanded insurance coverage medicalize transgender identity, and would that counter the change of “gender identity disorder” to “gender dysphoria” in the 2013 Diagnostic and Statistical Manual of Mental Disorders (DSM-5)? The new designation denotes individuals who are distressed by the mismatch between their gender identity and anatomy, but it keeps others who identify as transgender out from under the psychiatric umbrella.

A better alternative would be for DNA tests for transgender identity to fall into the category of what direct-to-consumer genetic testing company 23andMe lists as, simply, traits. Their offerings are both popular and ridiculously obvious, like eye color, freckles, dimples, cleft chin, unibrow, and hair color, loss, and texture. Findings support what a person already knows from looking in the mirror.

Isn’t the same true of gender identity? Won’t a profile of gene variants only confirm what a person already knows?

I eagerly await publication of the full paper on the work from Dr. Theisen and colleagues.

A version of this article was originally published on PLOS Blog’s website as “20 Gene Variants and Transgender Identity: What Does It Mean?“ and has been republished here with permission.