This article or excerpt is included in the GLP’s daily curated selection of ideologically diverse news, opinion and analysis of biotechnology innovation.
Some bad ideas have originated in America. Reality television, spray-on cheese, pineapple pizza, and deep-fried Hostess Twinkies come to mind. But the most obnoxious of all may be eco-activist campaigners armed with Freedom of Information Act requests, or FOIAs, who pervert the intention of the law in order to undermine sound science, academic scholarship and the free exchange of ideas.

They’re about to make a menace of themselves in Europe.

The eco-activists take an objectively good thing — laws that require transparency of certain kinds of communications — and twist them to harass, smear and intimidate anyone who dares to hold an opinion that’s not in line with their agenda. An agenda, I should add, that is often bought and paid for by special interests.

That’s what Vincent Harmsen, a Dutch activist masquerading as an “investigative journalist,” has done by firing off a flurry of freedom of information demands (known in certain countries as an “access to information request”) to governments and academics across the European Union.

In apparent collaboration with ongoing campaigns by aggressive non-governmental organizations (NGOs) like the Corporate Observatory and the Greenpeace- and organic-industry-linked U.S. Right to Know (USRTK), he asked the representatives to the EU from various nations (e.g, here) for copies of the following:

All correspondence (letters, emails, etc) and minutes of meetings (or any other reports of such meetings) where the EU criteria for the identification of endocrine disrupting chemicals … were discussed between officials of the Permanent Representation of [country’s name] to the EU and representatives of (one or more of) the following companies/organizations…

He goes on to list all the major companies involved in biotechnology.

What they’re really after is any way to link institutions and individuals that stand up for certain kinds of scientific research with corporate boogeymen like agrichemical and biotechnology companies. How do we know? Well, that’s the same tactic that campaigners at California-based NGO U.S. Right to Know have used to spread misinformation about vaccination and genetically engineered foods (obtained from so-called “GMOs”) in the United States. 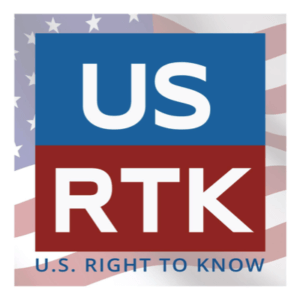 The group was created by the Organic Consumers Association and list Greenpeace activist Charlie Cray among its board members. Its mission is to attack everything and anything that constitutes “competition” to the organic industry — i.e., farmers who take advantage of modern biotechnology to grow crops, the companies that make this possible, and scientists and science communicators who argue for scientifically defensible regulation.

USRTK has abused freedom of information laws to demand that academic institutions across North America turn over the emails of faculty members who have a positive attitude toward modern agricultural technologies.

The group then releases out-of-context excerpts out to smear the work of prominent researchers like the University of Florida biologist Kevin Folta, who has described activists as promoting “a narrative that suggests industry collusion or undue influence, especially with any attempt to connect the faculty member to Monsanto, a company that is the bogeyman favorite of activists.”

Every page of every email requested by USRTK must be examined by attorneys to ascertain whether they are releasable. Professor Folta estimates that the USRTK fishing expedition may have cost his university as much as a million dollars of taxpayers’ money.

I, too, have been on the USRTK hit-list since I was a prominent opponent of an unscientific, unwise and probably unconstitutional 2012 California referendum issue that would have required labeling of genetically engineered food. (It was not approved.)

Let’s be clear: None of this is actually about transparency or truth-seeking. British journalist Mark Lynas has tried in vain to get USRTK to come clean on its position on vaccines, a position that reflects that the group’s organic industry financial backers (many of whom sell snake-oil alternatives to pharmaceuticals) also spread disparaging disinformation about those critical life-saving products. 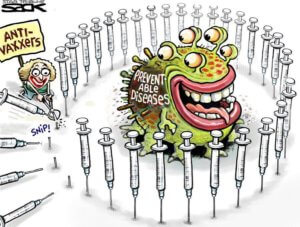 At least in part as a result of these cynical efforts, dangerous and preventable diseases like measles are back, with tens of thousands of cases and dozens of deaths reported across the EU so far this year.

Unsurprisingly, some European institutions like Wageningen University in The Netherlands have challenged Mr. Harmsen’s nuisance requests, citing academic freedom and remonstrating that because they are not public institutions, their researchers are not subject to such mandatory disclosures. Wageningen University is now engaged in defending itself in a lawsuit over the documents, the release of which is seen as a threat to academic freedom.

It’s actually far more than that. It’s an attack on scientific advances and science communication, and it will have ongoing public health repercussions. Anti-vaccine hysteria is killing people, although the scientific evidence of the benefits of vaccines is beyond doubt. Likewise, there’s no credible evidence that genetically modified crops have been deleterious in any way. On the contrary, they have been shown to increase yields, reduce the use of sprayed insecticides, and enhance food security and farmers’ incomes.

Trillions of meals containing ingredients from genetically engineered plants and animals have been consumed, without a single confirmed negative effect on human health or an ecosystem. (Remember that a trillion is 1,000,000,000,000.)

But what is lost amidst the anti-genetic engineering propaganda are the palpable benefits, such as the ability to grow crops with less water, conservation of farmland, decreased release of CO2 into the environment, and less insecticide spraying. When research and development on these products are delayed or prevented, the natural environment and public health suffer.

Why, then, would anyone oppose such advances?  Simple. The successes of genetic engineering — or for that matter, food irradiation and agricultural chemicals, which are also prohibited in organic agriculture — are bad for business if you’re peddling overpriced organic produce, animals, linens, or tobacco. (Yes, you read that right.)  Or if you’re part of the organic industry’s army of paid agents, trolls, and shills, hiding behind a public-interest façade. That’s what this is really about.

This article originally ran at the Daily Caller as OPINION: LEGALIZED ECO-BULLYING CROSSES THE POND and has been reprinted here with permission.