I’m a geneticist. A DNA test uncovered a half-sister and sparked painful questions

This article or excerpt is included in the GLP’s daily curated selection of ideologically diverse news, opinion and analysis of biotechnology innovation.
In her new book, “Inheritance: A Memoir of Genealogy, Paternity, and Love,” author Dani Shapiro is speaking for tens of thousands of us who are discovering that we are “NPE.” Not Parent Expected. 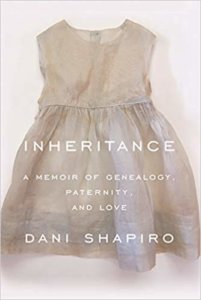 Dani learned that the man who raised her and who she thought was her father was not so, biologically speaking, thanks to a DNA ancestry test.

My own discovery is so overwhelming that I can’t talk about it much, even though my new half-sister has possibly saved my life by adding to my known family’s cancer history, affecting a recent medical decision. So thank you Dani. Here’s a short version of my story, as many of us face the deluge of new cousins coming in from the holiday wave of DNA tests.

The name didn’t ring any bells. I’d always ignored “are you my cousin?” queries from people doing DNA testing. They’d all been possible fourth or fifth cousins. Probably many Jewish people of eastern European descent (Ashkenazim) are connected at this level, given the serial winnowing of our genomes through history. Company algorithms now account for our sameness, called endogamy in the language of genetics (see How Anti-Semitism Shaped the Genes of Jewish People).

As first cousins, Penny and I would share about an eighth of our genomes – half of her genes from one of my aunts or uncles, with whom I share a quarter.

We began emailing. She was born in 1952, me in 1954. We’d downed egg creams at the same candy stores; eaten sandy knishes on the same Brooklyn beaches; attended high schools and synagogues a few miles apart. But our surnames didn’t mean anything. Even though we don’t look very much alike, we started thinking.

How did it happen? Had my gorgeous maternal uncle made a few, er, donations during med school? That happened in those days, but wasn’t exactly a topic of dinner conversation in the Father Knows Best era.

The handsome uncle idea dissolved when my cousin, his kid, turned up as an Ancestry.com match for me, but not for Penny. That threw the ball into my father’s genetic court.

So I drilled down into the DNA info on Ancestry.com, to the centimorgans that I’d used to map genes in fruit flies long ago. And I was flabbergasted to discover that Penny and I share so many DNA regions that we’re likely half-sisters. (Here’s a great chart of how much DNA people related in various ways share.)

The parts of my brain went to work. The part that used to watch soap operas ticked off the possibilities – my dad had an affair with her mom, or our moms had extramaritally encountered the same guy. Were our mothers unknown sisters, or our dads unknown brothers? Sexual assault? Unknown incest somewhere? Did we share a male-twins-separated-at-birth event? An adoption? None seemed likely.

That left a sperm donor. I’ll get back to that.

The part of my brain that has written a dozen editions of a human genetics textbook and thousands of articles, the part where my PhD is lodged, considered a litany of reasons to discard Ancestry.com’s findings.

When I clicked on the chromosome painting tool at GEDmatch.com and entered my and Penny’s info, my screen lit up in bars of yellow and green, displaying our shared genome swaths chromosome-by-chromosome, revealing the probable truth at a glance. DNA Painter shows our 2163 shared centimorgans even edging into full-sib territory, for this is a science of ranges and possibilities, not certainties. All my other matches on GEDmatch are less than a tenth that.

Common sense, memories, and history began to point to the possibility of a sperm donor. Who was he? Were Penny and I “artificially inseminated products,” to use the 1950s lingo?

A percentage of NPE folks are part of the “donor conceived” world. And we’re connecting and sorting ourselves out on Facebook: We Are Donor Conceived, DNA For The Donor Conceived (DNA Detectives), DNA NPE Friends. These online support groups are vital until and probably beyond when the psychotherapy community catches up with the new reality, as the media overflows with stories of insta-families.

If I were to draw a Venn diagram to represent the relationship between DC individuals and NPEs, we’d overlap. Many in the DC crowd have the advantage of knowledge because they’re a younger cohort, born after records began to be kept.

But I needed to learn more. So I contacted Wendy Kramer, founder of the Donor Sibling Registry, which was around before so many people began spitting into tubes. And I told her what I knew, which wasn’t much. She knew right away what probably transpired.

“For people born before the 1980s, look to your mother’s doctor. These docs inseminated patients without them knowing it. Or he’d say ‘there’s a medical student in the other room’ and leave, but there was no med student. It was the doctor.”

Wendy mentioned a janitor whose nighttime donations at an obstetrician’s office supposedly led to dozens of adults who’ve only recently found out they’re half-sibs. “When the kids grew up and found out they were donor-conceived, they were told it was a medical student.” But she had no reliable published evidence supporting the anecdote.

But I believe it. Note the ongoing class action lawsuit in Indianapolis against a doctor who used his sperm to inseminate more than 50 women. Anyone who’s ever had a gynecologic pelvic exam knows it can happen, even without the woman’s knowledge.

When I searched the message board at the Donor Sibling Registry for individuals conceived from the 1940s through the 1960s, I was amazed to see a long list of posts, from people just like me: suddenly alerted, courtesy of consumer genetics, to the existence of a half-sibling. Or several. Donors chimed in, too.

My unscientific analysis of frantically scrolling down revealed that most queries were from New York City residents with Jewish-sounding names, with Brooklyn an apparent epicenter of sperm donation, mostly from medical students looking for quick cash. Each could possibly have fathered many children, because doctors shared samples, while protecting donor identities.

Dani Shapiro, who’s biodad turned out to be a physician, writes in her new book that some doctors encouraged infertile couples to have sex before and after an acknowledged insemination of husband-mixed-with-donor sperm, and sometimes even lied that the woman had already been pregnant, all to disguise the source.

Next I took a sperm journey through Google. 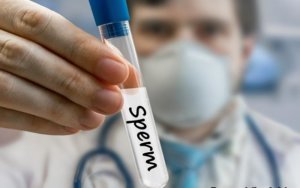 “Sperm Banking History” on the California Cryobank website cites a letter in Medical World describing the first donation, in 1884 at Jefferson Medical College. The practice was legalized in the 1960s, state by state. That left a black hole of laws from 1948 through 1964, which is why Penny and I are among thousands receiving half-sibling surprises.

A seminal article in The New England Journal of Medicine illuminates the shadow world of sperm donation back then. Researchers from the University of Wisconsin surveyed 379 doctors who’d performed artificial insemination by donor, as it was then called, in 1977, yielding 3,576 births. They found that:

The 1977 report inspired the opening of the first sperm bank. Today, of course, consumer DNA testing has shattered the anonymity that the banks once promised. 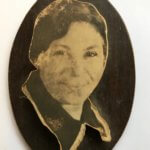 Penny and I have discussed our startling finding with a few relatives, most of whom want no involvement, which is why “Penny” is a pseudonym. But results on the few who’ve submitted DNA support our hemi-sisterhood, as Mendel’s laws predict. And we aren’t the only ones tied by a quarter of our genomes – we have other half-sibs, and half nieces and nephews. The story of our origins has yet to unfold.

Meanwhile, the puzzle pieces are joining in my head and in my heart. And while I’m thrilled to have a new half-sister and maybe more, the surprise has altered my concept of who I am and where I came from.

I’m remembering. As a young child I was drawn to my mother’s side of the family in a way that I wasn’t to my father’s. I’d thought it just my maternal grandmother’s Old World ways – the Yiddish, the food, the customs – compared to my Americanized paternal grandparents. But was it more?

Wendy Kramer thinks so. “At a family gathering someone will say, ‘you have your father’s eyes’ and the father looks at the mother and the mother looks down. It can be something subtle like that, it goes into a child’s brain in a certain way. Your feelings now are telling you that you were an intuitive little girl. You sensed it. You may have overheard things, seen a glance. On some level you were aware of the secret that no one talked about.”

Is my imagination running away with me as I rewrite my personal history, slipping the fading glimpses of my childhood into a new narrative? One based on my father not being genetically so? Photos reveal resemblance to my mother’s family, while I don’t share health conditions, looks, temperament, and talents, with my known father at all. My parents are gone, so I can’t ask the tough questions.

It’s a lot for a geneticist to take in.