As an evolutionary geneticist and a conservative, I take some interest in critiques of Darwinism. I have come to expect that every few years a new book by Michael Behe, a professor of biochemistry at Lehigh University, will trigger commentary relaying his skepticism of evolutionary theory to the interested public. And this will result in vociferous rejoinders from evolutionary biologists.

But evolutionary biology is nothing for conservatives to fear, because it is one of the crowning achievements of modern Western civilization. It should be viewed not as an acid gnawing at the bones of civilization, but as a jewel. The science built upon the rock of Charles Darwin’s ideas is a reflection of Western modernity’s commitment to truth as a fundamental value. And many Christians well-versed in evolutionary science find it entirely compatible with their religious beliefs.

Further, while evolutionary biology does not tell us what is good, the truth of the world around us can inform our efforts to seek the good — and in this sense, the political implications of evolutionary biology do not favor the Left. Today many on the Left reject the very idea of human nature, to the point of effectively being evolution deniers themselves. They assert that society and values can be restructured at will. That male and female are categories of the mind, rather than of nature. In rejecting evolution, a conservative gives up the most powerful rejoinder to these claims.

Evolutionary biology got sucked into culture wars in the 20th century. Behe is among the more sophisticated and scientifically informed critics of the field, but some of the biologists whose research Behe draws upon to marshal his arguments have already responded in detail to his most recent book. So rather than rehashing the same old debates, I want to outline what evolutionary biology is, and how contemporary critiques of the field leave a misleading impression. 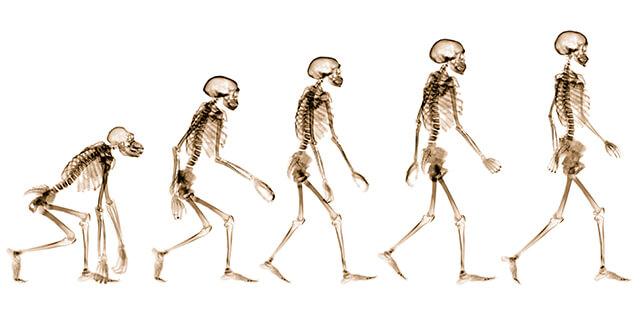 First, it is very peculiar to see scientists being called “Darwinists.” Evolutionary biologists almost never refer to themselves this way.

Charles Darwin founded the discipline of evolutionary biology along with Alfred Russel Wallace. Evolutionary ideas were in the air before Darwin, but his central contribution was to offer a mechanism through which species could change over time: natural selection operating upon heritable variation. Darwin also established the broad contours of the questions that evolutionary biologists explore even today.

But there are many details where he was wrong. This is the norm in science. Revision is a feature.

The most surprising aspect of Darwin’s work is that it did not have a correct scientific theory of inheritance: He didn’t know what caused organisms to vary in ways that could be passed down from parent to child, which is to say he didn’t know about genes. Gregor Mendel, an Augustinian monk, pioneered the field of genetics at the same time that Darwin’s fame was rising, but genetics as an organized body of research emerged only in the first decade of the 20th-century.

Genetics provided the answer of how variation is maintained. Population genetics created the mathematical basis upon which 20th-century evolutionary biology developed, becoming the “Neo-Darwinian Synthesis.” When skeptics of evolution assert that “Darwinism” is in disrepute, they are really talking about challenges to the Neo-Darwinian Synthesis, not Darwin’s original insights.

There are two major strands of evolution skepticism. One involves direct critiques of accepted ideas such as common ancestry of life on earth, descent with modification, and the power of natural selection to produce “irreducible complexity.” These views, including Behe’s, have been litigated for decades now in the public forum.

The other involves highlighting disagreements among respected evolutionary biologists, to imply that evolution itself is in dispute. In the 20th century Stephen Jay Gould’s ideas were deployed to this end. In the 21st century it has been the “extended evolutionary synthesis.” But all of the thinkers who promote heterodox views consider themselves evolutionary biologists. Often they reintroduce processes that Darwin took seriously, but were abandoned in the Neo-Darwinian Synthesis!

But I come here not to bury the anti-evolutionists, but to praise evolution. Much has changed in the last generation. The emergence of genomics has turbocharged evolutionary biology.

The questions that fascinate evolutionary biologists — the shape of the tree of life, the role of natural selection in evolution, speciation — are all being explored with far greater power today than they were a generation ago. Today we know the whole human genome. A generation ago we didn’t know if it was possible to map the whole human genome. Each segment of DNA is its own history book. What had been a black box is now an open book. 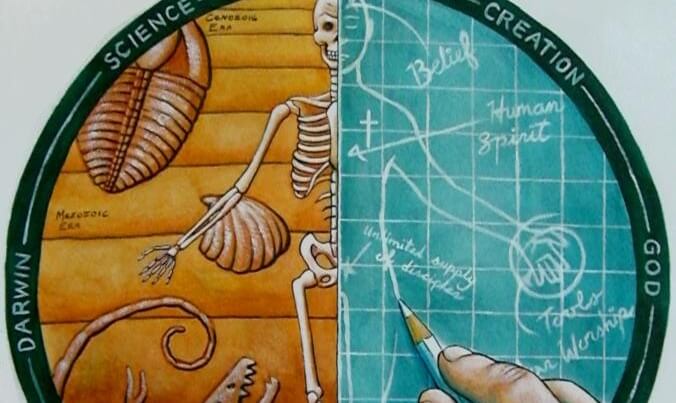 One consequence of genomics has been the confirmation of many of the details of shape of the tree of life determined by 20th-century evolutionary biologists. By using patterns in anatomy and taking as a given the idea that species shared common ancestors, those biologists surmised that birds descended from the dinosaur lineage, and that some reptiles are evolutionarily closer to dinosaurs than others are. If this is true, birds should be genetically closest to certain reptilian groups. This is in fact the case.

Instead of just theorizing about adaptation, modern geneticists are looking for its footprints on the genomic level. Evolutionary theory predicts that for large, slow-reproducing organisms such as humans, adaptation and genetic diversity will be highest around genes associated with immune response, because pathogens evolve resistance quickly thanks to their fast generation times and large numbers. This is exactly what we see, including in ancient DNA samples.

Because species descend from common ancestors, it is also expected that the process of speciation may not be one of simple separation. But without a time machine it was never possible to confirm this for many lineages that are not amenable to laboratory breeding. Today we do have a “time machine” of sorts. A whole-genome sequence contains millions of pieces of information that allow geneticists to reconstruct the history of a species, because it is a window upon thousands and thousands of ancestors.

Today donkeys and horses cannot interbreed because mules are mostly infertile. But the genomes of these species show clear signatures that there were earlier periods when ancestral donkeys mixed with ancestral horses. Populations that today can not produce fertile offspring could do so in the past, when they were genetically more similar.

Before the last decades of the 20th century, much of evolutionary biology was theory-heavy and data-poor. Genomics has transformed this, allowing geneticists to resolve questions about relatedness, forces in evolution, and divergence between species.

A small number of skeptical intellectuals such as Behe, as well as the circle around the Discovery Institute, will continue to carry the torch of evolution skepticism. A number of evolutionary biologists will engage with them directly, as they always have. But looking forward, the energies of the Right are not most fruitfully spent on debating descent with modification and the common origin of life.

In the abstract, science is purely about truth. But modern civilization stands atop its shoulders. Evolutionary theories, inchoate and unformed, have been part of our intellectual tradition for thousands of years. But since the publication of The Origin of Species in 1859, modern science has transformed the primitive intuitions that well up within us when we see a chimpanzee face-to-face into a vast cathedral of knowledge.

Evolutionary biology attempts to understand the patterns we see around us through the prism of natural selection. Nature is not wish fulfilment; reality is not constructed by social ideologies. Evolutionary biology explains why the vast majority of humans have innate heterosexual preferences and straightforward gender identities. A whole branch of evolutionary biology examines why sex is so common among living things and why it persists.

Evolutionary psychologists assert we are Pleistocene minds in a modern age. This insight gets at the fact that we are the products of our biological past, with certain strong dispositions, caught in the riptide of modern technological and social change. The miracles of modernity have enabled human flourishing, but we must remember the traditions of our ancestors so as to accept the good while avoiding the bad. Similarly, our deepest instincts are powerful because they have been selected for over time.

To maintain a civilization predicated on freedom, liberty, and equality, we cannot ignore the deck of cards that nature dealt us. The seeds of both tyranny and democracy were sown by the evolutionary pressures that shaped humans over millions of years. We should not pass up knowledge and insights that might help in preserving what we think is good, beautiful, and true.

A version of this article was originally published on the National Review’s website as “Conservatives Shouldn’t Fear Evolutionary Theory” and has been republished here with permission.