How a one-time CRISPR shot could obliterate lower back pain

This article or excerpt is included in the GLP’s daily curated selection of ideologically diverse news, opinion and analysis of biotechnology innovation.
Today [August 13] the US National Academy of Sciences is hosting the first meeting of the International Commission on the Clinical Use of Human Germline Genome Editing in Washington, to discuss controversial applications of CRISPR to human eggs, sperm, or fertilized ova, in the wake of Chinese researcher He Jiankui announcing the birth of CRISPR twins after a similar meeting in 2017 (See Do China’s controversial CRISPR babies illustrate the need for an undo button?)

Although only one clinical trial is up-and-running for CRISPR to treat body cells, with an initial patient making the media rounds just last week to discuss her cells doctored to counter sickle cell disease, many other applications are in preclinical testing — animal models and human cells and organoids. And they’re not restricted to rare diseases.

Imagine a single injection that quells the inflammation behind lower back pain — perhaps forever. CRISPR may make that possible by dampening the immune system’s cytokine signals, according to a report in the July issue of Human Gene Therapy.

More then 65 million Americans suffer from lower back pain, costing $100 billion to $200 billion in treatments each year. Many cases are due to degenerative disc disease (DDD), in which the cartilage discs that lie between the vertebrae wear away, removing the shock absorbers that enable the body to flex and bend.

Over time, the bendy spinal discs shrink as they lose water, and so despite its name, DDD isn’t actually a disease, but a normal part of aging. Disc degeneration affects about 85 percent of the US population above age 50, but most cases are asymptomatic, according to the American Association of Neurological Surgeons. Those affected experience weakness, numbness, and pain flashing down the legs. The pain can be disabling and chronic. 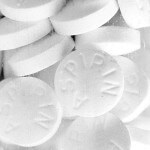 Treatments for DDD attempt to relieve pain, rather than block its source. They include anti-inflammatories like aspirin, ibuprofen and steroids; physical therapy; and surgery to remove part or all of a disc or disc parts that have fused.

Genetic predisposition replacing environment as cause

In the 1990s, environmental insults such as smoking, damage from activities that expose an individual to intense vibrations, and occupations that involve heavy lifting or prolonged sitting or driving, were largely to blame for susceptibility to DDD.

Then in 1999, the TwinsUK cohort study revealed high heritability for DDD. That means that genetics accounts for a large proportion of the variability of the condition (not the extent of a trait that’s inherited.)

The genome wide association studies (GWAS) that began in 2008, thanks to the ability to sequence human genomes and follow patterns of variation sites, added to the hints from the twin studies, pointing to genetic predisposition to develop DDD.

Research today is coalescing around candidate genes that encode proteins that form the glue (extracellular matrix) that holds cartilage cells in place, as well as inflammation. The suspect proteins include collagens, the vitamin D receptor, glycoproteins, and from the immune system several interleukins (ILs), an interferon, and tumor necrosis factor (TNF).

An inflamed intervertebral disc resists many treatment approaches, as patients can attest. Standard remedies provide only temporary relief, and back surgery is often ineffective. Newer treatments, such as stem cells, degrade in the cytokine-rich environs of a disc, and administered growth factors rapidly diffuse away.

Robert D. Bowles and his colleagues in the departments of biomedical engineering, oncological sciences, and orthopedics at the University of Utah are on the trail of a different target: cells from the spinal discs, using a “CRISPR epigenome editing system.” The “epi” refers to the altering of the controls of the genes responsible for the inflammation, not of the genes directly.

Animal studies have implicated a smorgasbord of immune system proteins behind back pain, including tumor necrosis factor (TNF-alpha), several interleukins (1a, 1b, 2, 4, 6, 8, 10, 12, 17) and interferon-c, in DDD. Powerful drugs that block TNF receptors are already on the market, such as the monoclonal antibodies Remicaid and Humira. They treat Crohn’s disease, rheumatoid arthritis, plaque psoriasis, and a few other conditions.

Remicade is given intravenously every few weeks, and Humira is self-administered under the skin every other week. Could CRISPR provide a more permanent solution?

For a CRISPR approach, the researchers focused on TNF-alpha and IL-1 beta, the two major cytokines behind DDD. These signaling proteins practically ignite disc cells with inflammation, degradation of the extracellular matrix, and the final insult, death (apoptosis). Another protein, NF-kB, controls them by turning on the suite of genes that promotes the three actions.

Instead of echoing past attempts to deploy monoclonal antibodies to block production of the two cytokines, the researchers targeted the linchpin, NF-kB. But they had to do it more specifically than using antibodies like Remicade and Humira, which go anywhere in the body once injected or infused and therefore have side effects.

To establish a proof-of-concept that restricting the intervention would work, the researchers turned to cells scooped from the gelatinous, watery inner part of vertebral discs from people undergoing back surgery – that is, mushy medical waste. A region of the disc called the nucleus pulposus is where degeneration originates, in cells termed IVD, for intervertebral disc cells.

CRISPR, delivered in a standard gene therapy viral vector, dampened expression of yet another protein part, called Krüppel associated box or KRAB, that in turn shut down activity of the NF-kB gene that controls the two cytokines. The result of the cascade: reduced cytokine production just where it’s needed. Inflammation stopped.

The viral vector is the key to the long-term response: lentivirus (aka disabled HIV) inserts into a human genome, promising a permanent treatment compared to gene therapies that hang out outside chromosomes. “This provides the potential for one time delivery of CRISPR epigenome editing systems, to provide long-term effects,” the researchers write.

The CRISPR-introduced cargo indeed reduced inflammation, promoted cell survival, and halted destruction of the extracellular matrix in the tinkered cells. In other words, it worked. The researchers envision a one-time “injectable gene therapy to slow DDD progression.”

A review article from 2018 from the researchers addressed practical matters in treating back pain with CRISPR. A specific concern is that the IVD cells are rare and difficult to reach – but other experiments show that targeting dorsal root ganglia, a class of nearby nerve cells, also works.

More general concerns tend to accompany any utterance of the acronym CRISPR. Off-target effects could harpoon other genes and damage or kill cells. And there’s the fear that a CRISPRed change will pass to future generations – but an intervention in lower back cells isn’t likely to reach sperm or eggs.

The CRISPR approach to alleviating DDD isn’t ready for testing in patients just yet. But stay tuned. I’m sure that a single injection that can dissipate crippling back pain forever will find a huge market.