This article or excerpt is included in the GLP’s daily curated selection of ideologically diverse news, opinion and analysis of biotechnology innovation.
The genetic revolution being ushered in by gene-editing promises to markedly improve our crops by making them resistant to drought, disease and insects, and by enhancing their nutritional content.

Just consider what happened in October 2018 when Calyxt, a gene-editing pioneer, announced the conclusion of field trials for a high fiber wheat that it expects to put in farmers’ hands within two to three years. The company said its new wheat will meet a growing consumer demand for higher fiber foods – essential for healthy digestion and lowering the risk of diabetes and coronary heart disease. According to its news release:

Most adults only consume about half of the recommended amount of fiber in their diet but, with this latest advancement, we’re one step closer to developing a product with up to three times more dietary fiber than standard white flour.

This new wheat variety was the seventh gene-edited crop developed by Calyxt, whose other crops include mildew-resistant wheat, high-oleic soybeans and non-browning potatoes.

At first blush, it might appear that foods engineered to address some of our nagging health issues would be widely embraced. Not so for the organizations that have demonized other GM crops as “unnatural” and potentially dangerous to human and animal health and the environment. Many of those groups are now turning their attention to newer crop breeding techniques. 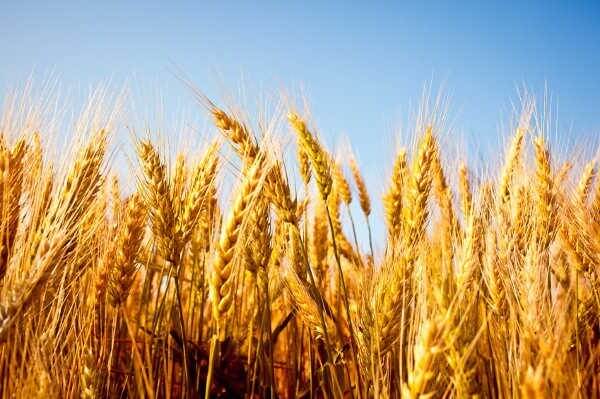 If they succeed we all stand to lose, as farm productivity will be restrained, with crops that can resist disease and the effects of climate change never making it to market. Eventually, the lost opportunities could lead to higher food costs.

Among the voices attacking these new breeding techniques:

This opposition stands in sharp contrast to the consensus of the scientific community which has welcomed the development of new breeding tools. Scientists have largely argued there is no reason to be concerned about their use because they pose no danger to human and animal health and the environment.

“When I think about where we are likely to see the biggest impacts in the shortest amount of time, I really think it’s going to be in agriculture. Plant breeders have always been geneticists at heart,” said Jennifer Doudna, the co-discover of CRISPR/Cas9. “And with the precision and ease of CRISPR, identifying and separating out desirable traits has the potential to speed up new crop development by several orders of magnitude.”

A decision by the European Court of Justice (ECJ) will subject gene-edited crops to the same rigid, costly and extreme regulation that GMOs must undergo. That ruling has been lambasted by many European plant scientists. Several Swedish scientists wrote a letter:

By limiting the possibility to use this new, precise research tool, possibilities to finding develop new sustainable crops are also limited. This threatens all of Europe’s future food supply as well as the supply of other important biological products and the work with reducing the negative impact agriculture has on the environment.

Others, including Holger Puchta, a plant biochemist at the Karlsruhe Institute of Technology in Germany, worry the decision could uncouple Europe “from the biggest revolution biology has seen in the last thirty years.”

Professor Nick Talbot, the director of the Sainsbury Laboratory in Norwich, England, described the ECJ ruling as a “retrograde step that is not based on any scientific evidence. Precise gene-editing technologies allow accurate, predictable changes to be made in a genome.”

While science has repudiated the concerns of the anti-GM groups, public opinion appears to have been swayed by warnings spread about the supposed dangers of GM crops. A 2015 national survey by the Pew Research Center found that 57 percent of adults considered food products containing GMOs to be unsafe.

A March 2018 paper by the Council for Agricultural Science and Technology noted, “For many consumers, the term GMO is now associated with “products that should be avoided, making the unregulated non-GMO label the fastest growing sector of the food market.”

Scientists scarred by the “battle” over GMOs are now concerned that another battle looms over the acceptance of crops bred through newer techniques. They worry that the public’s opinion of gene-edited foods could be easily influenced by opposition groups looking to take advantage of a general ignorance about science. Consider a 2015 poll showing that 80 percent of those surveyed wanted food that contained DNA to be labeled. And then there’s the 2016 survey by the National Science Board revealing 27 percent of respondents didn’t know the earth revolves around the sun.

There’s also considerable distrust of scientists in general. Consider a 2014 survey showing that 37 percent of respondents believed the FDA is deliberately keeping natural cures for cancer off the market because of pressure from drug companies. Another 20 percent believed doctors and the government want to vaccinate children even though they know vaccinations cause autism.

We also can find evidence suggesting the GMO debate already has had a negative impact on the perception of the benefits of science and technology. A report released by the University of Missouri in October 2018 suggested that a person’s views toward GMOs would also color their views toward labeling the products of other technologies, including nanotechnology. Heather Akin, an assistant professor in the Missouri School of Journalism said:

Most people do not have the time nor resources to keep up with every scientific advancement and so they might rely on past experiences or judgments to make decisions about new technologies.

The debate over gene-edited crops, as was the case with GMO crops, may add fuel to a fire that is already raging over the public’s perception towards science. Science unfortunately has become controversial. It’s not uncommon to find people who doubt the scientific consensus on a range of subjects, including evolution, vaccinations, evidenced-based medicine, drinking unpasteurized milk, and climate change.

These doubts are also being fueled by President Trump who has demonstrated an apparent disregard for science, by questioning the safety of vaccinations and claiming climate change is a hoax perpetuated by China. Further, we have the decision by the Environmental Protection Agency to eliminate the office which advises the head of the agency on science issues.

Indeed, science is becoming increasingly politicized. There is a growing tendency to view it as an instrument of corporations to increase their influence and power. Others want to pick and choose their science, based on political, religious and ideological beliefs.

The undermining of science because it does not fit into one’s intellectual or political framework is dangerous. It has the potential to lead politicians and the public into bad decisions that could cost lives, squander billions of dollars and exacerbate pressing food-related problems that could be addressed through gene editing and other new breeding techniques.

Steven E. Cerier is an international economist and a frequent contributor to the Genetic Literacy Project