This article or excerpt is included in the GLP’s daily curated selection of ideologically diverse news, opinion and analysis of biotechnology innovation.
A handful of activist groups are now working in tandem to undermine Uganda’s plans to inoculate its population against the COVID-19. These groups, which recently set up base in Kampala, are part of a network of foreign-funded anti-GMO activists also opposed to both locally developed and foreign-made vaccines.

[Editor’s note: Based on the author’s interviews with government regulators and emails recently made available to the public and cited in this story, it appears that a coalition of international anti-GMO groups has launched a campaign to undermine Uganda’s effort to develop a COVID-19 vaccine. The names of certain organizations and high-profile activists have been excluded from this story in order to protect the author from the threat of legal reprisal.]

Led by a well-known contrarian scientist, the local anti-GMO, anti-vaccination coalition includes academicians, religious and cultural leaders and a growing group of activists. Their outspoken leader has publicly vowed to oppose vaccines, announcing he won’t allow his children or himself to be immunized. “It’s gene editing of humans,” he has claimed, falsely. The anti-GMO guru is best known for his opposition to agricultural biotechnology, which he blamed for “creating” COVID in a widely distributed March 2020 email:

Those who continue to live in denial will find it easy to dismiss what is happening around us as conspiracy theories. The problem we are dealing with of covid-19 is among the concerns we have raised about the inability of scientists to control the cut [sic] once it has been let out of the bag!

It is important to appreciate that as the US Department of Agriculture ventured into the agenda to engineer our food, the Pentagon pursued the engineering of super viruses that would spread diseases through mere sneezing.

How come the outbreak of H1N1 virus (bird flu) followed the same path where a particular consignment of day-old chicks passed/was delivered? Because of the powers that be, the real root cause of bird flu, was swept under the carpet. It is a matter or [sic] time before we get to hear about covid-19. 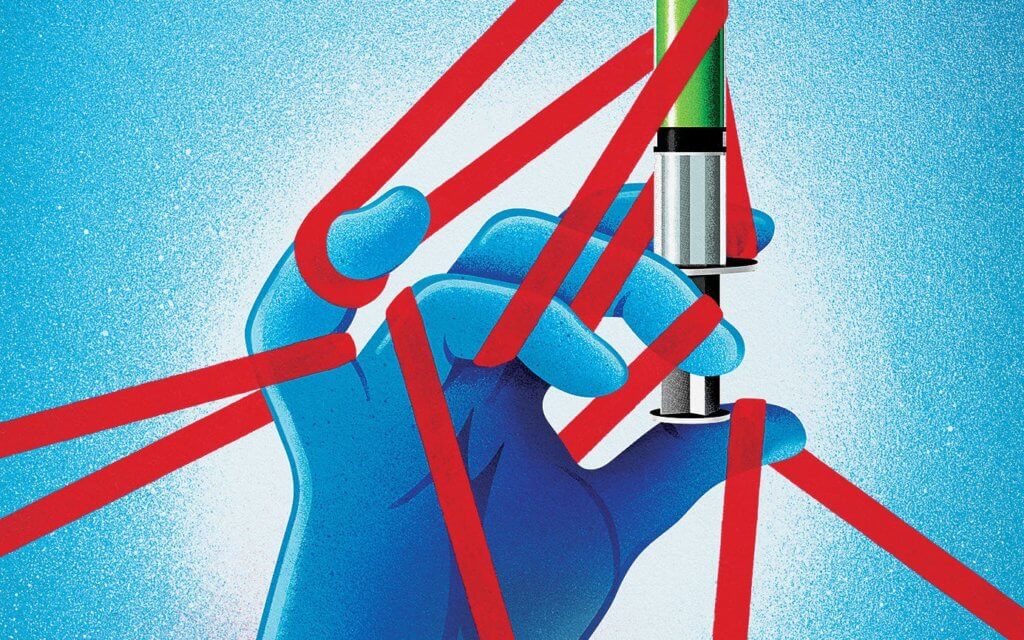 In a May email communication with his U.S-based Ugandan counterpart, this scientist merged his conspiracy-laden views about biotechnology and COVID with anti-vaccine musings, linking the high death rate in Italy to flu vaccines.

Most of those who COVID-19 killed had barely a year earlier received shots of flu vaccines loaded with corona viruses isolated from the saliva of dogs. Whether it was intended or not, the result was that the vaccines suppressed the immune systems of the victims and undermined their ability to fight the COVID-19.

In late spring, Uganda’s President Yoweri Museveni outlined a multi-pronged plan to tackle the pandemic, which included vaccinations. An action plan was circulated in July by Science Minister Dr. Tumwesigye. The government is sequestering funds to purchase equipment that can be used by the various scientists working to develop vaccines and other drugs to treat COVID-19.

The organized anti-vaccine efforts have enraged public health officials who vow to press on with their agenda. Dr. Alfred Driwale, Uganda’s Manager of the National Expanded Program on Immunization (UNEPI), told the Genetic Literacy Project on July 27 that the Ministry of Health has adequate policy, legal and public engagement frameworks to handle these outrageous misrepresentation of vaccines.

We’re aware of such groups and their activities against vaccines and immunization. Drawing from past experiences, we’ve developed a comprehensive campaign mechanism and we’re waiting for the appropriate time, taking into account the elaborate and rigorous scientific processes vaccine research and development is subjected to, before we switch on the mechanism.

Driwale dismissed the anti-COVID vaccine agitation, saying that before a vaccine is approved, it will undergo a rigorous international and national approval process. 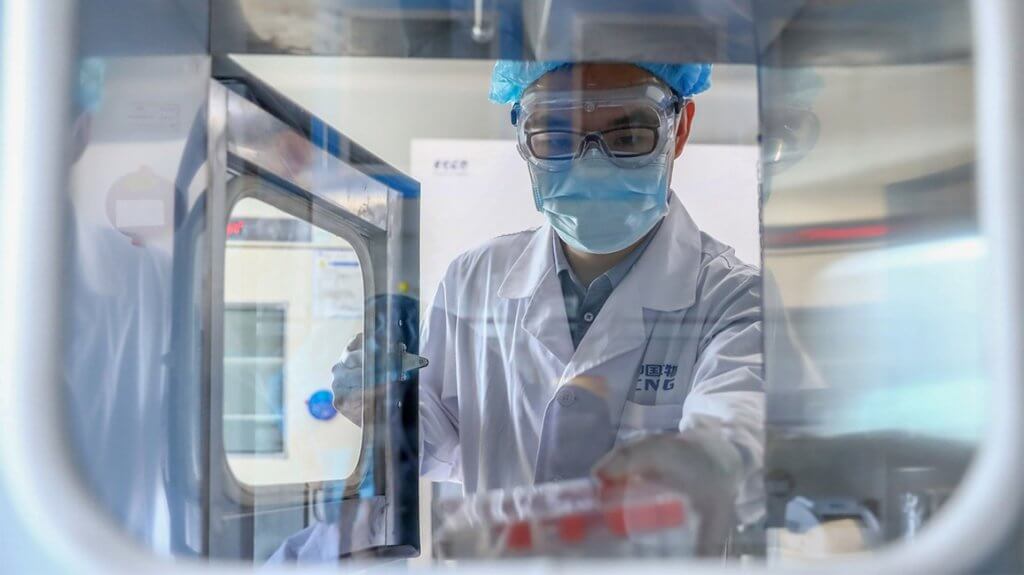 In our case, there’s always an independent and multi-disciplinary body of experts that involves academics, healthcare professionals and representatives of the UN who study the information provided about a particular vaccine, and read widely about the type and processes via which it was made, for efficacy and safety.

Their findings are used in the next stage of decision-making by the government, to deploy a vaccine or not. So why should enlightened persons engage in agitation? That’s deliberate disingenuity, fearmongery and sabotage.

The possibility of side effects, which is generally individual specific, will be handled on a case-by-case basis, taking into account what the effect is and what underlying factors may have contribute to it, he added. Driwale has been instrumental in developing a comprehensive vaccine stakeholder engagement plan involving government ministries and departments, civil society, media, cultural, political and religious leaders.

We implement our public health education on vaccines and immunization up to the homesteads, via radios, TVs, townhall and school meetings with parents, teachers and students. We explain, as much as possible, the science applied, the efficacy and safety, and this is what we shall do with COVID-19 vaccines. We shall not give [a] chance to detractors.

Uganda’s presidential aide on severe epidemics and pandemics, Dr. Monica Musenero—an epidemiologist fondly known by her peers as the “pandemic warrior” because of her long involvement in the fight against virulent disease outbreaks across Africa—confirmed that four candidate vaccines are under development in Uganda.

“Eventually everybody will either have to be infected or they’ll have to be vaccinated,” she argued.

[W]e’ve assembled four teams to come up with four vaccine candidates. All machines we need are not in the country, and the president has authorized expedited procurement….[E]fforts have started and in one of the approaches, we can get blood samples of recovered patients who’ll become immune; we can purify that blood for plasma with which to quickly treat sick people.

Musenero, who was previously involved in the fight against Ebola in Uganda and West Africa after it broke out in Liberia, Guinea and Sierra Leone between 2013 and 2016, says pandemic impacts differ from one country to another, therefore methods of control and management have to differ, too. For COVID-19, she adds, how each country handles the pandemic will determine the cost they pay in lives. The Ministry of Science, Technology and Innovations (MoSTI) has set up a “MoSTI COVID-19 Science Research and Innovation Task Team for Innovative Solutions” to coordinate efforts to contain the pandemic in Uganda.

“I’d not be surprised if they’re building an alliance against our national plans for universal vaccination of citizens against COVID-19. I’ve read emails and other communications containing their plans. But governments shouldn’t allow these sinister moves. Their arguments don’t merit attention …. They’re based on baseless accusations and fear out of religious and cultural fundamentalism.”

Latigo—who is the founding Chairman of the National Biosafety Committee (NBC) of Uganda—told the GLP on July 26, 2020 that there are no other means with which the world shall develop a vaccine except via the science of modern genetic engineering techniques.

In recent weeks, the scientist leading the opposition has targeted the government itself, including the president. He has accused officials of overstepping bounds by proposing that COVID vaccines be mandatory, claiming that biotechnology is too dangerous to use against viruses or other infectious agents. “Authorities in Uganda seem to be bent on making corona (COVID-19) vaccines compulsory and mandatory (forceful administration) once out!” he wrote.

There are no reasonable alternatives to biotech-based vaccine development if we hope to contain the outbreak, scientists say. There is also no common ground between the views of the government and the opposition when it comes to vaccinations. “Those who oppose vaccines are just obsessed with their own personal feelings toward modern science and have extremist beliefs that cloud any sensible reasoning about vaccines,” says Prof. Ogenga-Latigo. He argues that the government’s approach to developing a COVID-19 vaccine is well thought out and will succeed.

Speaking about the importance of biotechnology to vaccine development Latigo added, “Vaccine development processes are based on clear scientific principles. Scientists transfer genes and apply enzymes to cut [those genes] up to develop vaccines. This is the same principle used in crop genetic modification [GM].”

The ultimate source of anti-vaccine and anti-GMO disinformation campaigns, he said, is Europe’s conflicted, unscientific views about biotechnology. He wonders why the European Union (EU) is relaxing its strict anti-GMO regulations to allow vaccine development yet opposes the use of GM technology in food protection.

The EU has time and again—for decades—misled the world [by suggesting] that [genetic engineering] and its products are harmful. Then why allow it in vaccine research and development?

Uganda, Latigo said, needs to confront this bullying and show both the local activists and Europe that their policies are misguided.

It is my sincere hope that we in Uganda will develop and deploy vaccines. We should use [them] to shame detractors of vaccine development and genetic engineering applications.

Dr. Driwale agrees. With various channels of communication and public engagement in place, anti-vaxx activists have no excuse to oppose vaccines with their underground conspiracy campaign.

All the facts about vaccines …. are accessible to the public, so the agitation and misinformation are uncalled for—unless there’s a hidden agenda!