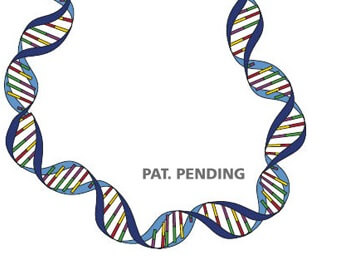 In Association for Molecular Pathology v. Myriad Genetics, the Supreme Court’s consideration of whether human genes are patentable has brought to the forefront a host of ethical, legal and health issues. Biotech company Myriad Genetics argues it needs patent protection for the BRCA 1 and BRCA 2 genes because of the huge investments required to sequence the genes. Opponents say genes are natural products and therefore unpatentable, and that Myriad’s gene patents restrict scientific research and prevent the invention of helpful diagnostic and therapeutic products.

Do gene patents really hinder innovation? To find out, MIT economist Heidi Williams has reexamined the race to sequence the human genome. When the first draft genomes were published in 2001, two very different groups were declared winners of the race: the publicly funded Human Genome Project (HGP), and the private firm Celera Genomics. Along the way, the HGP made all of its findings publicly available, whereas Celera used intellectual property laws to protect the genes it sequenced. “This IP enabled Celera to sell its data for substantial fees and required firms to negotiate licensing agreements with Celera for any resulting commercial discoveries”, Williams notes.

In a new analysis published in the Journal of Political Economy, Williams asks which strategy—sharing information in the public domain versus leasing out private data—led to more innovation. Here are some of the most important findings:

… If Celera genes had counterfactually had the same rate of subsequent innovation as non-Celera genes, there would have been 1,400 additional publications between 2001 and 2009 and 40 additional diagnostic tests as of 2009.

Williams concludes that Celera’s IP protections had a negative effect on innovation. That seems reasonable. What doesn’t seem reasonable is the reaction from some media outlets. Brian Fung, technology writer for the National Journal, used the analysis to support an extreme and sweeping conclusion that “U.S. copyright protections don’t promote innovation. They stifle it.” Similarly, Tech Dirt’s Glyn Moody writes that the study contradicts the “blithe assumption that more innovation occurs when patents are granted than when they are not.” But the two journalists are overlooking some important facts.

First, the Human Genome Project required $3 billion in federal funding to complete the research and publish the sequence in the public domain. That kind of funding isn’t available for most projects, and in this age of budget cuts and sequestration, grants for scientific research are under threat. For example, budgetary concerns are among the chief objections to President Obama’s controversial new initiative to map the human brain—an initiative, it’s worth noting, that’s modeled after the Human Genome Project.

Secondly, there are several ways in which IP can influence innovation. Williams’ paper looks at subsequent innovations after the initial discovery. But the promise of IP protection can also play a huge role in spurring innovation.

The Human Genome Project launched in 1990. It made slow but steady progress until Celera Genomics jumped in in 1999, announcing its goal to sequence the human genome within three years. Using Craig Venter’s new super-fast shotgun-sequencing technique, Celera raced ahead toward its goal, threatening to leave the HGP in the dust. The HGP, which had been a somewhat bulky and inefficient project, was forced to adapt and innovate. In the end, both sides agreed that the competition brought on by Celera accelerated progress.

Without the promise of IP protection and profit, Celera surely wouldn’t have joined the race, and the HGP would have been less efficient because of it. When Fung writes that “Thanks to intellectual-property protections, we know 30 percent less about genetics than we otherwise would”,  he seems to be discounting the fact that the genome was sequenced more quickly because Celera joined the race, and surely there have been plenty of public health benefits as a result.

What’s needed—instead of one-sided, extreme views on intellectual property—is a balance between openness and private interest. Innovation suffers when IP laws are too strong, but also when they’re not strong enough. Perhaps providing that balance is what made the collaboration between the HGP and Celera so transformative and so important. Now, as then, it shouldn’t have to be all-or-nothing, one or the other.

One intriguing compromise, proposed by Oskar Liivak of Cornell Law School, is that gene sequences could be treated like maps and charts. In a post on Forbes, journalist Daniel Fisher explains Liivak’s perspective:

A human gene is nothing more than a sequence of A’s, T’s, C’s and G’s representing the chemicals that make up the strands of a DNA molecule. Each gene has a beginning and an end, and determining where those are takes a lot of skill and experimentation. But a gene is not an invention in any conventional sense, because it wasn’t created by the hands of humans. In fact, if it isn’t an exact replica of what is found in nature, it is useless.

The same goes for maps. They require skill and work to create but done right, they’re an exact representation of the physical earth — if not, people can die. Yet even though a good map is nothing more than a copy of nature, they’ve been specifically covered by copyright law, a close cousin of patent law, at least since the 1700s.

Under copyright protection, Liivak argues, companies wouldn’t have exclusive rights on their gene sequence. Just like geographical maps, genetic maps would be protected from copycats but wouldn’t prevent others from going out and making their own maps. “These are all far from the absolute ban on copying that patents provide, and would solve the problem facing researchers who must isolate a patented gene sequence in order to study it,” writes Fisher. The full post, published here, is well worth the read.

Unfortunately Fisher doesn’t hold out much hope that either side of Myriad v. AMP will seize the opportunity for a compromise. “Defenders of gene patents have billions of dollars invested in their position, and opponents tend to be ideologically opposed to the idea of commercializing genes, full stop.”