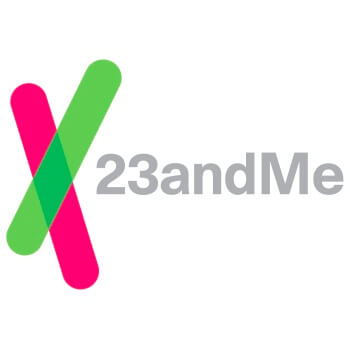 This is the second article of a two-part series. Part one, which was published yesterday, focused on reactions to the FDA’s halt of 23andMe’s test kit from various journalists and how the FDA’s action will affect the DNA clinical direct-to-consumer movement. To read the first part, click here.

On Monday, the U.S. Food and Drug Administration posted a letter on its website demanding that genetic testing company 23andMe stop marketing its popular home genome testing kit until it receives marketing clearance from the agency.

Reactions to the FDA’s letter have been varied. While some journalists and scientists criticized the move, others praised the FDA for stepping in to regulate a genomic testing company that has rapidly been growing in popularity.

The FDA letter has sparked a debate over the role of regulation in the ever-expanding marketplace of personalized genome testing services, raising ethical and legal questions about how to regulate genetic information. Much of the debate has centered on the legitimacy of the FDA’s classification of personalized genome testing as “medical devices.” Non-profit think tank Tech Freedom even launched an online petition urging FDA Administrator Margaret Hamburg to reverse the FDA’s ban of the test.

As more details have emerged, however, it seems that the FDA may not have been trying to establish a precedent of regulating these tests going forward, but rather felt compelled to act due largely to a breakdown in communication between the regulatory agency and the genetic testing company. In the letter, the FDA wrote that they had “not received any communication from 23andMe since May.”

It is startling to think that a relatively high-profile company such as 23andMe could allow such a significant lapse in communication with the regulatory body that has the power to shut them down. As science writer Matthew Herper writes in Forbes, “Either 23andMe is deliberately trying to force a battle with the FDA, which I think would potentially win points for the movement the company represents but kill the company itself, or it is simply guilty of the single dumbest regulatory strategy I have seen in 13 years of covering the Food and Drug Administration.”

While media coverage has remained largely focused on the ethical and legal questions of the FDA’s right to regulate these types of tests, this particular case may be more about the importance of open and consistent channels of communication between regulatory bodies and companies. Herper explains how this breakdown in communication forced the FDA to take action:

The FDA’s account seems to show the agency giving 23andMe a lot of chances, and to show a willingness to find a way to work with the startup. The FDA references 14 face-to-face meetings and telephone calls, hundreds of emails and dozens of written communications during which the agency said it provided specific feedback on study protocols that would prove 23andMe’s tests were useful as diagnostics and other tests to prove the 23andMe kits gave consistent results. Instead, 23andMe expanded how its test was used. In January, the FDA says the company promised that it was doing extensive studies that would take months to complete – and then that promised data never materialized. This is not the way to deal with a powerful government regulator.

After the letter was posted Monday, 23andMe acknowledged that it had failed to comply with the FDA’s timeline:

We recognize that we have not met the FDA’s expectations regarding timeline and communication regarding our submission. Our relationship with the FDA is extremely important to us and we are committed to fully engaging with them to address their concerns.

In reviewing the communication between 23andMe and the the FDA, it appears as if the company began with intentions of cooperating with the FDA. Soon, however, 23andMe not only stopped communicating but started rolling out new and bigger marketing efforts. That in-your-face response could very well have triggered the agency’s scathing letter.

On Tuesday, co-founder Anne Wojcicki, the estranged wife of Google co-founder Sergey Brin, responded further to the FDA letter in a post on the 23andMe website. “In July 2012 23andMe submitted its first application for FDA clearance and followed on with another submission at the end of August,” she wrote. “We received feedback on those submissions and acknowledge that we are behind schedule with our responses.”

Wojcicki also explained that as 23andMe is one of the first to offer this type of testing, both her company and the FDA are breaking new ground with this case:

This is new territory for both 23andMe and the FDA. This makes the regulatory process with the FDA important because the work we are doing with the agency will help lay the groundwork for what other companies in this new industry do in the future. It will also provide important reassurance to the public that the process and science behind the service meet the rigorous standards required by those entrusted with the public’s safety.

Was the FDA’s decision to halt the sales of 23andMe’s test kits about the company’s lack of transparency and communication? Is this another step towards the appropriate regulation of personalized genomic testing? Or is this an example of the government retarding innovation because of inflexibility in overseeing fast-moving technologies? The only thing we can say at this point is that companies that resist being transparent, open and communicative with the agencies that regulate them do so at their own peril.