Some 50,000 years ago at a site in southern Spain known as El Salt, Neanderthals used to gather. They also, unsurprisingly, used to poop there.

But the discovery of coprolites — fossilized fecal matter — in soil samples taken from the site may represent the oldest-ever fossilized human excrement and a tipping point in the ongoing debate about what, exactly, Neanderthals ate.

A new joint study from MIT and the University of La Laguna in Spain, led by paleoarchaeologist Ainara Sistiaga of La Laguna and published in PLoS ONE, claims to have found proof in the fossilized ‘pudding’ that Neanderthals did indeed consume plant matter. They were not the “club-wielding carnivores” we thought them to be, as Jennifer Chu’s MIT News report puts it.

Until recently, the standing assumption — based on indirect and inconclusive evidence — was that our cousins were carnivores. Slate’s Jane Hu summarizes the previous efforts to illuminate the Neanderthal diet (and offers some excellent links for further reading):

To this naturalist, carnivory seems like a poor assumption for any of our close kin. Only one (tiny, range-limited) family of extant primates called tarsiers are true carnivores. These small Southeast Asian creatures are mostly insectivorous. 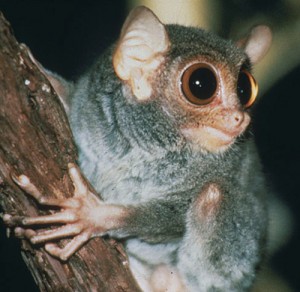 More generally: obligate carnivores — animals requiring a diet of primarily animal flesh and organs — are rare among large mammals. Only the cats tend toward a strictly meat-based diets. The tied-for-heaviest land predator, the brown bear, is much better categorized as an omnivore.

If you’re a large mammal, obligate carnivory is an extremely energy intensive way to live. For those that can digest it, meat is an efficient source of energy, but it’s often a lot more energetically expensive to hunt a mammoth than pluck a few nuts and berries.

All of this is just meant to show how, with a little thought, even a layperson can see why a growing contingent of paleoarchaeologists have been challenging the notion that Neanderthals were carnivores. (Biological anthropologist Richard Wrangham of Harvard told MIT News it “would not be surprising to find that Neanderthals show little difference from sapiens in their diet composition.”)

Now instead of inference and what Wrangham called “guesswork” we have hard evidence. Indeed, fossilized feces are “the perfect evidence,” Sistiaga told BBC News, “because you’re sure it was consumed”.

You can learn a lot from poop. So much so that long-running medical sitcom Scrubs devoted an entire song from its musical episode to the explanatory powers of poo. It’s no surprise, then, that fossilized fecal matter is a prized find for archaeologists and paleontologists. And this sample is older by far than the runners-up from Greek latrines and Egyptian mummies.

Chu from MIT news outlines the paper’s methodology. First the team took soil samples from a variety of layers at the well-established Neanderthal hangout in El Salt. Back in the lab …

[Sistiaga] looked for signs of coprostanol, a lipid formed when the gut metabolizes cholesterol. As humans are able to break down more cholesterol than any other mammal, Sistiaga looked for a certain peak level of coprostanol that would indicate the sample came from a human.

She and [her colleagues] then used the same geochemical techniques to determine the proportions of coprostanol — an animal-derived compound — to 5B-stigmastanol, a substance derived from the breakdown of phytosterol derived from plants.

Each sample contained mostly coprostanol — evidence of a largely meat-based diet. However, two samples also held biomarkers of plants, which Sistiaga says may indicate a rather significant plant intake. As she explains it, gram for gram, there is more cholesterol in meat than there is phytosterol in plants — so it would take a significant plant intake to produce even a small amount of metabolized phytosterol.

Some scientists who otherwise appreciate the study’s argument have pointed out that the evidence that these coprolites are of Neanderthal origin may be a bit too circumstantial. From Nicholas St. Fleur at NPR’s The Salt:

Alison Brooks, paleoanthropologist at The George Washington University in Washington, D.C. […]  raises some questions about the team’s methods for determining who — or what — produced the poop. She says it’s possible the poop came from another omnivorous mammal, such as a wolf, bear or Macaque monkey.

And from Dan Vergano at National Geographic:

“Their results are confirming an idea that is still somewhat new in the field,” says paleobiologist Amanda Henry of Germany’s Max Planck Institute for Evolutionary Anthropology in Leipzig. But she cautions that more evidence showing that the fecal samples undoubtedly came from Neanderthals, and not from another omnivorous animal such as bears, would be reassuring.

Sistiaga’s team argues that the digestive compounds found in their analysis are present in ratios found only in humans. But Henry says by email that their argument would be bolstered with a deeper analysis: “I think the paper would have been stronger if they had used an independent means of identifying the coprolite, perhaps looking for human DNA or proteins.”

As for next steps, Sistiaga and her team plan to apply a similar analysis to an even older site — the 1.8 million year old Olduvai Gorge in Tanzania. “Until now people have carried out residue analysis on pots, tools, and other objects, but 90 percent of archaeology is sediment,” she told MIT News. “We’re opening a new window to the information that is enclosed in Paleolithic soil and sediment.”

Kenrick Vezina is Gene-ius Editor for the Genetic Literacy Project and a freelance science writer, educator, and naturalist based in the Greater Boston area.