The road to truth isn’t as straightforward as it seems.

Four senior members of the American Psychological Association have either been removed or have otherwise left the organization beginning in July of this year over interrogation practices of presumed terrorists viewed as poorly-advised or unethical but supported by APA officials.

Ever since there have been wars, there have been captured prisoners. Adversary positions, movements, numbers and so forth are ascertained with varying degrees of accuracy from the prisoners during interrogations. Current conflicts ongoing have similar pursuits of information to reduce the conflicts and casualties, but this pursuit of information hasn’t always occurred in ethical ways.

The current shakeup began last year when James Risen accused the APA of colluding with the military. During the APA’s internal investigation, it found many things of concern, both ethically and from a perspective of poor psychological science. The recently-overturned practices have their roots in organizational changes in the military, developed about fourteen years ago to respond to the 9/11 attacks.

In late 2001, both the CIA and the Pentagon sought out interrogation techniques from various Survival, Evasion, Resistance and Escape (SERE) psychologists to help in gathering information from captured targets and informants. However, based on the actual science underpinning human behavior and information-gathering, separating fact from fiction is very difficult. There are a few factors that work in tandem to make the job of question-and-answer more difficult: The quality of information extracted is often low and error-prone, that information integrity drops dramatically when the person being interrogated is under undue stress, and knowing which pieces of information are accurate and which are not is initially unknown,

While investigators and juries absolutely love to hear eyewitness testimony, the reality in fact is that it is astoundingly misleading an incredible proportion of the time. Elizabeth Loftus, a psychologist who was an external reviewer for a U.S. National Research Council (NRC) report on the dubious nature of eyewitness testimony said, “Just because someone says something confidently doesn’t mean it’s true.”

The stress of interrogation makes the interrogated say almost anything (and can be easily steered) in order to approach the goal of getting out of the interrogation situation. This includes lies, fabrications, half-truths, and any implanted testimony from the interrogators. In fact, standard psychological tests of memory are substantially negatively affected during SERE mock interrogations of military personnel. 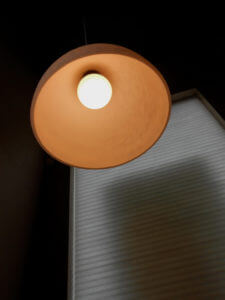 Supportive of this, Christian Meissner and team report that “accusatorial methods also significantly increased the likelihood of obtaining a false confession – a rather medium-to-large effect that is consistent with many cases of wrongful conviction in the United States.” This is an important observation, especially given that about 75 percent of the wrongful convictions in the United States were convictions based on so-called eyewitness testimony.

And there is also almost no polygraphy in substantial interrogations of high-value information sources, because the underlying assumptions of polygraphs make their results almost entirely unreliable. So why do these methods take place?

How interrogation techniques reflect the psychology of social identity theory

The behavior of torture during interrogation is actually more reflective of retaliatory feelings, rather than an objective pursuit of evidence and the truth; Those detainees who are tortured are so infringed upon because they represent the social ‘outgroup’ which becomes a generic scapegoat when trying to galvanize one side against another.

This shift in perception is easy for the brain to do, and occurs to set up a dehumanized proxy to represent the actual complexities of another nation, religion, social cause, or other conceptual alternative. The brain uses social ingroups and outgroups as a heuristic to simplify information processing, and unfortunately it becomes trivially easy for perpetrators to justify behaviors under heuristics after the fact. Isolated prison and trial sites also facilitate this behavior, if not encourage it, because isolated areas create what is known as a ‘microculture’ and it becomes easy to develop very particular rule expectations (group norms) for just that particular social subgroup operating in the site.

Related article:  Electricity from genetically engineered trees: It's not as crazy as it sounds—but is it ethical?

The alleged development of the ‘advanced’ interrogation techniques violated the APA’s Code of Ethics (much of Section 3). The APA has indicated that it is interested in separating itself from the military’s intelligence interrogations and detentions. Two of the psychologists implicated from the military, James Mitchell and Bruce Jessen, had developed some of the tactics based on misunderstandings and misrepresentations of psychological research, and the reliability and validity of the information gleaned from the interrogations tends to be less accurate than a coin flip. This same litany of logical flaws and misunderstanding of science is how misrepresented evidence and testimony from detainees is promulgated by investigators, including statements under duress in routine criminal trials across the world.

Charles A. Morgan III, an associate psychiatry professor at the Yale University School of Medicine, said the information that those interrogated disclose is not always reliable.

“With respect to interrogation (if the actual goal is to obtain valid information) it’s a bit like smashing your radio with a hammer and hoping it will improve the signal and sound quality,” he said. There are many non-aggressive ways to obtain much more accurate and high-fidelity information, but those require a lot of distancing from the local microculture and social ingroup.

Clearly these accusations and positional moves indicate serious breaches and changes in how work is and will be performed. There is widespread interest intimated by the APA to rectify the problems identified and continue to provide helpful and supportive work for military veterans and society at-large. But overcoming ethical gaffes is not a quick course-correction. Substantial systemic changes need to be made to prevent similar activities in the future. There is certainly positive work underway, but disentangling it from past transgressions is difficult. Martin Seligman, a past president of the APA, has been awarded a non-compete contract from the Army.

Gary Tallman, an Army spokesman, said the contract was given to Seligman for the benefit of soldiers.

The decision not to compete was affected by a compelling reason to execute this contract as quickly as possible, as the impact of current operations (Post-Traumatic Stress Disorder [PTSD] incidents) and a suicide rate reported to be sixty percent higher than in 2003 posed significant concern for the well-being of our Soldiers. … [Seligman’s is] the only program available that demonstrated it could meet stated requirements such as ‘longitudinal efficacy in randomized clinical trials, with improvement well documented in published research.’

Misunderstandings of psychological science by those developing these programs, an interest to act expeditiously and gather information as quickly as possible (apparently regardless of quality of information), and the need to dehumanize a social out-group has led to the current poor practices; But the identification of the problems has led to new ideas for policies and improved approaches.

Ben Locwin, Ph.D., M.B.A., M.S. is a contributor to the Genetic Literacy Project and is an author of a wide variety of scientific articles for books and magazines. He is also a neuroscience researcher and consultant for a many industries including pharmaceutical, psychological, and academic. Follow him at @BenLocwin.