Drug reverses aging — in rats. Could it help humans?

We’ve known for some time that many of the cognitive effects of aging seem to be related to inflammation and associated plaques that form within the brain.

These plaques seem to eventually reach a level where they interfere with cognition and memory. Building from this deductive hypothesis, researchers from Paracelsus Medical University in Salzbourg, Austria have attempted to restore cognitive ability to older rats who were compared to their younger counterparts to look for signals that indeed not only did they not function as effectively as the younger rats, but that their cognitive faculties could be restored by treatment. The researchers identified their results as a success. 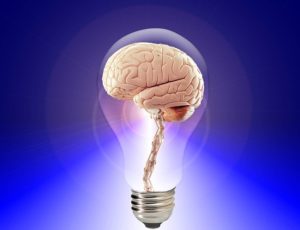 Firstly, in these type of studies, the rats are known as animal models and act as proxies for what might happen if a similar treatment was done with humans. The research was designed from the outset to acknowledge and address two main components hypothesized to have the most significant effects on mental decline with age: Slowing of development of new neurons and inflammation in brain tissues in certain brain regions. Two groups of rats were tested: a relatively young group, and an older group.

After the researchers determined that there were demonstrable cognitive differences evident in the older rats, they were given drug treatment with the anti-rhinitic montelukast, which is an active leukotriene receptor antagonist (LTRA) marketed in the United States under the brand name Singulair.

The activity of LTRA drugs on leukotriene receptors reduces symptoms that would otherwise be triggered; In this case, the leukotrienes whose activity is blocked by montelukast are a class of eiconsanoid inflammatory mediators and result in bronchoconstriction in the lungs and bronchial tubes.

If it sounds too good to be true…

The lead author of the rat study expressed, “We’ve restored learning and memory 100 percent, to a level comparable with youth.”

The actual reality, as is often the case in research, was a bit more reserved: markers of inflammation were quantified by the team to be about 80% lower in the older rats on treatment, though the range of results was substantial. The older rats also seemed to have an increase in neuron growth — about half the rate of the younger rats. What this tells us is that the effects seem to be real, though the sample size in the young and old rat groups are very small — too small to draw any conclusions (remember too that even the very small sample sizes also had to be themselves subdivided to have control groups).

The study’s lead author stated, “I think the drug reverses the damage associated with ageing,” and some others have reported variously that these results represent “reversal” of the aged brain.

This isn’t strictly true. Reducing inflammation could allow for mechanistic improvements in cognitive function, but it’s no more and no less than precisely that: Reducing extant age-related effects that are interfering with cognition and memory, not reversing the brain to represent an earlier state. The results do agree with what we could hypothesize about the function of montelukast and leukotrienes in vivo.

Generalizability of montelukast is unsurprising

Related article:  Why the 'distorted memories' of people with dementia are so important

Something we’ve known for years with LTRA drugs, and montelukast in particular, is that they have side effects including risk of increased agitation, sleepiness, dizziness, and more rare effects including aggression, hostility, anxiety, depression, strange dreams, sleepwalking, tremor, hallucinations. This speaks to the very wide influence that leukotrienes have within the body, and not just on breathing efficiency. Many of these effects of course are severe, and the FDA investigated in 2008 the evidence suggesting that LTRAs can institute changes in mood and suicidal thoughts. The neuropsychiatric conclusions were that they increased insomnia, but post-marketing surveillance data revealed that there may indeed be an increased risk of suicidal behavior taking LTRAs, as well as the other rare side effects listed above. For these reasons, much more study is warranted for expanded indications on this drug class, and also the neuroprotective effects were not observed in the young rat group, only in the older group.

With inflammation and plaques being important causal hypotheses in neurodegeneration, having a treatment to reduce some of these adverse effects in older people would represent an extremely important therapeutic option. For this reason, the research team is going to focus on trials in older humans with Parkinson’s disease next. The rat study shows promise into a pathway known of leukotrienes but never formally studied, which is important; The study duration was also very short (6 weeks), so extrapolating the effects over time or assuming stability of results for longer durations are data assumptions that cannot be taken. However, with so many people in the general population exposed to montelukast and other LTRAs, there is the potential for large-scale longitudinal results to be collected. And while this has been proposed, many of these study types suffer from self-reporting bias, placebo effects, and subject-expectancy effects.

Starting new trials as the research team is intending is the only way to properly design and execute a randomized controlled trial to look for the expected effects. There are currently estimated to be about 10 million Parkinson’s disease patients worldwide and 40-50 million Alzheimer’s patients, though these numbers are often substantially under-reported, given the relative lack of rigorous screening. In any case, improvements or resolutions to these conditions represent tremendous potential for society.

Ben Locwin, Ph.D., M.B.A., M.S. is a contributor to the Genetic Literacy Project and is an author of a wide variety of scientific articles for books and magazines. He is also a consultant for a many industries including biological sciences, pharmaceutical, psychological, and academic. Follow him at @BenLocwin.