If you care about the future of our planet, here’s why you should support GMOs

I live and farm alongside my boyfriend who is a fifth generation farmer. I find myself constantly having to defend modern agriculture. There are a lot of opinions on the Internet, but sometimes it feels like farmers are the last people asked about farming. How does that make sense? You go to your doctor for medical advice, your lawyer for legal advice, your mechanic for car advice… Doesn’t it make sense to go to farmers to find out what’s really going on on our farms?

There’s one topic in agriculture that I think is exceptionally riddled with myths, and that’s genetically modified organisms, or GMOs. We grow corn and soybeans and have been doing so for over 150 years as a family. We see firsthand the benefits of GMOs. Over 90 percent of farmers have been using this technology for decades. Why do you suppose that is?

No, it’s not because we are forced to. No, it’s not a conspiracy. No, we aren’t using more chemicals than ever before. These myths, repeatedly endlessly by critics of GMOs, are just not true.  The reason why 90 percent of American farmers have embraced ag biotechnology is because it has substantially reduced our carbon footprint, while improving yields, farmer safety, and the environment at the same.  It’s brilliant technology, really.

The term “GMO” covers a broad spectrum of benefits, but for our corn and soybean farm it breaks down to a few key ones:

3) Practically eliminates the need for insecticides

Despite the fact that all three of these benefits are very important, in my opinion, and I think other farmers would agree, #3 has had the greatest impact on us from a genetic engineering standpoint. Eliminating insecticide spraying thanks to Bt technology, which enables a plant to express a natural pesticide that targets insects but is harmless to humans, has been a Godsend. 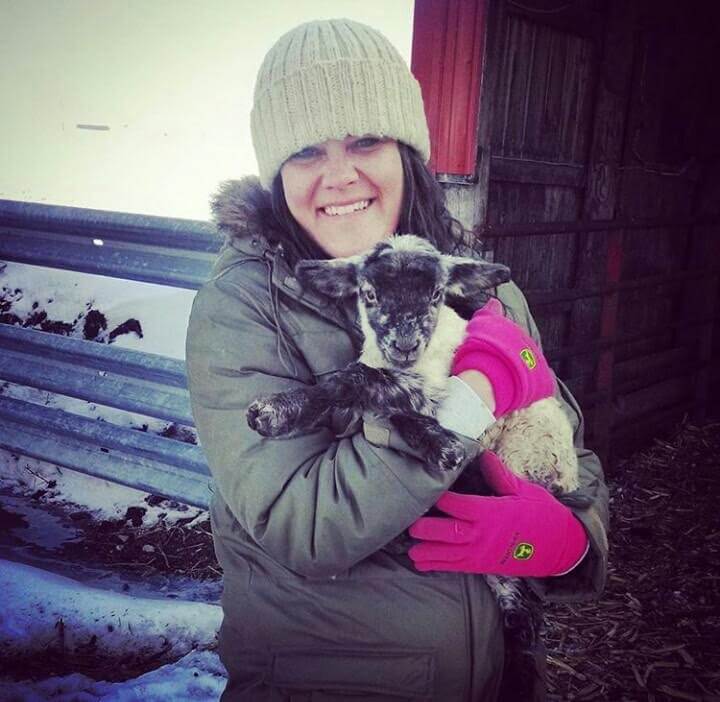 In an effort to better understand what farming was like back in the 60’s, 70’s and 80’s, I took some time to interview my boyfriend’s father and uncle, Rob and Ron Sass.

“I remember having to take training courses on how to handle insecticides back in the 70’s,” Ron told me.  “We had to be careful. If we handled this stuff, we couldn’t come home and hug our wives and children, for fear we would get it on them. If we were filling our sprayers and it was a windy day, we could really be in trouble. It was some pretty nasty stuff back in the 70’s.”

Rob added:, “A lot of guys… Well, you could rub your nose with your hand and not even think about it. But these were ‘skull and crossbone’ products, they were not safe to ingest.”

The insecticides that farmers used before insecticide resistant GMOs came onto the market go by several different names: Lorsban, Furadan, Counter, Thimet, Dyfonate. When it comes to chemical hazards there are many different pictograms and warning labels on products, but skull and crossbones is one you don’t want to mess with. Of course as always, the dose makes the poison, but thanks to GMOs farmers very rarely have to handle these products anymore. This has mitigated farmer’s occupational exposure risk, while not coincidentally helping the crops and environment. Crop quality is also much higher than it used to be. We haven’t had to use insecticides on our cornfields in the 15 years since we started planting GMO varieties, and overall insecticide use in the United States as an industry is down 85 percent.

Not only are insecticides practically obsolete for our GMO crops, another benefit to these modern seeds is that they only target very specific pests such as the cornborer or the rootworm, which can have devastating effects on corn. Before this very specific and very scientifically proven technology came around, insecticides killed all insects, even the beneficial ones.

“I remember back in the 70’s you could tell we had been planting corn because it smelled so bad when we filled the planters with the insecticide product,” added Rob. “It killed everything, and you could just smell it when you drove down the road. The dose makes the poison, but I remember feeling sick one day back when we had open cab tractors.”

But in order for farmers to successfully control the damaging effects of crop diseases and insect infestation, they must focus on more than just the insecticide aspects. Before the safer herbicides of today were introduced, the products farmers had access to were far worse than they are now. Atrazine, for example, would have residual effects in the soil so you were not able to rotate corn and soybeans. You had to grow corn the following year after growing because atrazine would kill soybeans if you tried to rotate the crops. (Soy is a broadleaf, while corn is a grass.) Today, farmers are able to rotate corn and soybeans, thus interrupting insect survival.

The “GMOs cause monoculture” is another myth; it is actually just the opposite. GMOs help the soil and crop diversification/rotation. Partner crop rotation with no-till methods and cover crops and you have a recipe for soil success.

If you eliminate insecticides you save the beneficial insects like bees, butterflies, or ladybugs, which eat soybean aphids. Elimination of insecticides also means less passes with farm equipment which saves on fuel and mechanical wear and tear, thus reducing our carbon footprint. According to the International Service for the Acquisition of Agri-Biotech Applications (Isaaa.org), the positive impacts of crop biotechnology equate to removing 11.9 million cars of the road for one year. 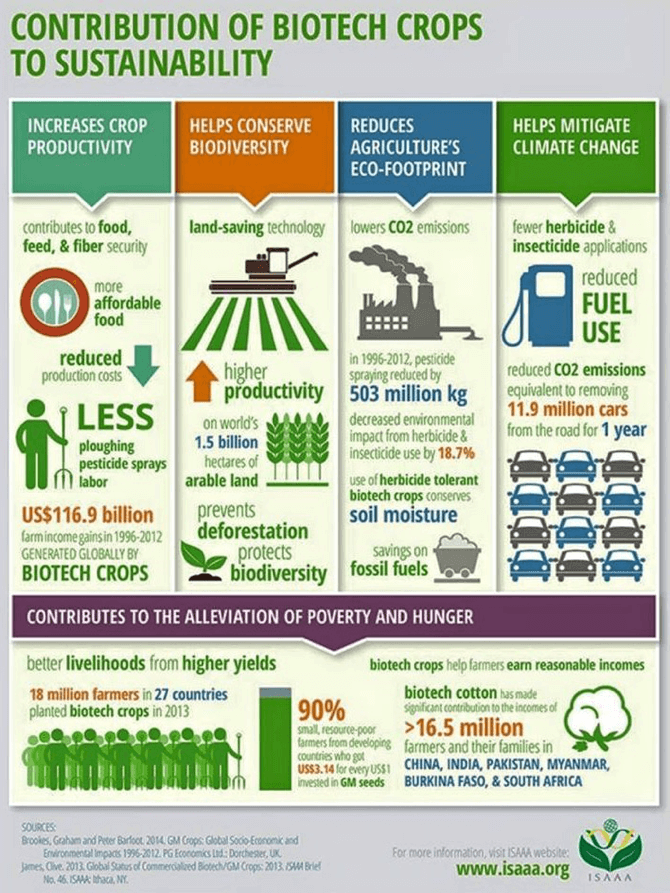 It baffles me when I hear some people complain about our current food production system (with their bellies full, of course!) when we have made so many leaps forward. We need to understand that science and progress are doing wonderful things for agriculture, and I’m confident they will continue to do so. Technology has improved in every aspect of our lives and agriculture is no exception.

If you believe in moving forward with our planet to feed 9 billion people by the year 2050; if you believe farmers should have the ability to grow more food on less land while conserving resources, using less chemical and fuel inputs; if you believe in eliminating insecticides while preserving the topsoil of our land for future generations, there has never been a better time than right now to support biotechnology for the future of agricultural production.

Michelle Miller, Farm Babe (@thefarmbabe), raises sheep and beef cattle while helping on her boyfriend’s 2,000-acre crop farm in Northeast Iowa. She is a passionate agvocate and believes it is important to bridge the gap between farmers and consumers. In addition to running her blog, www.facebook.com/IowaFarmBabe, she does freelance writing and public speaking.