CLAIM: A new analysis of the residue on common American foods showed high levels of the herbicide glyphosate and Monsanto, the EPA, and the FDA are in cahoots to silence word of the chemical’s harmful effects and its high concentration in foods. 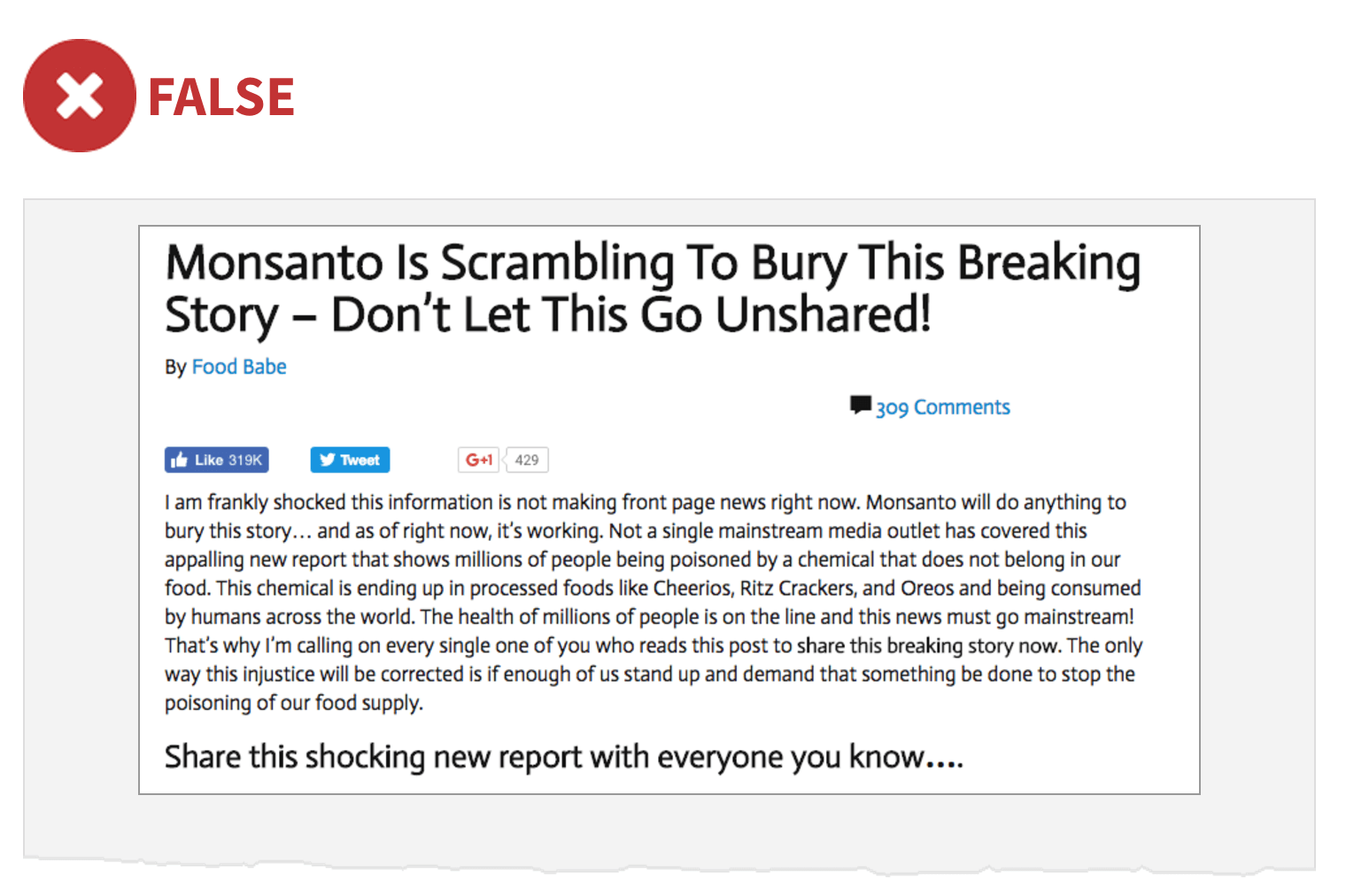 On 15 November 2016, the natural food evangelist and alternative health guru known as the Food Babe posted a report from a natural food activist group named Food Democracy Now that alleged to demonstrate common American foods contain high levels of glyphosate, a chemical in Monsanto’s RoundUp herbicide and the most prevalent weed-killer on the planet.

Instead of providing evidence of the alleged connection, the Food Babe presented the results of non-peer reviewed lab tests performed on various food items at the behest of the activist groups Food Democracy Now and The Detox Project, alleging it exposed high levels of the herbicide on common foods.

There is no evidence to suggest the FDA shut down its residue program due to complaints from Monsanto. While scientists and regulators have and continue to debate methods for assessing and testing potential harm from glyphosate, the broad scientific consensus is that it is not a risk, and the un-reviewed results of a questionable laboratory exercise do not change that assessment.

The GLP aggregated and excerpted this blog/article to reflect the diversity of news, opinion and analysis. Read full, original post: ConfoundUp