Fighting cancer by shifting the body’s immune system into overdrive

My husband, Scott, lies in bed at Cottage Hospital, so weak he can’t lift his head. He’s hallucinating, convinced that ants are marching across the ceiling. But I sob with joy. Our oldest daughter dances around the room. The doctor grins. The nurse must think we’re insane. It’s February 2016, one week before Scott’s 61st birthday, and this was his “breakthrough event,” the turning point of his cancer treatment.

It may be surprising that Julia McHugh and her daughter celebrated her husband’s hallucination. Or that Max Vokhgelt’s physicians took it as a good sign (prematurely, it turned out) when his fever spiked over 105 degrees. But such is the counter-intuitive nature of cancer immunotherapy, in which signs that a patient is getting sicker can actually mean the treatment is working.

Within the last year, immunotherapy has become the go-to treatment for late-stage melanoma and other cancers that have resisted treatment. Drugs like Opdivo and Keytruda manipulate the immune system to kill cancer cells. The immune system has several defense mechanisms that protect by attacking germs. But it also has mechanisms that control cell growth and keep abnormal cells from growing into tumors or other cancers. One type of immunotherapy ramps up these control mechanisms by removing so called-check points that dampen down the response.  From Dr. Michael Postow at Onclive:

I like to just tell patients that the immune system is like a police force within their body, policing against viruses and bacteria and things trying to invade them, but also polices against cancer. And, for whatever reason, in that individual patient, their body is just not fighting the melanoma strong enough. So, anti-PD-1 is a way of enhancing the patient’s immune system to try to help their own body’s immune system destroy the tumor.

But these checkpoints drugs don’t work for all patients. Those who respond well can expect to live about 6 months longer. The drugs also lose effectiveness over time, for unknown reasons. It’s impossible to know right now which patients will be good responders and which won’t. And the drugs are hugely expensive, although often covered by insurers. 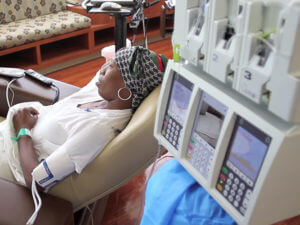 Matching patients to highly-specific treatments isn’t just an immunotherapy problem. Most of the precision medicine based treatments — where doctors use genotyping to match cancer treatment to specific genetic mutations driving the cancer — also suffer from this. Maybe half of patients respond, but we don’t know why. From Stephen Hall in Tech Review:

“Realistically, for a lot of patients, this is not going to be helpful to them,”says [oncologist Michael Kolodziej]. “For others, it might be the single most important thing you could do. And I can’t tell one from the other right now.” Quandaries like this abound. Most of the mutations found in cancers are exceedingly rare, and the medical significance of many of them is murky. Some mutations are treatable; others are not, or at least not yet. Moreover, the treatments have not been uniformly successful. A subset of patients respond, but the responses are typically short-lived; many people do not respond at all.

Beyond checkpoint therapies, clinical trials are underway for another kind of immunotherapy. CAR-T therapies harness the germ-killing power of the immune system and use genetic engineering to turn it against cancer cells. From STAT:

In the CAR-T approach, doctors draw blood from the patient and extract his or her T cells, a type of white blood cell that attacks other cells that are infected with viruses or cancer. The T cells are then genetically manipulated and tagged with a protein that helps them home in on cancer cells. These souped-up cells are then infused back into a patient.

This approach is less advanced than checkpoint inhibitor drugs already on the market. And its difficult to do, meaning it will be very expensive once it becomes an approved therapy. And again, this therapy doesn’t work on all cancers. Solid tumors, for example, can secrete hormones that change the chemical environment around them so typical immune responses don’t work.

The CAR-T therapies currently in clinical trials have suffered from some severe side effects including death. STAT detailed the story of a trial in which three patients died, including the previously mentioned Max Vokhgelt. The extreme immune response initially appeared to be successful, but the treatments also resulted in fatal brain swelling likely caused by “a massive overreaction by the cells of the immune system, known as a cytokine storm.” 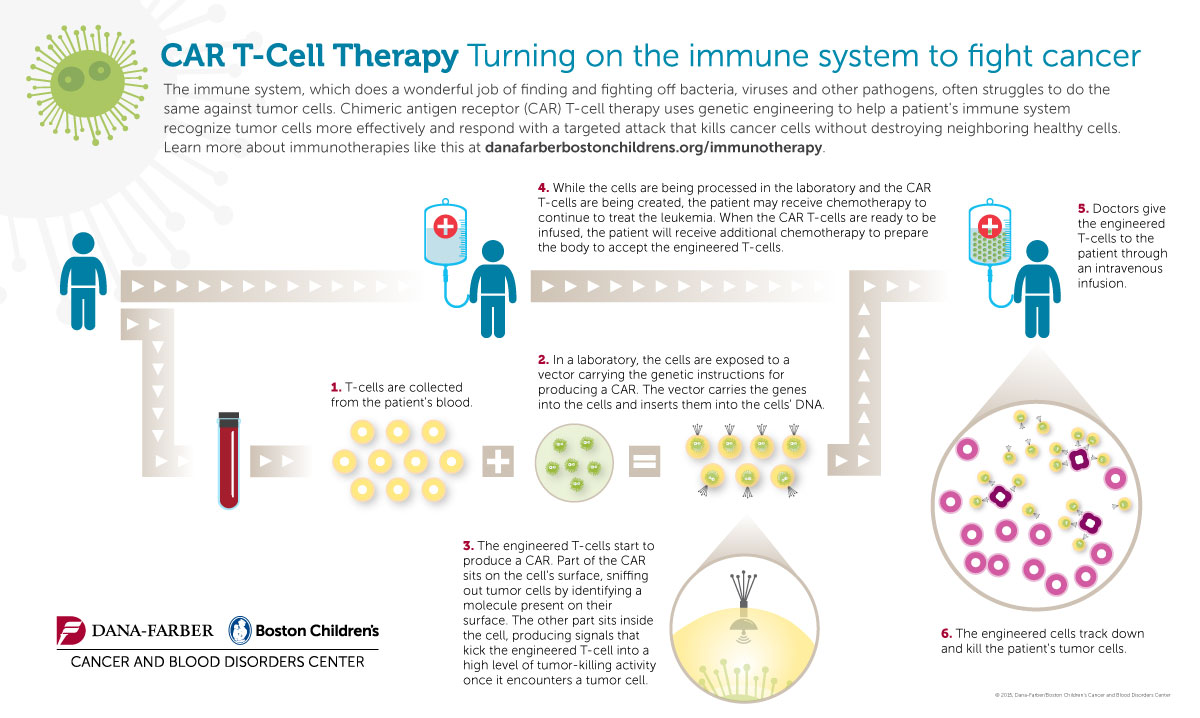 There are also questions of access. Most patients don’t go to academic medical centers that run clinical trials and genotype for cancer treatments. They end up at community health centers that provide standardized radiation and chemotherapy. That is such a big deal that the Cancer Moonshot project named it as an important obstacle in a 2016 report.

And the costs are prohibitive. Genotyping a tumor, for example, can cost around $1,000. Those costs are not reliably covered by insurance. That’s before treatment even begins. “Targeted therapies can easily cost $10,000 a month. Insurance companies don’t always cover them, given the uncertainty over how many patients are likely to benefit,” Hall writes.

Given the profound side effects, short increase in life span and prohibitive costs — is the promise of immunotherapy overhyped? Headlines calling the therapies a miracle are definitely misleading. Importantly, none of these drugs is a cure for disease. On the other hand, immunotherapy will likely become as important as radiation and chemotherapy for some cancers, adding time onto the lives of patients with terminal illnesses.

From a public health perspective, that’s always been a difficult calculation. Stephen Hall at Tech Review:

Questions about precision oncology vex doctors, scientists, health insurance companies, and the more than 1.6 million Americans who will receive a cancer diagnosis this year. How many patients might benefit from DNA sequencing of their tumors? Who will have access to this medical approach, which is exceptionally expensive? How much is society willing to pay for the small subset of patients who might benefit?

Meredith Knight is a frequent contributor to the Genetic Literacy Project. Follow her @meremereknight.