Marrying your cousin? There may be evolutionary benefits

“It’s All Relative in West Virginia” read one. “West Virginia: No Lifeguard at the Gene Pool” read another. These incest-themed slogans, which appeared on Abercrombie & Fitch T-shirts, caused quite an uproar back in 2004. The level of outrage these shirts generated is a reminder that incestuous relations are a third rail of genetics research.

Genetic counselors typically warn against close-cousin procreation, and US laws partly reflect this. Twenty-five US states simply will not grant marriage licenses to first cousins, and some of the states that do allow it have substantial restrictions. Arizona, Illinois, Indiana, Utah, and Wisconsin, for instance, allow the marriage if the couples do not produce children (it’s not clear how this is enforced). In Maine, you can marry your first cousin, but only if you have genetic counseling first. Then, there is North Carolina, where you can marry your first cousin, so long as you’re not double 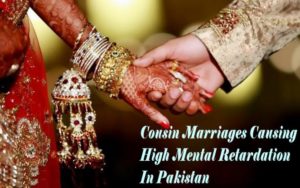 first cousins—when two people share both sets of grandparents. It’s also allowed in many countries, although the taboo is growing.

If sharing grandparents with a reproductive partner makes you queasy, your reaction may be related to societal norms and cultural taboos. It also may be in line with science, and the result of evolution. Surprisingly though, while Inbreeding carries certain risks, it may not be as hazardous as we have been led to believe.

All humans are related

Marriages between first cousins are not so common in our society, but chances are high in many closed societies and tight knit communities that a spouse is a 6th, 7th, or 8th cousin, at least. Scientifically, inbreeding refers to procreation between much closer relatives. If you follow your pedigree backward in time something interesting happens. You had four grandparents, and eight great-grandparents, right? Go back an additional generation and the number of distinct ancestors should be sixteen; still probably true for most of us. Now, project backward eight, nine, ten

generations, and the predicted number of forefathers and foremothers comes out to 256, 512, and 1,024, respectively.

But you really don’t have that many ancestors, because your pedigree contains ‘repeat ancestors’, people who are your foremothers or forefathers—as well as fore great uncles and aunts multiple times. The number of repeats increases the further in time you look back, such that your total number of ancestors is hardly increasing once you start looking more than 12 generations or so into the past.

This phenomenon is called pedigree collapse and it makes sense, because without it the human population in the past would have to have been larger than the 7.34 billion that it is today–a lot larger. Yet we know that it was a lot smaller.

From archaeology and from studies of Y chromosomal and mitochondrial DNA (mtDNA) haplotypes, we know that human ancestors went through several genetic bottleneck and founder events, in which small groups of individuals gave rise to populations that expanded into different regions of the globe. For this reason, human genetic diversity (the amount of variation in the human ‘gene pool’) is notably less compared with genetic diversity within various non-human primate species. The relatively low amount of diversity goes hand and hand with inbreeding which reduces diversity. To account for the human pedigree, the further back in time you go, the more breeding there had to be among people sharing great-grandparents, grandparents, great-uncles and great-aunts, uncles, aunts, and even parents. Incest may not sway with our current cultural beliefs and practices, but it most certainly happened. And none of us would be here today without it.

Disadvantages and risks of inbreeding

One major disadvantage of inbreeding is that it reduces the amount of gene flow into a population and therefore slows the development of genetic diversity. Genetic diversity enhances longevity of a population by increasing the likelihood that some individuals will survive a catastrophe, such as a major climatic change, or a deadly, widespread epidemic.

Related article:  Could 2018 mark the end of the anti-GMO movement?

Inbreeding also carries risk in the form of recessive diseases—a condition in which you have to inherit two copies of the diseased gene to have it. Sickle cell disease (concentrated in equatorial populations), Tay-Sachs disease (common among Ashkenazi Jews and French Canadians), cystic fibrosis and phenylketonuria are all classic examples of recessive diseases that are disproportionately common in populations that have been historically insular. If a brother and a sister have a parent who is heterozygous (one copy of the gene) for a Tay-Sachs gene, an enzyme deficiency affecting the central nervous system, there is a high probability their child will have the disease. The probability is lower with first cousins, but there is still a significant risk. The risk goes down a lot if you consider second cousins and so on.

Tay-Sachs has classically affected Ashkenazi Jews, which is why today it is particularly a problem in ultraorthodox Jewish sects in which marriages are often arranged within their own groups. There are dozens of “Jewish Genetic Centers” around the world studying “Jewish diseases” because of the inbreeding over 1500 years caused in part by cultural isolation.Anabaptist Christians, such as the Amish and Hutterites in North America, also have a large degree of inbreeding. In the case of the Amish, this has led to a significant number of 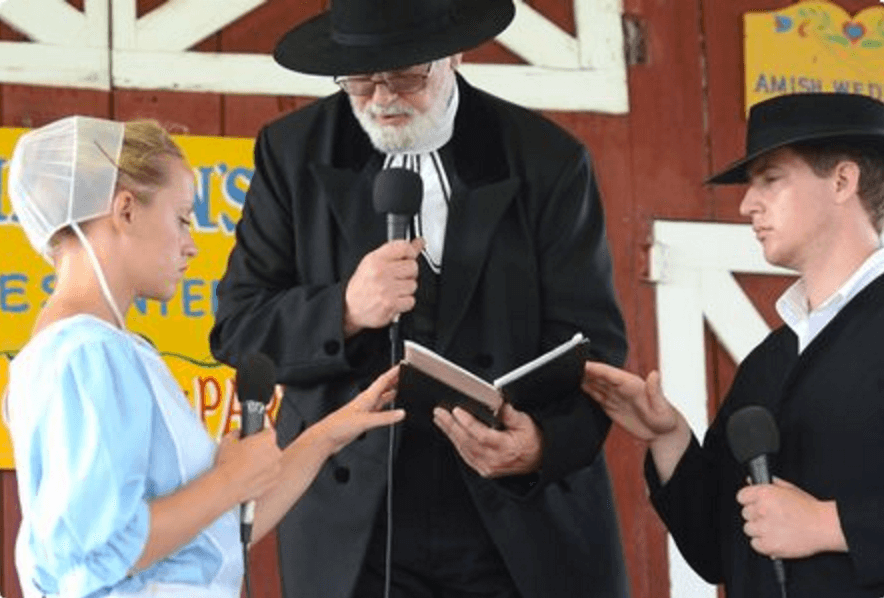 documented cases of Ehlers-Danlos syndrome, a recessive condition featuring defects of connective tissue within the skin, bones, blood vessels, and other organs.

Inbreeding in nature: Is there a genetic sweet spot?

Inbreeding between brothers and sisters is fairly common among wasps. No, not White Anglo-Saxon Protestants—although studies of ancient DNA published in the journal Nature do suggest that the European gene pool emerged less than 7,000 years ago from 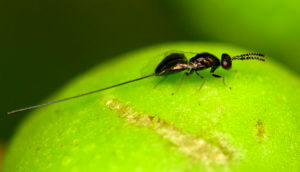 mixing of three founding populations. No, I’m talking about fig wasps. As with any sexually-reproducing life form, inbreeding increases the number of homozygous individuals, which increases the likelihood that a recessive disease will show up. Wasps are haplodiploid, which means that females have two sets of chromosomes, one from each parent, but the males have just a maternal set. Consequently, just one gene will manifest a trait, even if that gene is recessive. It makes recessive abnormalities dominant in males, and thus potentially more influential over population growth than there would be otherwise. So why then would a male wasp mate with his sister? Scientists think it’s because it exposes lethal genes to natural selection, thereby weeding them out of the gene pool, rather than allowing them to linger as say the Tay-Sachs gene lingers in humans, and so the population as a whole benefits.

Might inbreeding also confer some evolutionary benefit in humans? Some scientists think that exposure of detrimental traits to selection via inbreeding could have benefited humans in the past similar to the way that it benefits wasps. But there could also be advantages of amplifying positive family traits.

Having children with your eighth, sixth, or even a fifth cousin, is not inbreeding, whereas first-cousin parenting is inbreeding to such a degree that there are laws dealing with it. But fascinating research shows that the highest human fertility rates exist among couples who are 3rd cousins. Fertility is a good way to assess evolutionary fitness, because lethal traits due to recessive genes frequently manifest as spontaneous abortions, typically occurring so early in gestation that they’re rarely even noticed as a pregnancy.

A version of this story first appeared at the GLP in October 2016.