How agriculture can lead the way to a lower carbon economy

During its final days, the Obama administration White House Council on Environmental Quality (CEQ) released an intriguing report on how the United States can transition to a low-carbon economy by 2050 while continuing economic growth. The report gives a starring role in this job to agricultural lands.

The second key strategy, however, is less often discussed: the potential of cropland and grassland soils, as well as forests, to store and sequester hundreds of millions of tons of CO2 annually. The report – informed by decades of scientific research – describes the opportunities to explore in this area.

Carbon sequestered by forests, agricultural croplands and grasslands offset 11 percent of U.S. GHG emissions in 2014. The report states that with continued scientific research and efforts to implement carbon storage strategies, U.S. lands could offset up to 45 percent of U.S. emissions by 2050. 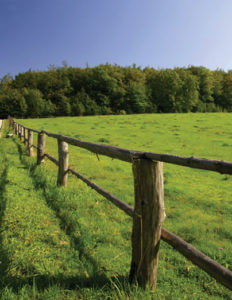 Scientists and agronomists have been studying the carbon sequestering properties of healthy soil for a long time. They are starting to understand the intricacies of practices that help restore soil productivity, such as no till farming and planting cover crops, which have the potential to help soils absorb and hold carbon.

For the past six years, the Environmental Defense Fund has worked with ranchers to identify opportunities to advance the science around carbon sequestration and develop ways to reward them for conservation practices. We have helped to develop several grasslands protocols that were approved by the Climate Action Reserve and American Carbon Registry to generate credits which can be sold into carbon markets. We are in the process of piloting one of these protocols, which will provide revenue to ranchers to maintain and manage intact grasslands.

The third strategy that CEQ describes as critical is reducing production of non-CO2 greenhouse gases that altogether account for about 20 percent of U.S. emissions. Methane from dairy and livestock operations and nitrous oxide from fertilizer application are two places where efforts to reduce emissions can be focused.

Related article:  Farmers, here's what the public wants to know about food

Scientists are developing tools to help farmers optimize fertilizer use so more is taken up by plants and less is lost to water and air. EDF is also testing tools for measuring methane from agriculture, such as using aircraft equipped with methane sensors to fly over suspected point sources and collect data.

A call for farmer incentives

Pursuing these three strategies won’t stall economic growth or hurt business, according to CEQ. Past evidence shows they’ll help. Between 2008 and the end of last year, for example, the economy grew by 10 percent while carbon emissions in the U.S. dropped by 9 percent. 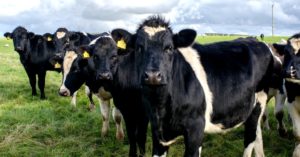 Farmers who optimize fertilizer use reduce releases to the air and water while at the same time saving money. In parts of the country, farmers are earning additional income by capturing methane emitted from manure-water storage and converting it to biofuels for electricity generation or transportation fuel. These capture technologies are gradually coming down the cost curve, which will make them scalable and affordable.

CEQ undertook its ambitious decarbonization study to fulfill the long-term pledge of the Paris Agreement to balance carbon sources with carbon sinks during the second half of the century. This gives us time to work on these technologies.

“U.S. landscapes will play an increasingly important role in supporting economy-wide decarbonization over the next 30 years,” the report concludes. We believe this can happen while farms’ productivity yields and success grow too.

A version of this article appeared on the Food and Farm Discussion Lab as “How Agriculture Can Help Drive a Low Carbon Economy,” and it has been republished here with permission from the author.

Robert Parkhurst is the Director of Agriculture Greenhouse Gas Markets for the Environmental Defense Fund. In 2007, he was awarded a Climate Protection Award from the US Environmental Protection Agency for his leadership on climate change. He also serves on the California Climate Action Registry Board of Directors. Twitter: @rtparkhurst