Currently, there is a social and political controversy about the safety of foods produced from genetically modified (GM) crops. However, in the scientific community, there is no dispute or controversy regarding the safety of these crops. To date, more than 3,000 scientific studies [1,2,3,4,5,6,7,8] have assessed the safety of these crops in terms of human health and environmental impact. These studies together with several reviews performed on a case-by-case from regulatory agencies around the world have enabled a solid and clear scientific consensus: GM crops have no more risk than those that have been developed by conventional breeding techniques.

In addition, there is also extensive literature that compiles the socioeconomic and environmental benefits that transgenic crops have reported in two decades of commercialization [9,10].

The update shows that 284 technical and scientific institutions recognize the safety of GM crops and their potential benefits. Interestingly a large part of these institutions are located in Europe, the continent that has put more obstacles to the commercialization of these crops. On the other hand, the countries with most organizations in favor of GM crops are United Kingdom (33), United States (25), Italy (23), Spain (16) and Germany (11).

After categorizing the different institutions from Africa (14), Asia (5), Europe (89), Latin America (8), North America (28), Oceania (7) and internationals (15), a total of 166 institutions was obtained. If we add the 101 academies and 27 scientific unions that signed the document of the International Council for Science (ICSU), we get a figure of 294 institutions.

However, in the current 121 national scientific institutions that are members of ICSU, 13 already appear on the categorization by continents – the academies of sciences of Australia, Brazil, Cameroon, Chile, Czech Republic, France, India, Kenya, Ghana, Vatican, Mexico, UK and United States, and these academies where members of ICSU before the document was signed in 2003. Therefore, if we subtract these 13 members, we get a figure of 281 institutions.

But we must note that the European Academies Science Advisory Council (EASAC) is composed of 29 members, and 26 already appear on the categorization by continents or in the declaration of ICSU. So we must add the 3 remaining institutions (ALLEA, ‘Croatian Academy of Sciences and Arts’, and the ‘Spanish Royal Academy of Sciences’) adding a final figure of 284.

In conclusion, 284 technical and scientific institutions recognize that GM crops are not riskier than those produced by conventional breeding, and/or the potential benefits of these crops. 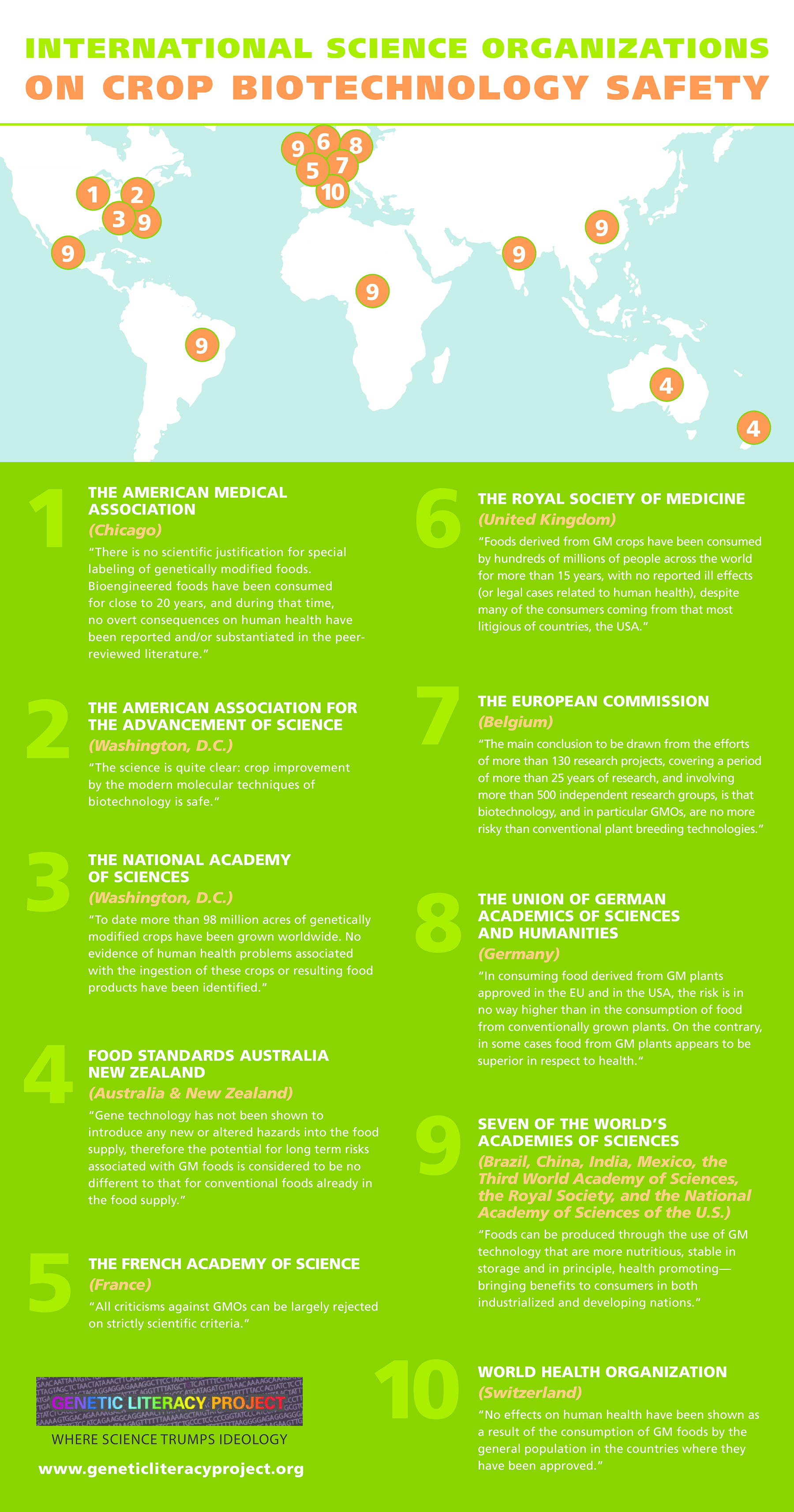 A version of this article appeared at Sí Quiero Transgénicos as “More than 280 scientific and technical institutions support the safety of GM crops” and has been republished here with permission from the author.

Daniel Norero is a biochemistry student and works in the Laboratory of Molecular Plant Pathology at the Catholic University of Chile. He is the founder of the Hispanic biotechnology advocacy movement “Sí Quiero Transgénicos” and also writes for the Chilean Skeptical Association and LatinAmericanScience. Follow him on Twitter @DanielNorero